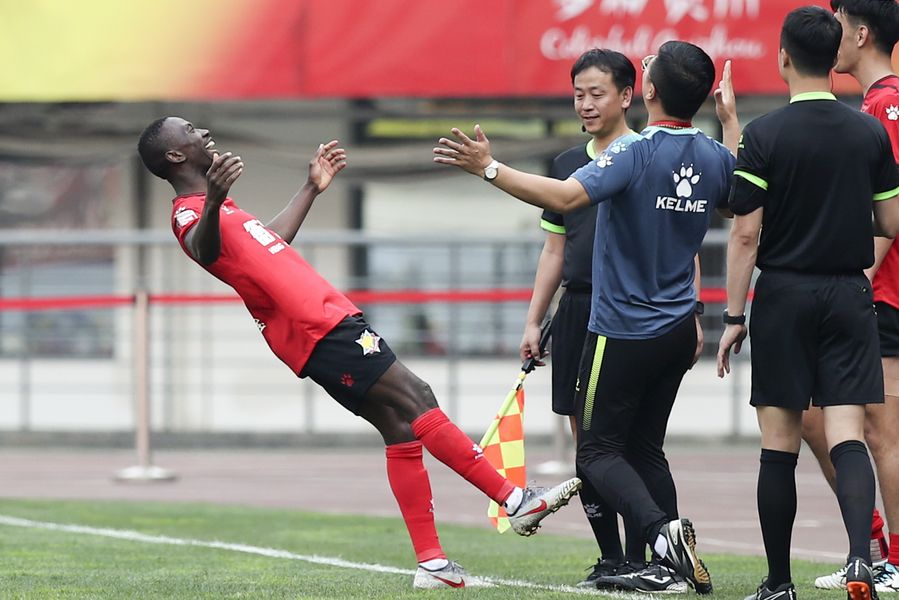 Pa Dibba (L) of Shanghai Shenxin celebrates his goal during the 6th round match of China Super League One against Guizhou Hengfeng in Guiyang, southwest China's Guizhou Province, on April 20, 2019. (Photos: Xinhua)

Three 2nd-tier and six 3rd-tier clubs were disqualified for next season's Chinese professional league matches after failing to pay salaries of players, coaches and staff on time.

BEIJING, Feb. 4 (Xinhua) -- Nine clubs will not be eligible to take part in China's professional football league for the upcoming season as they have failed to pay the salaries of their players, coaches and staff on time, the Chinese Football Association (CFA) said on Tuesday.

These clubs "failed to submit, by February 3, 2020, the confirmation forms for full payment of coaches, athletes and staff wages and bonuses for 2019," the CFA said in a statement on its website. 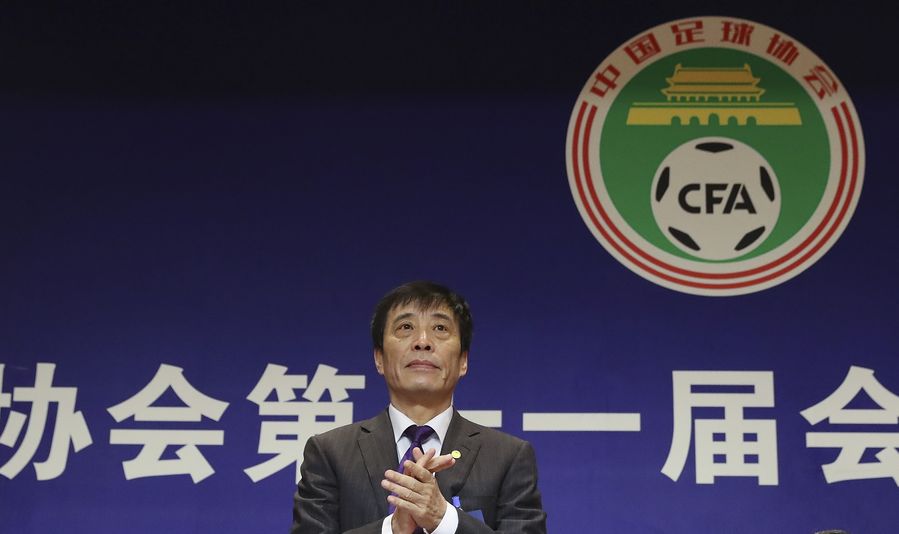 The CFA announced last October that failure to pay salaries of players, coaches and staff on time will result in disqualification for next season's professional league matches.

Insiders say the policy, together with a salary cap to be implemented from the 2020 season, is aimed to curb excessive spending by Chinese clubs.

"Our clubs had too much money burned and our professional football has not been run in a sustainable way," CFA chairman Chen Xuyuan told Xinhua in December last year.

"If we don't take timely action, I fear it will collapse."