No public for torch relay in parts of host city Tokyo 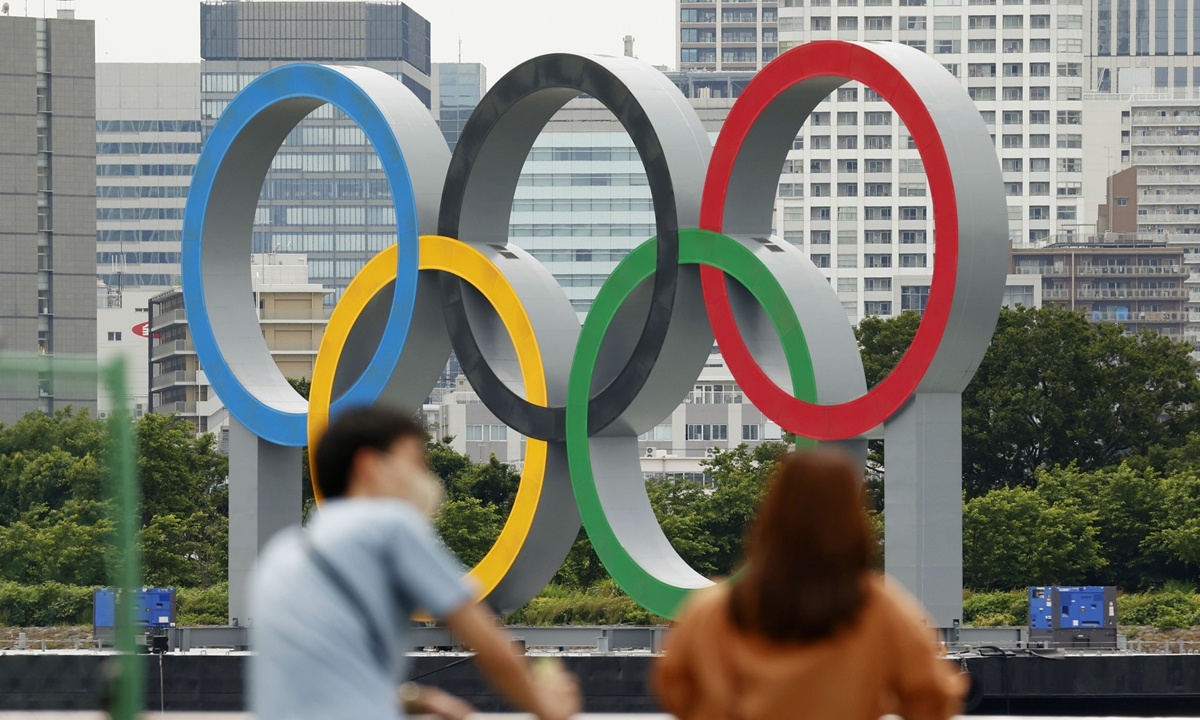 An Olympic rings monument in Tokyo's Odaiba waterfront area on Wednesday. Around 10,000 of the 80,000 volunteers who signed up at the Tokyo Olympic and Paralympic Games have quit, NHK reported Wednesday, citing organizers. (Photo: VCG)

Parts of the Olympic torch relay in host city Tokyo will be taken off public roads, officials said Wednesday, in another virus setback for the flame as it travels across Japan.

The Olympic torch relay due to begin on July 9 in Tokyo will mostly be displayed at closed ceremonies for the first eight days of its time in the capital, in line with virus countermeasures, Tokyo government official Koichi Osakabe told AFP.

"Instead, we will have a ceremony each day at the final spot of the day's [planned] relay runs," he said, adding that roughly 100 runners per day would be affected by the change.

The change mostly affects portions of the relay outside Tokyo's 23 central neighborhoods.

Osakabe said a decision on how to hold sections in more densely populated parts of the relay would be made later.

The flame will make its entrance at the National Stadium in Tokyo on July 23 - the opening of the Olympics - after traversing Japan's 47 prefectures.

But it has regularly been forced off public roads because of virus concerns, with torchbearers having to settle for passing the flame from one to another in closed ceremonies at single sites.

With just weeks until the Games open, the pandemic continues to cast a long shadow.

Tokyo and several other prefectures have canceled public viewing events for the Games, and Japan's top infectious disease experts have pushed for the event to happen behind closed doors.

Two members of Uganda's Olympic delegation tested positive for the virus, prompting a rethink of rules for teams arriving early, according to local media.

An entire team may now be required to quarantine if a single member tests positive, and delegations could be instructed to eat in silence, the Yomiuri Shimbun reported Wednesday.

Japan has had a comparatively small virus outbreak, with just over 14,700 deaths despite avoiding harsh lockdowns.

The government has recently accelerated vaccination efforts, with just over 10 percent of the population fully jabbed.

After the government lifted the virus state of emergency in May, Tokyo and six other areas remain under "quasi-emergency" measures until July 11.

But with cases in Tokyo starting to rise again, media reports suggest those measures are likely to be extended further, possibly into Games time.