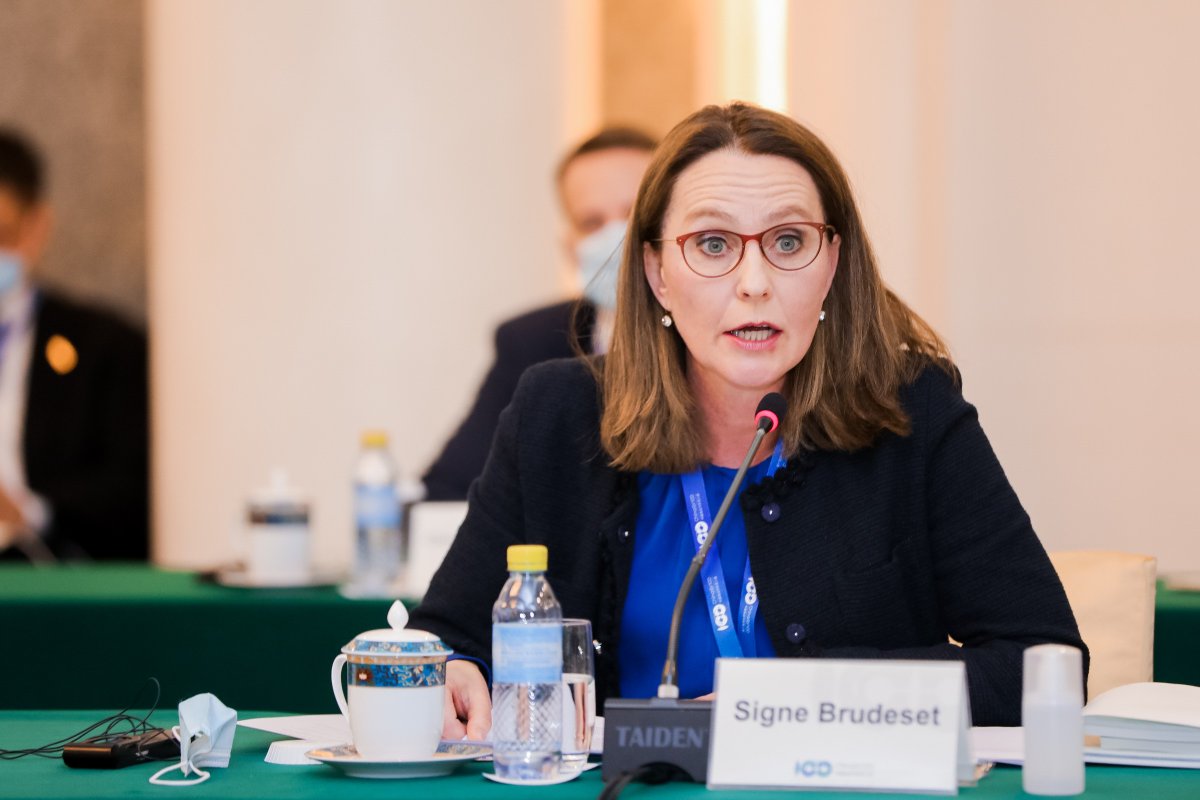 BEIJING, Jan. 29 (Xinhua) -- Norwegian Ambassador Signe Brudeset on Friday expressed confidence in a successful Beijing 2022 Olympic and Paralympic Winter Games, where she believed the host will have a good performance.

The Ambassador acknowledged that all the competition venues for Beijing 2022 have been ready on time despite the challenges brought by the pandemic in her opening remarks at the celebration activity for the one-year countdown to Beijing 2022 held virtually by the Royal Norwegian Embassy in Beijing and Consulate General in Shanghai and Guangzhou.

"We are confident that China will host an excellent Olympics and China will do very well next year," she said.

As part of China and Norway's official sports cooperation that started from 2017, Norwegian coaches and athletes, especially in cross-country and biathlon, have been helping with training of the Chinese teams in their preparatory work for the Beijing 2022 and many Chinese youth athletes have been attending sports high schools and training camps in Norway.

Einar Bjorndalen, head coach of China's biathlon national team, said the team is doing well after about eight months of training in China although the pandemic forced their European training plan to be cancelled

"One year to go for the Olympics, we are in good shape and we are training hard every day," said the Norwegian biathlon legend, who joined the activity via video link.

As Norway has only a population of about five million, the Ambassador was wowed by China's ambition to engage 300 million people in winter sports.

"This will help improve the general health of the Chinese population, and it's simply fun," she said, adding that the growing passion will boost cooperation between China and Norway, who can contribute its experiences and expertise.

"We value the close collaboration with China in the field of winter sports. Together we have the potential to make sports thrive across borders," she concluded.

The Chef de Mission for Norway in Olympic and Paralympic Games introduced the preparation by the teams in the lead-up to the Games and said Norway hopes to finish in the top three of the medal tally.