Kendrick Nunn scored 27 points, Jimmy Butler had 24 points and eight rebounds, and the Miami Heat held off the Los Angeles Lakers 96-94 on Saturday night in an NBA Finals rematch. 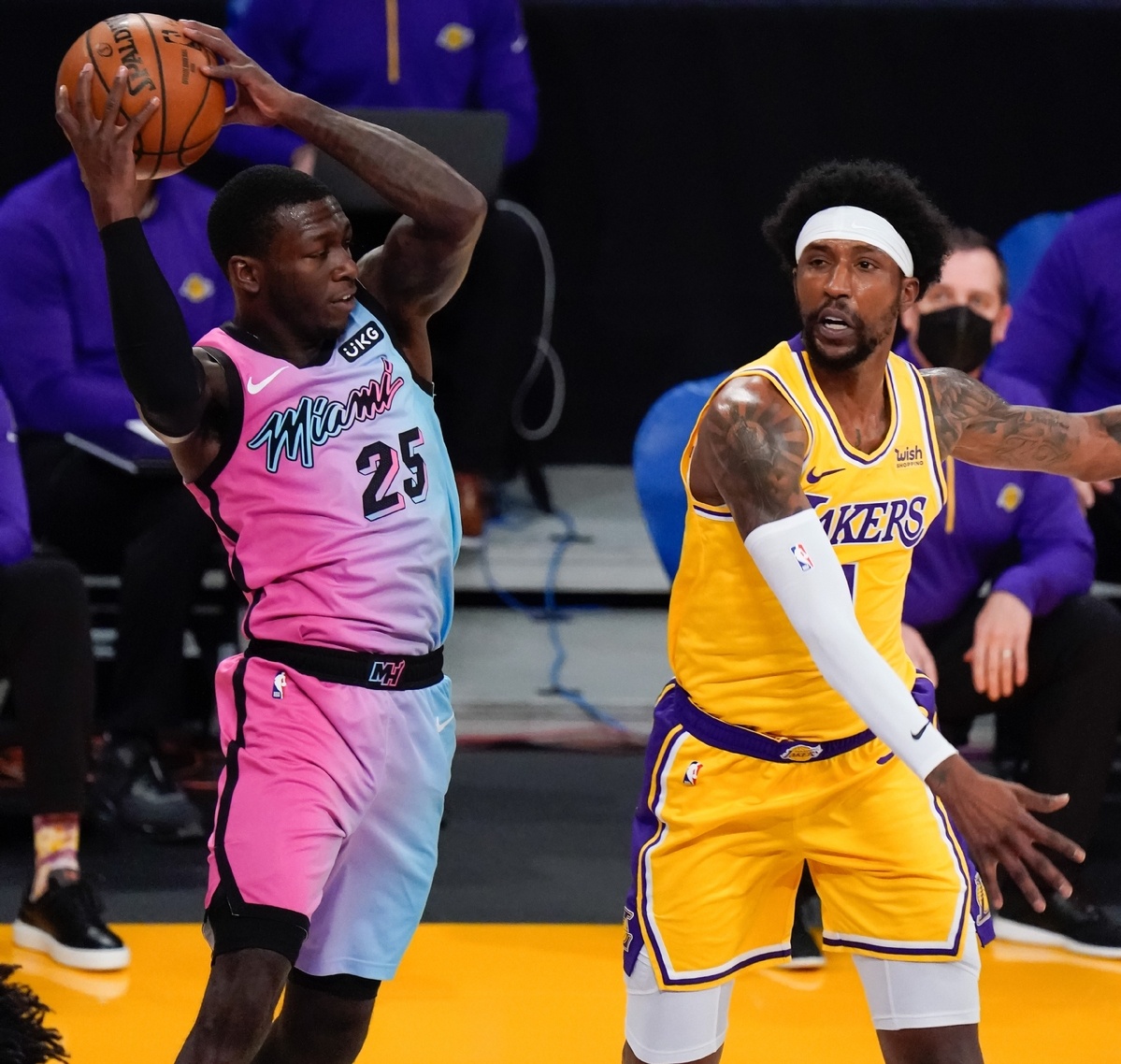 Bam Adebayo had 16 points and 10 rebounds for the Heat in the teams’ first meeting since the Lakers won their 17th championship with a six-game victory over Miami in the Florida bubble four months ago.

James stole the Heat’s inbounds pass with 8.4 seconds left to create one last chance for the Lakers, but the 17-time All-Star passed off to Alex Caruso, who missed a 3-pointer at the buzzer.

The Heat scored only 15 points in the fourth quarter and barely held off Los Angeles down the stretch for their second straight win after a three-game skid during their seven-game trip.