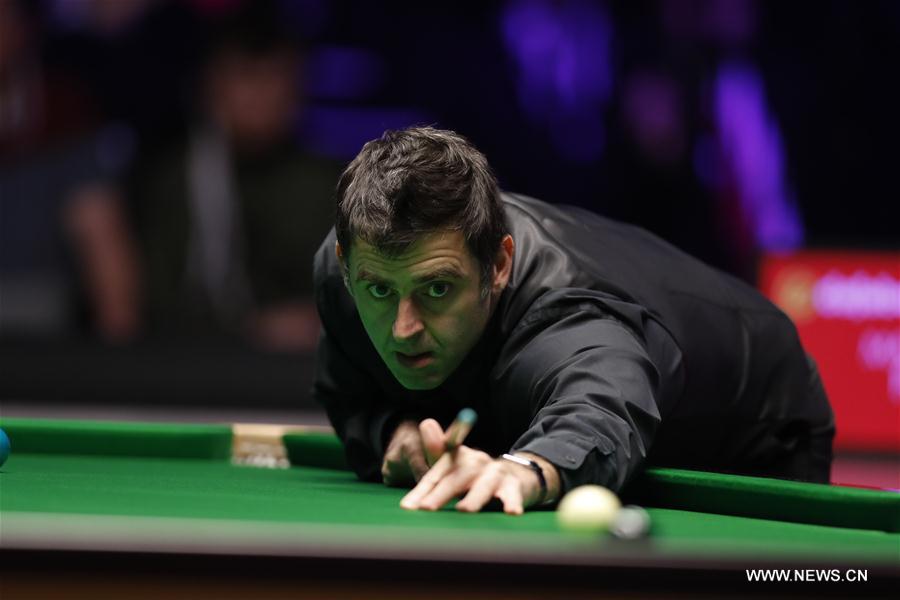 Ronnie O'Sullivan of England competes during the first round match with Marco Fu of Hong Kong of China at Snooker Masters 2018 in London, Britain on Jan. 16, 2018. (File photo: Xinhua)

Brown led the first session 5-3 but his seasoned opponent tied proceedings at 5-5 in the second session. 33-year-old Brown then seesawed with the long-time ace before holding his nerve to take the deciding frame.

"It is unbelievable. To beat the greatest player of all time in a major final. It was an honor just to play him," Brown told the World Snooker Tour website.

"I just had a calm approach coming into today. I wasn't playing the opponent. If you just play Ronnie, instead of just focusing on the balls, it can be very daunting. I had a strategy to focus on my own game and it worked," the Northern Irishman added.

Brown, who left the pro tour for years after initially joining in the 2009-10 season, was working in a petrol station just three years ago before returning to the tour in 2018.