A global boxing qualifying tournament for the Tokyo Olympics has been canceled and a European event was postponed from April to June. 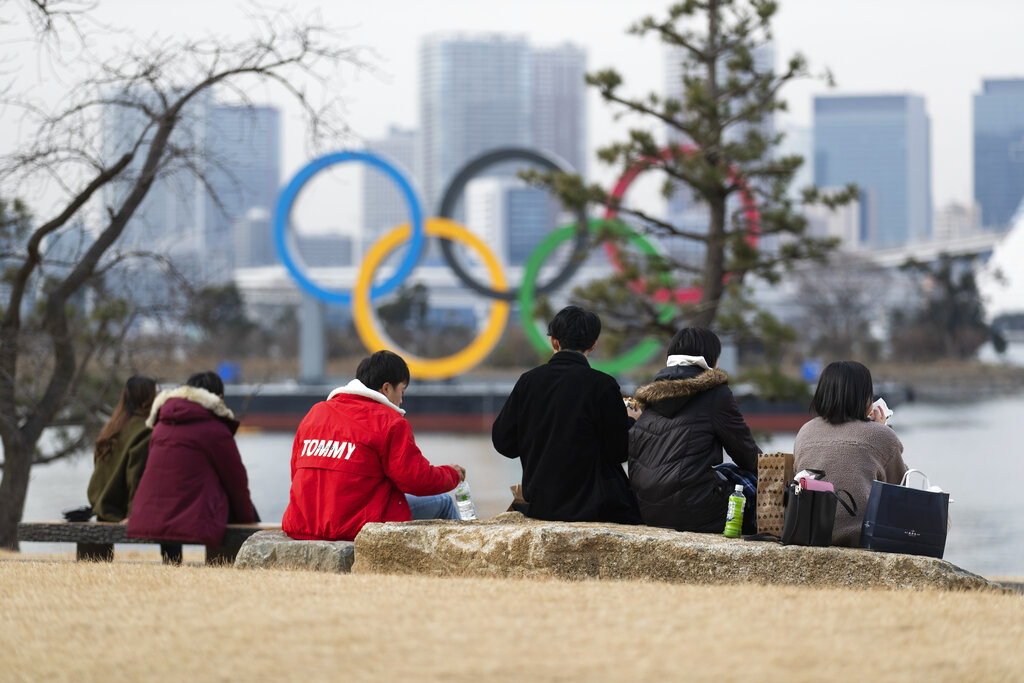 People have lunch at the Odaiba Marine Park where a statue of the Olympic rings is displayed in Tokyo on Friday, Feb. 12, 2021. (Photo: AP)

The International Olympic Committee said Tuesday plans were changed because of “current challenges to international travel and related restrictions in many countries” during the coronavirus pandemic.

Boxers worldwide were to compete for 53 places in the Tokyo lineup at a tournament in Paris in June.

Those places will now be allocated equally across continents by world rankings based on results since 2017, the IOC said.

Olympic entries from Africa and the Asia-Oceania region will now be allocated by rankings while boxers in the Americas and Europe can still earn qualifying places in the ring.

An Americas tournament is scheduled for May 10-16 in Buenos Aires, Argentina, and the European qualifiers should be in June at a venue to be decided.

The European event began in London last March then was stopped after three of 11 scheduled days when the pandemic was declared. London was to have hosted the postponed event this April.

An IOC-appointed panel is organizing the Tokyo boxing tournaments after recognition of the International Boxing Association (AIBA) was suspended over governance and finance issues.