Spain's Carolina Marin sailed through the Thailand Open badminton first round on Tuesday as she made a fast start to her season, six months before her Olympic title defence. 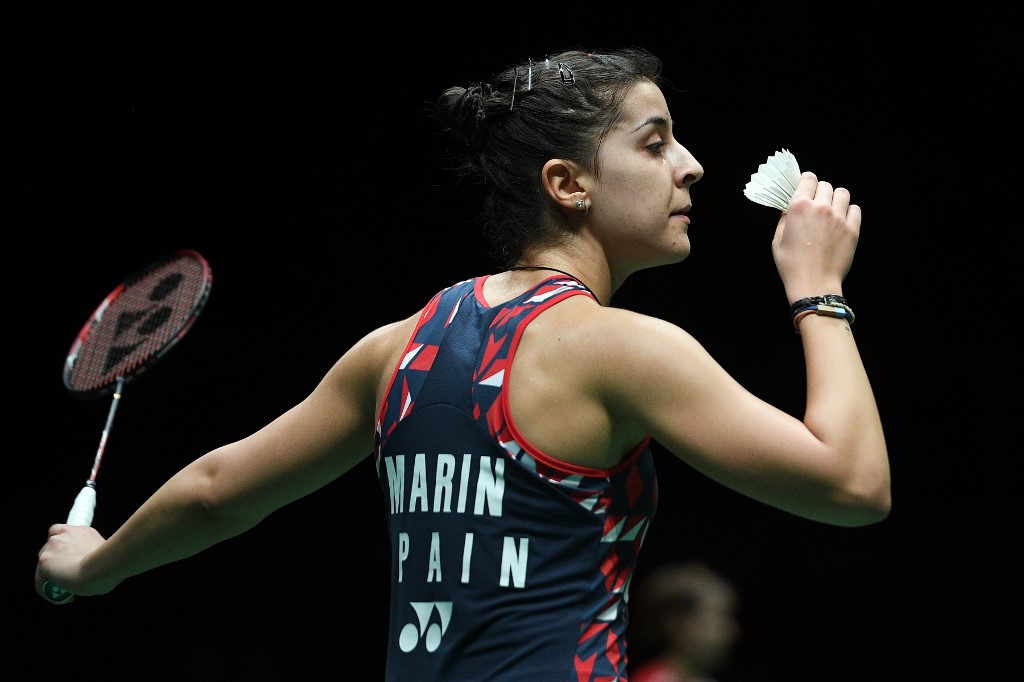 The former world number one made short work of France's 37th ranked Qi Xuefei, winning the first game in just 15 minutes before sealing it 21-10, 21-12.

The Thailand Open is the first of three consecutive restart tournaments in Bangkok as badminton resumes after a coronavirus-ravaged 2020.

"I feel really happy to be back on court after some months without tournaments. I have really missed it a lot," said Marin.

"I wanted to get back this competition feeling, that adrenaline. I came with determination to win but also to keep my focus on my game plan.

"Winning here is what I want. I would like to win a title here."

It was the 27-year-old's first international outing since losing the final of the Danish Open in October.

On Monday, Egyptian mixed doubles player Adham Hatem Elgamal tested positive for the coronavirus and withdrew from the tournament.

Indian star Saina Nehwal was among three other players who tested positive but were allowed to play because their infections were historic, according to the Badminton World Federation.