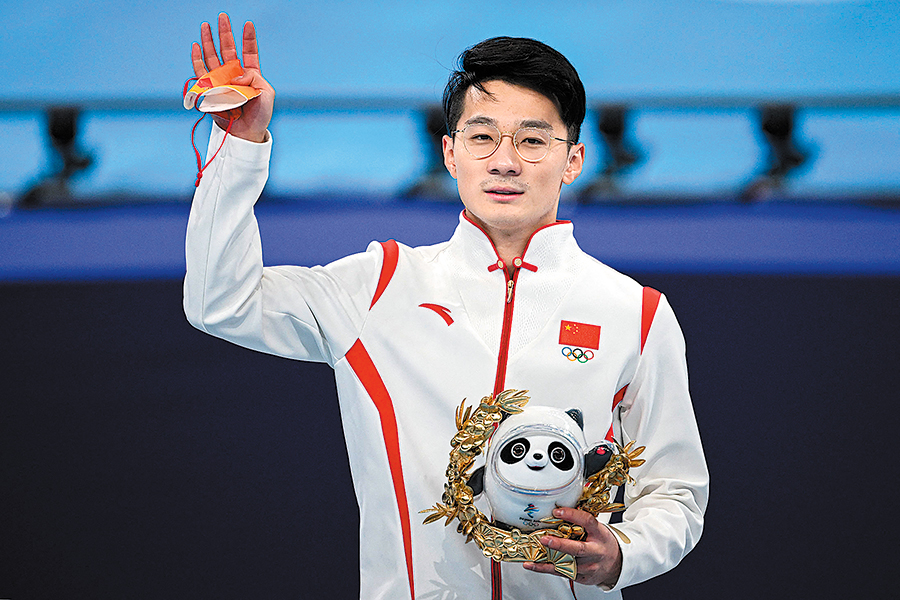 Zhang Jing, former head coach of the Hungarian national team, will take charge of the new Chinese team. Zhang left Hungary in July and had been named general consultant of a training camp during the summer in China.

According to team leader Liu Chenyu, the 17 skaters were selected through an invitational trial held from September 23 to 25 in Beijing.

"It is the first short track speedskating national team in the new Olympic cycle," said Liu on Monday. "We have 17 skaters, 13 coaches and staff members. The team starts training from today."

According to Zhang, her team will take part in a series of international competitions in the 2022/23 season.

"We will meet fiercer competition in the next Olympic cycle," said Zhang, who led Hungary's short track speed skating team to historic success. "South Korea, Canada, Netherlands, Hungary are still quite strong, and the home team Italy is also competitive."

"When I decided to come back to China, I knew I would meet new challenges. China has achieved many good results in short track speed skating and has won several Olympic gold medals. I felt big pressure," she said. "But I can see there is room for us to make further progress and I know where I should start."

Zhang represented China at the 1994 Winter Olympics. After retirement, she began to coach the Hungarian men's short track speed skating team in 2012 and led them to win the country's historic first Olympic short track gold in the men's 5,000m relay at PyeongChang 2018. At Beijing 2022, Hungary won one gold and two bronze medals in short track under Zhang's tutelage.

"I have been a coach for 25 years and have 11 years of international coaching experience, including three Winter Olympic Games. I helped Hungary win Olympic titles. Now, I will bring my experience and ideas to our team and I hope we can win more golds at the 2026 Winter Olympics.

Ren said he communicates well with Zhang and he has felt the passion from her.

"She has brought us some physical challenges. We have very good atmosphere. I think we will have a different season," commented Ren.