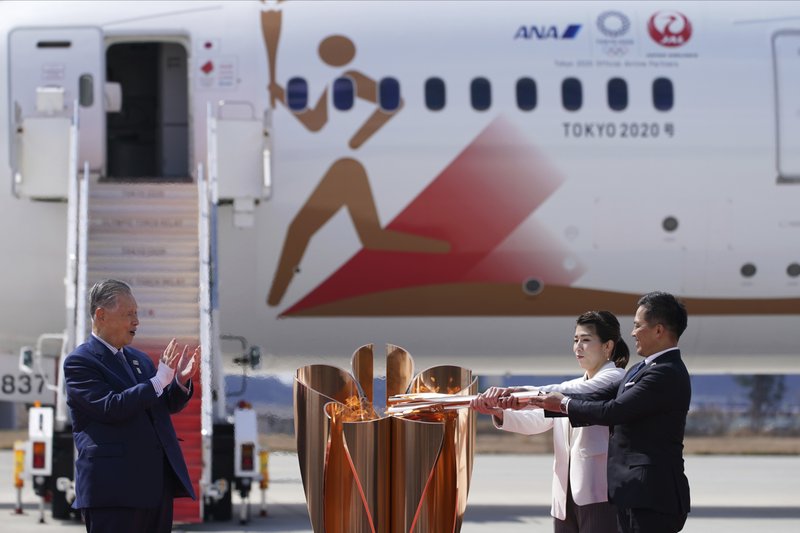 TOKYO, March 24 (Xinhua) -- The Tokyo organizing committee is planning to carry the Olympic flame by car instead of by torchbearers when the Japan leg of the torch relay starts later this week in Fukushima Prefecture, sources close to the matter said Tuesday.

In a bid to curb the spread of the coronavirus, the torch relay will be largely scaled down and held without spectators lining the roads, a scene synonymous with the quadrennial games, they added.

Final plans for the relay are believed to still be under discussion by the organizing committee, but the likelihood is the Olympic flame will be transported in a lantern by car and put on display when it reaches its destination every day.

Were the torch relay to be held as normal with torchbearers and spectators lining the streets, the government's request that large-scale gatherings and events not be held would be contravened, the sources said.

The International Olympic Committee (IOC) said on Sunday that while the summer games will no be canceled outright, the committee will take four weeks to consider a number of scenarios including the likelihood of postponing the games amid the global pandemic.

On Monday, Japanese Prime Minister Shinzo Abe remarked on the possibility of the forthcoming summer games being postponed if they could not be held in their complete form.

"If it is difficult to hold the games in such a way, we have to decide to postpone it, giving top priority to the health of the athletes," the Japanese leader told a parliamentary session on the matter.

"I think many of them are in areas where they cannot train properly as the new coronavirus is spreading in the world," Abe said. "This applies not just to our country, it is important that all participating nations can participate in good condition."

Abe is scheduled to hold telephone talks with IOC President Thomas Bach later on Tuesday over plans to postpone the games, during which the Japanese leader will ask to keep any delay to less than one year, government sources said.