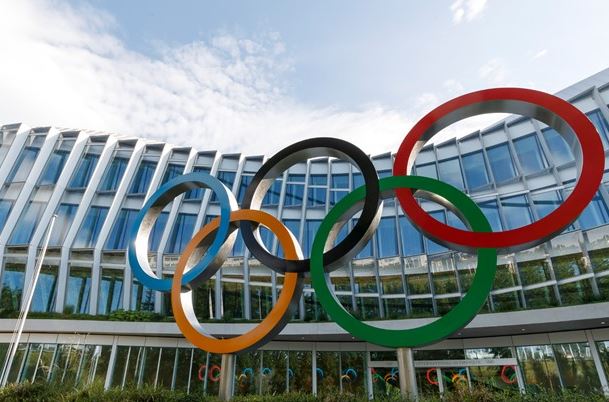 In addition, the IOC will create an “Olympic Forest” which will contribute to the UN-backed Great Green Wall project in Africa and help the IOC move towards becoming a climate-positive organization.

This decision was announced today at the IOC’s executive board meeting in Lausanne, Switzerland. It builds on the efforts taken so far by the IOC, working with the organizing committees for the Olympic Games to ensure that all upcoming games are carbon neutral, and have a significantly reduced carbon footprint.

“Climate change is a challenge of unprecedented proportions, and it requires an unprecedented response,” said IOC President Thomas Bach.

“Looking ahead, we want to do more than reducing and compensating our own impact. We want to ensure that, in sport, we are at the forefront of the global efforts to address climate change and leave a tangible, positive legacy for the planet. Creating an Olympic Forest will be one way in which we will work to achieve this goal.”

From 2030 onwards, each organizing committee for the Olympic Games (OCOG) will be required to go beyond the current obligation of reducing and compensating carbon emissions directly related to their operations.

This means that the OCOGs will be required to:

- minimize and compensate their direct, as well as indirect, carbon emissions; and

- implement lasting zero-carbon solutions for the Olympic Games and beyond.

This way, the Olympic Games will become climate positive, meaning that the carbon savings they create will exceed the potential negative impacts of their operations.

These requirements will be included in the host contract, operational requirements, which constitutes the contractual commitment between the host city, the National Olympic Committee and the IOC. The IOC will work closely with each OCOG to help with the implementation.

As part of its ambition to become climate positive as an organization, the IOC will contribute, in collaboration with the UN Environment Program (UNEP), to the Great Green Wall project, Africa's flagship initiative to combat the effects of desertification.

The contribution will include the planting of an Olympic Forest, from 2021 onwards. It will allow the IOC to support communities in Africa's Sahel region working towards the sustainable use of forests, rangelands and other natural resources. It will help to mitigate and adapt to climate change.

The IOC’s participation in the initiative will create an opportunity for other organizations and athletes within the Olympic movement to also contribute to it. Further details will be defined later this year.

Sustainability at the heart of Olympic agenda 2020

Sustainability is one of the three pillars of Olympic agenda 2020, the reform program introduced by President Bach in 2014. In line with its recommendations, the IOC is working to ensure that sustainability principles are embedded across its activities as an organization, as the owner of the Olympic Games and as the leader of the Olympic movement.

All upcoming Olympic Games editions have committed to being carbon neutral.

Tokyo 2020 has committed to prioritizing the use of renewable energy and compensating unavoidable emissions. Its carbon offsetting program considers the full scope of emissions related to the Games.

This includes the construction of permanent and temporary venues, as well as Games operations, including the transportation of athletes, officials and spectators. Worldwide Olympic partner Toyota will provide zero-emission vehicles, including hydrogen cars, for the official vehicle fleet of Tokyo 2020.

Carbon neutrality is also the objective of Beijing 2022, which has committed to using 100 per cent renewable energy for all Olympic venues.

Paris 2024, which is the first Olympic Games edition to fully benefit from Olympic agenda 2020, will go a step further. From the outset, each stage of this edition of the Games has been designed with sustainability in mind. This has allowed for the reduction of its estimated carbon footprint to 1.5m t, compared to the footprint of the Olympic Games London 2012: 3.3m t.

Paris 2024 will use 95 percent existing and temporary venues, and any new permanent construction will be low in carbon. Paris 2024 will also maximize the use of public transport and use its influence to push innovation in zero-carbon technologies.

Milano Cortina 2026 and LA 2028 have committed in the host city contract to achieve carbon neutrality and the IOC will work with them to go beyond their direct emissions by implementing innovative sustainability solutions.

In line with Olympic agenda 2020, the IOC is a carbon-neutral organization, thanks to its carbon reduction measures and an innovative carbon mitigation program developed and implemented by its Official Carbon Partner Dow.

The organization’s estimated carbon emissions between 2017 and 2020, approximately 250kt, have already been offset. The IOC’s new headquarters in Lausanne, Olympic House, is one of the world’s most sustainable buildings. It is mostly powered by renewable energy.

About the Great Green Wall

Led by the African Union, the initiative brings together more than 20 countries. Its aim is to transform the lives of millions of people by creating a mosaic of green and productive landscapes across North Africa, improving food security and helping communities mitigate and adapt to climate change.