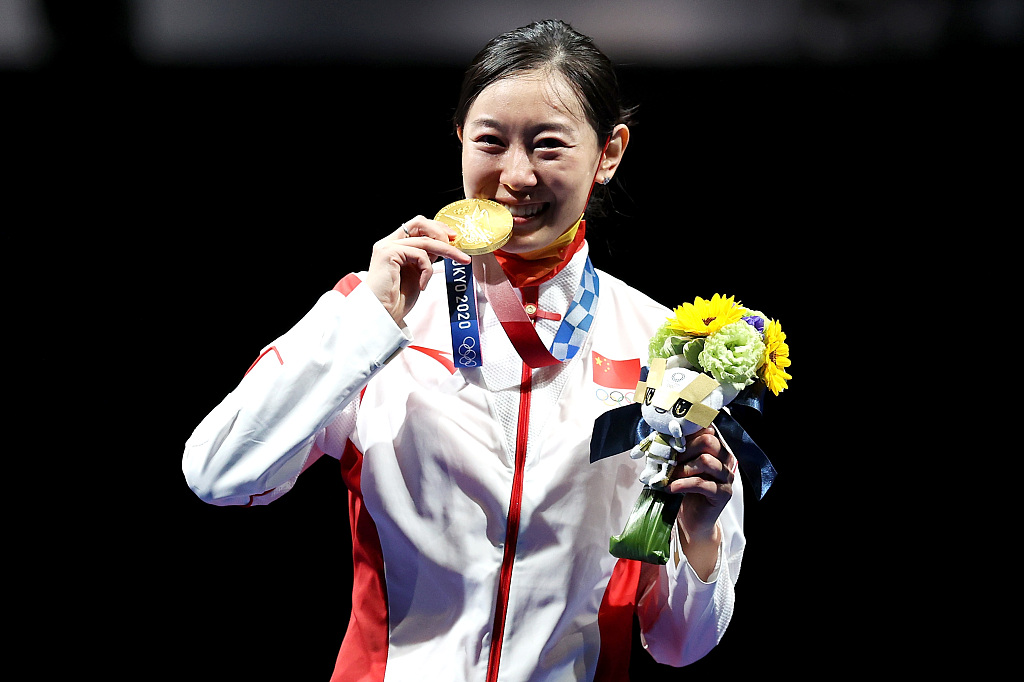 "I have recovered from the injuries since the Olympics," Sun said in an interview with Xinhua News Agency on Friday. "I spent most of my time in the team on treatment and recovery. I suffered entrapment neuropathies in my waist and the coccyx. I haven't jumped at all since the Olympics because even one small jump can affect the nerves and cause a lot of pain. That's what I have been receiving various treatments for."

Before Sun took the above long rest, she won the first individual women's epee gold medal for Team China in history at the Tokyo Olympics in 2021. That was the summit of her career, but she also considered it as the new beginning. 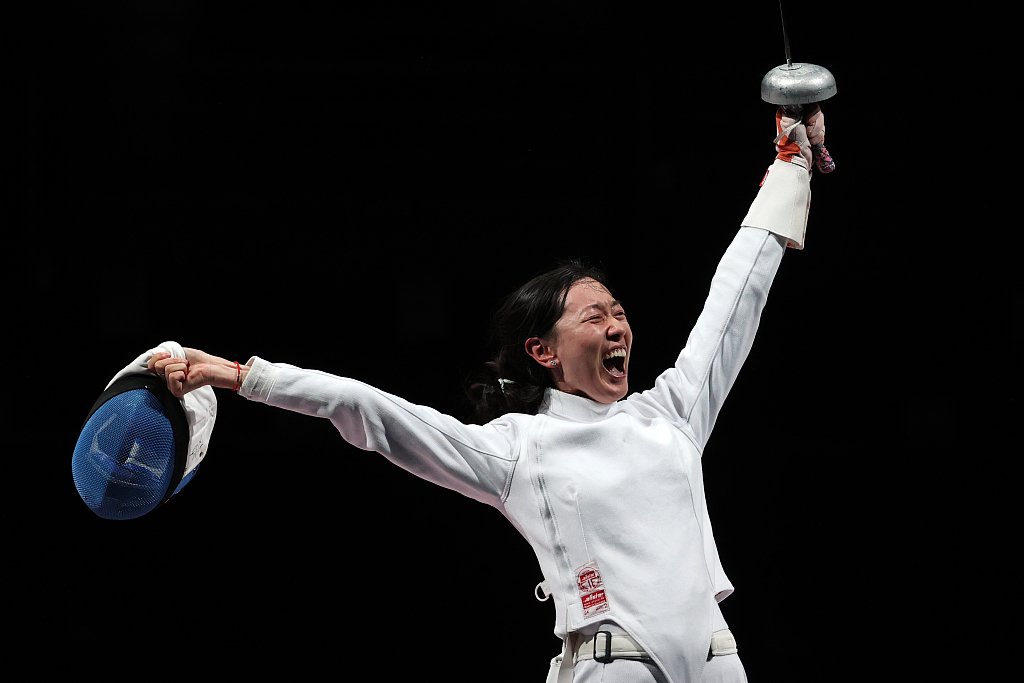 Sun Yiwen of China celebrates her victory over Ana Maria Popescu of Romania in the individual women's epee final in the Tokyo Olympics at Makuhari Messe Hall in Chiba, Japan, July 24, 2021. (Photo: CFP)

"I'm still growing and making progress," Sun said. "I didn't come back this time to necessarily go for a gold medal [in Paris]. I just realized that when I won the gold in Tokyo, I still had a lot of shortcomings to fix and a lot of room for improvement."

"I feel like if I can fix those shortcomings, I will be in an even better form than I was [in Tokyo]," she added. "Result is not the most important thing to me. It matters more for me to find, problems, solve them and have fun in this process."

Sun was inducted into the International Fencing Federation Hall of Fame in December 2022. She was both surprised at and proud of that honor. "It has been a great motivation for me to do what I like and get recognized for doing so," she said. 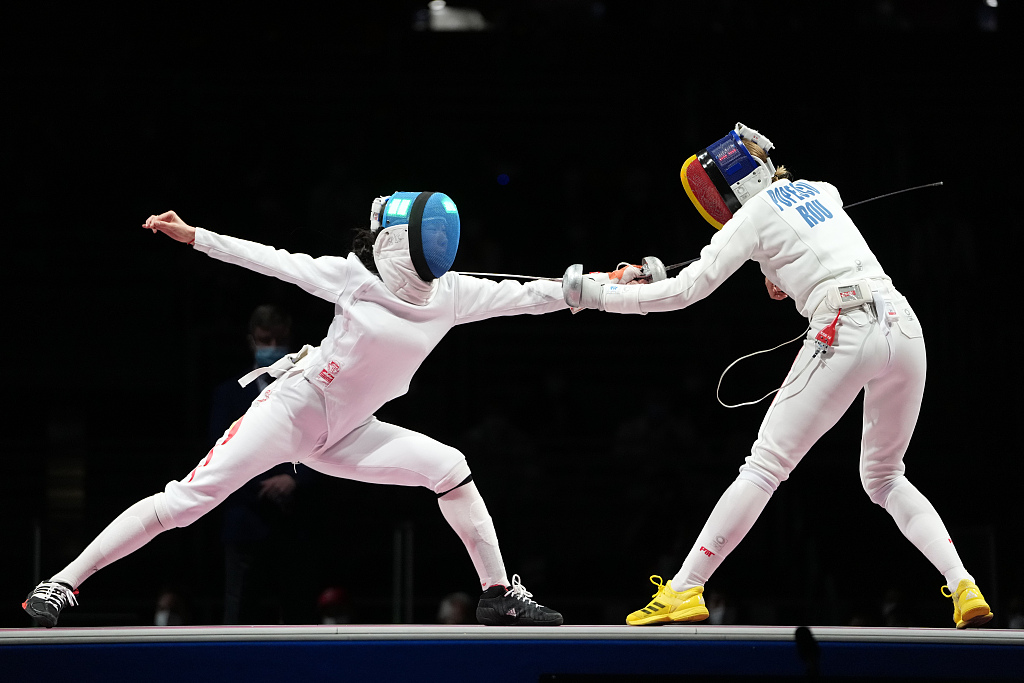 "Everyone goes through different tests and setbacks while achieving different success and joy," Sun added. "I think the most important thing to do is to persist in doing what you do. The process may be boring because you have to do the same thing over and over. When I think I can't do it anymore, I recall my goal of fencing. I believe that I can make a different if I stick it out."

When Sun walked into the training facility, a big countdown board reminded her, other athletes and coaches that the new test is on the way. Team China will participate in a series of competitions this year to earn qualification points for the Paris Olympics in 2024. The World Fencing Championships in July will be a key event. Having rested for so long, Sun will have some difficulties to overcome.

"My coach told me to take my time and work step by step," Sun told Xinhua. "A fencer must make solid progress and avoids ups and downs in both mindset and form. He doesn't want us to do well this time and then perform poorly next time. Instead, coach wants us to build it slowly but surely toward the best form."