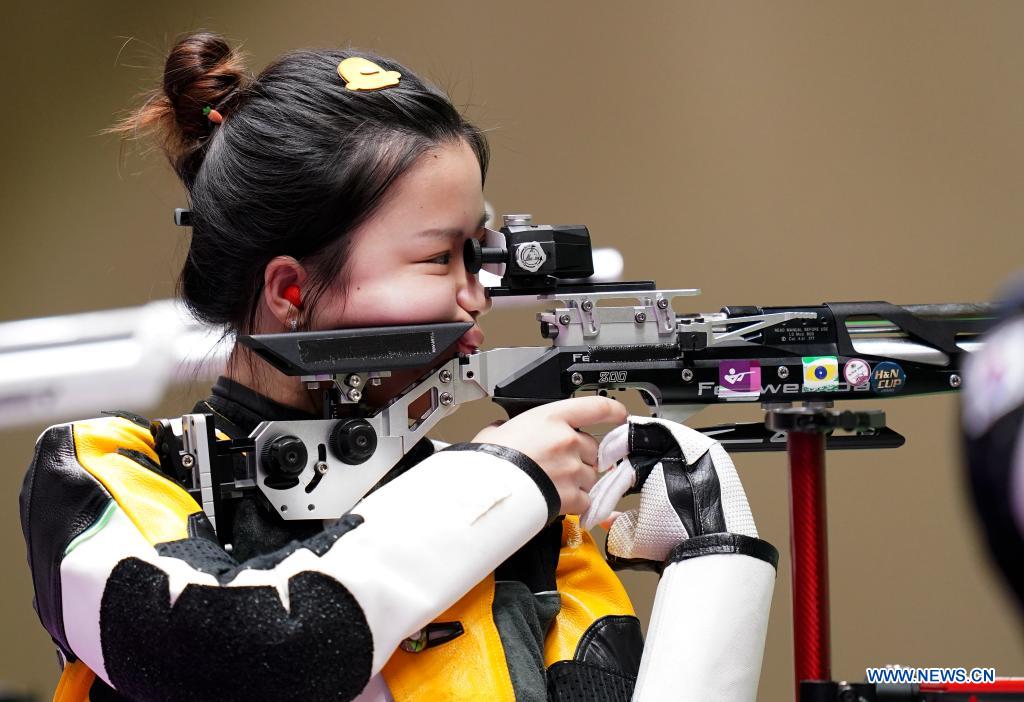 After 22 rounds of shooting in the final, Yang took the bronze with 230.9 points.

Yang, who won gold along with her Olympic partner Yang Haoran in the 10m air rifle mixed team at the National Games on Monday, only ranked fifth in the qualification.

17-year-old Wang eased into the finals with 634.4 points and set a new national record, while Zhang qualified third.

Wang will team up with Yang in the women's 10m air rifle team on Saturday.