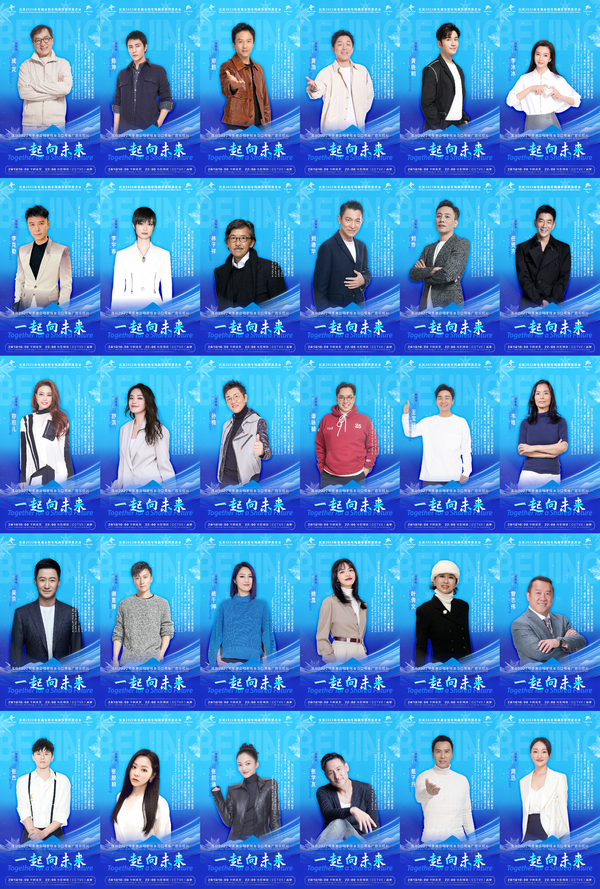 A total of 100 stars including these 30 celebrities join hands to sing Together for a Shared Future. Photo provided to China Daily

A short musical to promote the official slogan of Beijing Winter Olympic and Paralympic Games has attracted 100 stars, including kung fu giant Jackie Chan and iconic actor Andy Lau, and will be released on Feb 1, the first day of the Spring Festival, according to the producers.

Named after the Olympic slogan, Together for a Shared Future, the film, with its lyrics written by Wang Pingjiu and music composed by Chang Shilei, will also be broadcast on China Movie Channel, the sole State-level channel specializing in broadcasting films.

The stellar singers' cast encompasses a lot of A-list stars, such as Chen Kun, Huang Bo, Li Bingbing, Zhou Xun and Yao Chen, who boast some of China's highest-grossing blockbusters to their names. 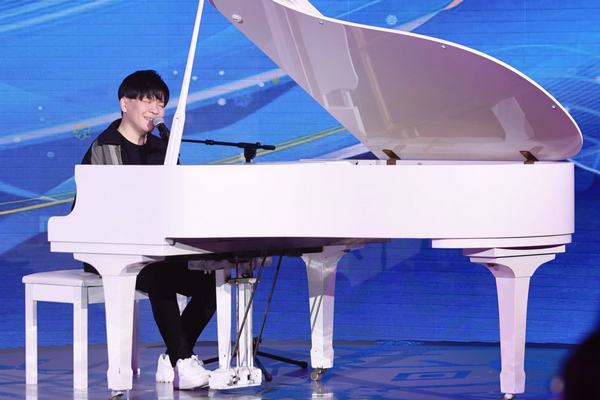 Chang Shilei, the musician who composes the Beijing Winter Olympics' slogan promotional song Together for a Shared Future, at an event to promote the latest remake of the song. [Photo provided to China Daily]

Within a short span of around 20 days, the major producers had traveled to multiple cities and regions, including Shanghai, Shenzhen, Hong Kong and Macao, to reach those stars, who were then working for their new projects or living there.

Fu Jie, the movie's chief director, said the short film is 10 minutes longer than the original song, also titled Together for a Shared Future, which was first released in September last year. Two months later, a new version sung by pop idol Yi Yangqianxi was released.

With two editions - respectively wrapped up the final procedures in Beijing and Hong Kong - the song's latest remake is aimed to showcase China's top showbiz talent reunite to appeal every people to cheer up for the upcoming great sporting events, according to the producers.