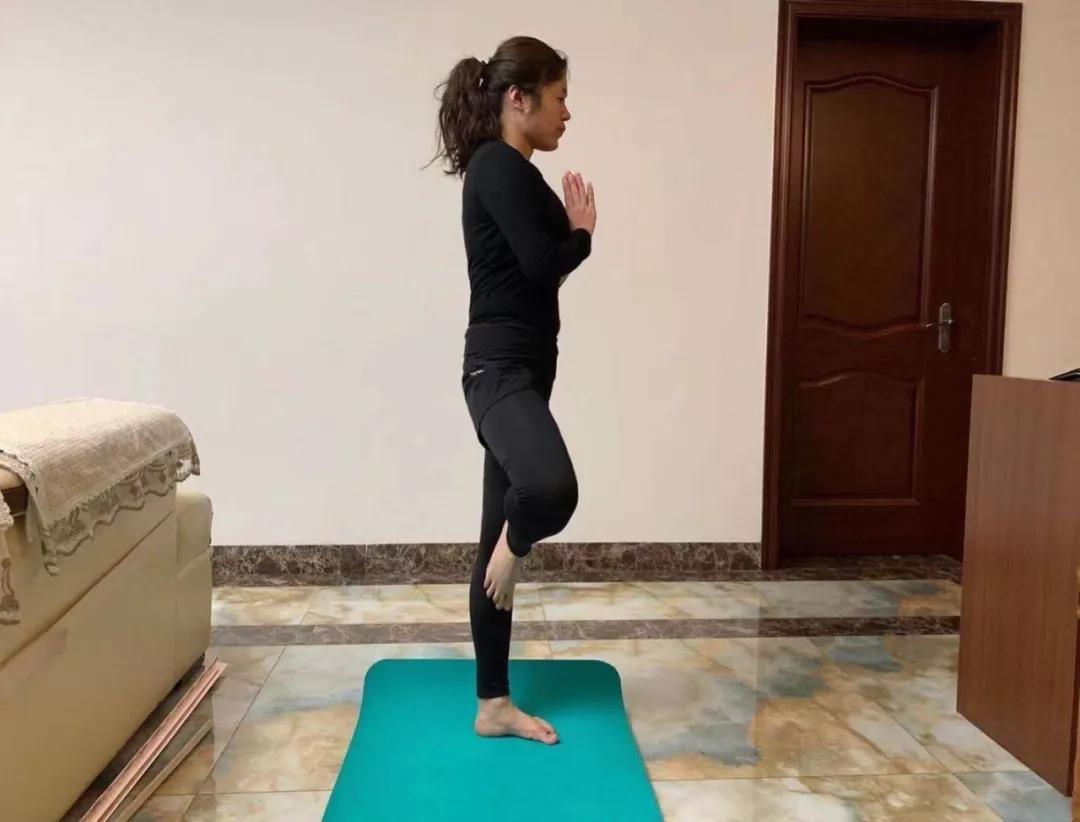 LANZHOU, March. 1 (Xinhua) -- With fitness trainer's video playing from her smartphone, Du Wanjiao, the 37-year-old white-collar, was stretching with a elastic belt while being quarantined in her apartment.

Following the novel coronavirus outbreak, Chinese people across the country are advised to comply with home quarantine measures and avoid public events and social gatherings. Fitness enthusiasts, including Du, have found a way to take exercise at home online.

Du lives in Lanzhou, capital of northwest China's Gansu Province. She said that she now had to take exercise at home instead of going to the gym. Her gym had set up a chat group online for members and posted different fitness courses seven days a week.

"Recently, I just do yoga, aerobics and other exercise online from my personal trainer," Du said.

"Club has set a chat group within over 300 members through social media WeChat. And all coaches will post fitness course videos in the group seven days a week. Half of the courses are aerobics and the other half are personal guiding," Zhang said.

Several fitness industry practitioners in Lanzhou noted that the sales from February to March could capture nearly 80 percent of all sales during the first three months of the year.

Li Fei, manager of the membership of Hello Spring & Swimming Health Club, said that the club had to shut the door amid epidemic since late January. And his team tried their best to make members do exercise through social media.

"It has been two years since I began to take exercise at gym. And I also follow Keep app to practise sometimes. For me, both online and offline methods can make better," Du said.

Some fitness industry practitioners advised that fitness buffs who joined online workout should take exercise in an orderly way step by step in case of injury.

Zhang Hailong, a fitness trainer in Lanzhou, recommended that home workout without a real-time trainer should do some aerobics moderately to improves immunity instead of defatting exercise.

"Seek not high intensity exercise. One's body resistance will be low if he or she loses weight too fast. Keep moving gently is the key," Zhang said.