Japan's Naomi Osaka celebrates defeating Serena Williams of the US at the end of their women's singles semi-final match on day eleven of the Australian Open tennis tournament in Melbourne on February 18, 2021. (Photo: AFP)

The Japanese third seed swept past the American veteran 6-3, 6-4 on Rod Laver Arena in front of thousands of fans allowed back in after Melbourne lifted a snap five-day lockdown.

She will face either American Jennifer Brady or Czech Karolina Muchova on Saturday for a fourth Slam title after her success at Flushing Meadows in 2018 and last year, and Melbourne in 2019. 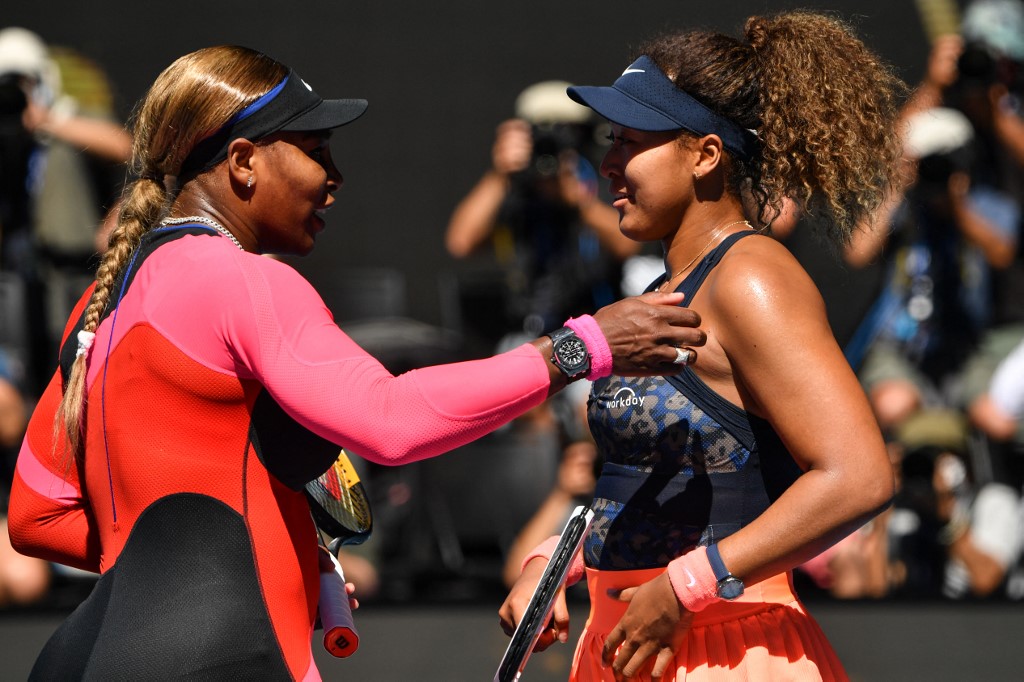 Serena Williams of the US (L) congratulates Japan's Naomi Osaka on her win in their women's singles semi-final match on day eleven of the Australian Open tennis tournament in Melbourne on February 18, 2021. (Photo: AFP)

The victory left Williams, who won her last major in Melbourne in 2017, stranded on 23 Grand Slam titles as she strives to match Margaret Court's all-time record.

Since winning while pregnant in Australia four years ago, Williams has lost four Slam finals, including one to Osaka in a controversial and heated 2018 US Open decider which left both women in tears.

"I hit a lot of unforced errors in the first few games, I was just really nervous and scared," said Osaka, who reeled off five games in a row in the opening set after going 2-0 down.

"But then I sort of eased my way into it and the biggest thing for me was having fun."

"For me, it's always an honour to play her and I didn't want to go out (of the tournament) really bad, so I just tried my best," she added.

While Osaka held a 2-1 head-to-head advantage going into the blockbuster clash, 39-year-old Williams had a huge edge on big-match experience. 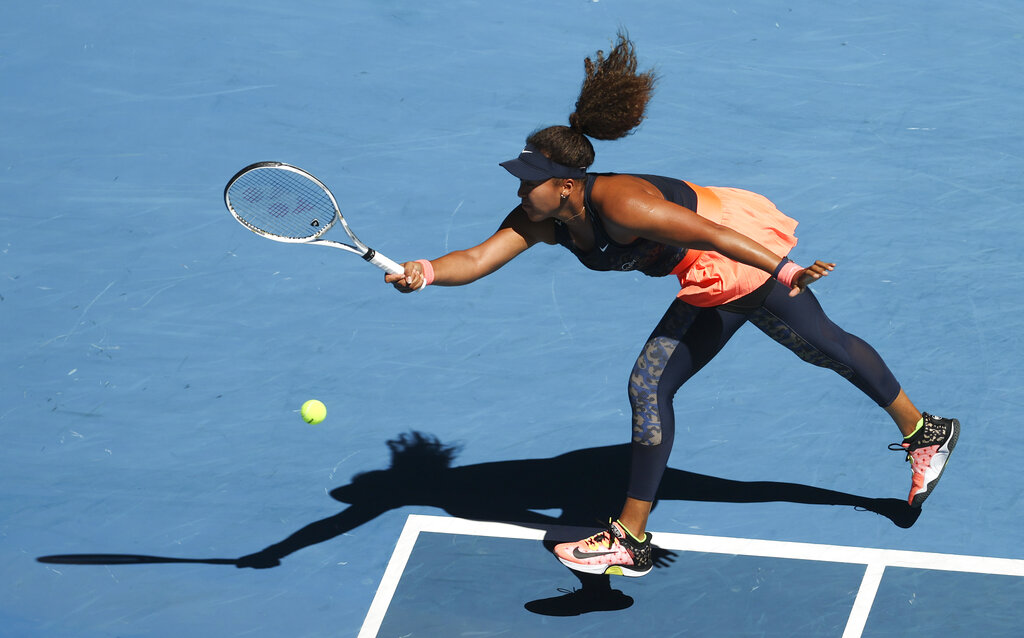 Ahead of the showdown, she had won all eight of her previous semi-finals at Melbourne Park stretching back 18 years to when she beat Kim Clijsters on her way to her first title in Australia.

Her first ever Grand Slam semi, against Lindsay Davenport at 1999 US Open, was played when Osaka was just one.

But the 23-year-old boasted a 100 percent win record in Slams when she got past the fourth round, and she kept it intact Thursday.

Williams worked hard on her fitness during the off-season and quickly asserted herself, breaking Osaka straight away with the Japanese sensation having issues with the sun and ball toss.

She consolidated by holding serve, with Osaka guilty of five unforced errors in the opening two games.

Osaka said before the match she still felt intimidated seeing Williams on the other side of the net, but her early nerves soon settled.

She saved a break point in the next game and got off the mark with an ace, then broke back to level the scores at 2-2 when Williams sent a forehand long.

Now well and truly in her groove, with her forehand doing most of the damage, Osaka won five games in a row, and the set, to leave Williams stunned.

She broke again on Williams's opening serve of the second set, with the American screaming: "Make a shot, make a shot!"

With the crowd roaring her on, Williams stayed in touch and Osaka's eighth double fault gave her the American a break back.

But it was a short-lived reprieve with Osaka breaking again and calmly serving out for victory.