SPORTS Oscar: China has made me better

Oscar: China has made me better 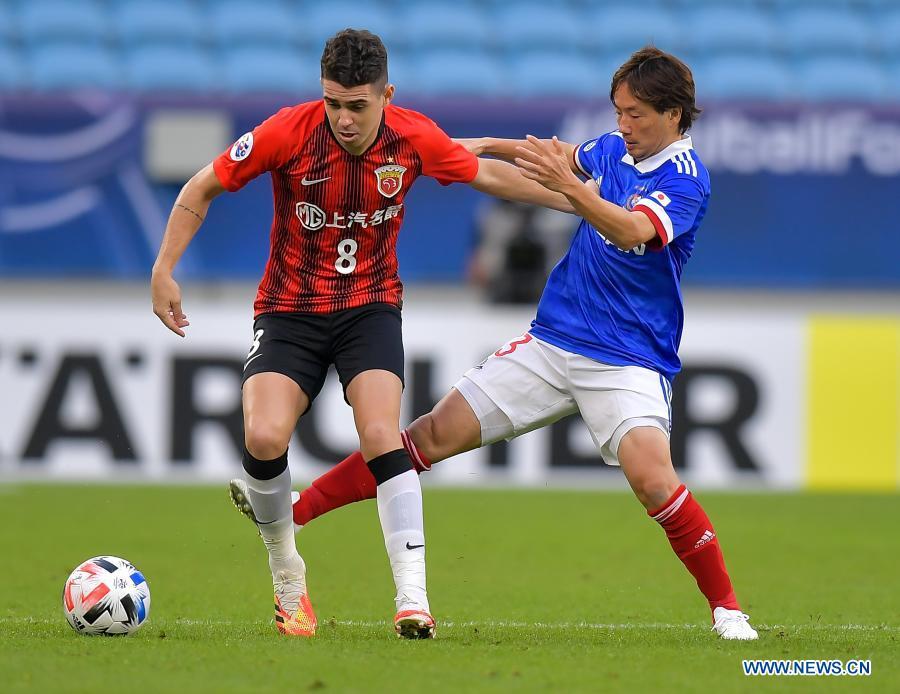 Shanghai Port midfielder Oscar has expressed a desire to return to European football and believes his time in China has made him a better player.

The 29-year-old Brazilian says he has added a new facet to his game since joining the Chinese Super League club from Chelsea in January 2017.

"I have developed a lot individually here in China," he told Brazilian news outlet UOL. "When I arrived, I was the center of attention, everyone wanted to mark me. The team has needed me to take greater responsibility and I think that has helped me to improve."

He described Shanghai as a "wonderful city" and said he felt grateful for the opportunity given to him by the Red Eagles.

"I have a contract here until 2023. Even though I will be 32, I think my physical condition and the way I'm playing will give me a good chance of returning to a big club in Europe," he said.

"My family and I have adapted well here in Shanghai, but ... I always receive proposals from Europe and I think about living somewhere that is closer to Brazil. That will certainly carry some weight when the time comes to make my decision."

Oscar has made 148 appearances across all competitions for Shanghai Port, scoring 45 goals and providing 82 assists.

He has helped the club win important silverware, including the 2018 Chinese Super League title and the 2019 Chinese FA Super Cup.