BEIJING, May 27 (Xinhua) -- More than 60 marathon and cross-country running races have been canceled or postponed across China amid rising safety concerns after inclement weather killed 21 participants during an ultramarathon race in the northwestern Gansu Province over the weekend. 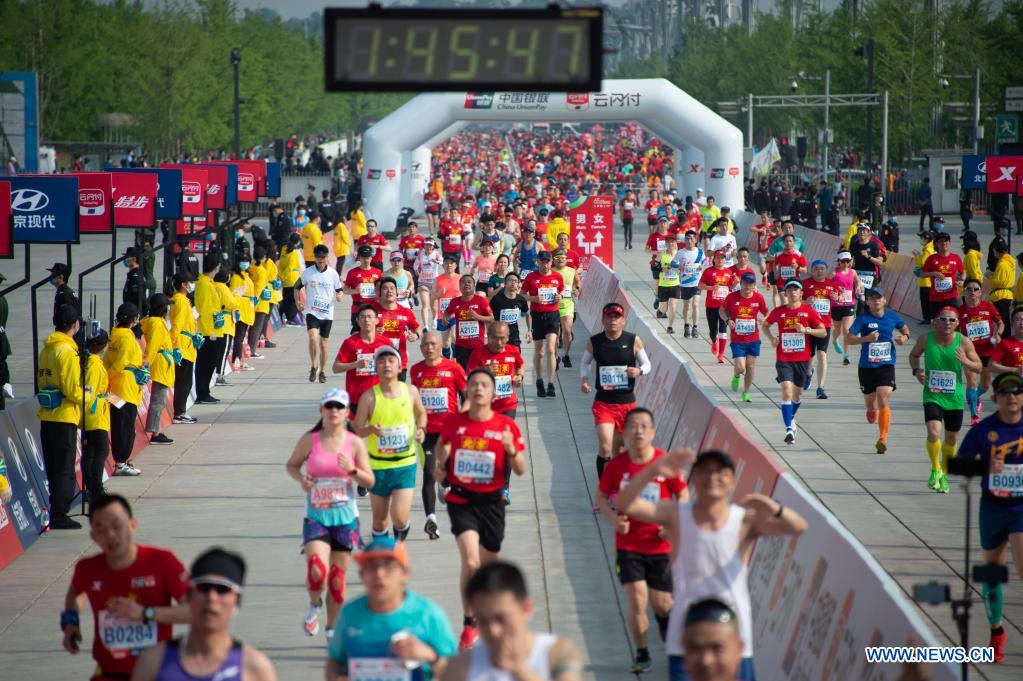 Participants run during the 2021 Beijing Half Marathon in Beijing, capital of China, April 24, 2021. (Xinhua/Chen Zhonghao)

Among the events are the "Silk Road" Ningxia Yinchuan Marathon, scheduled to take place this Sunday, and the Beijing 100 Ultra Trail Running Race (June 5-6), and the Lanzhou International Marathon (June 13).

In the aftermath of the tragedy, the General Administration of Sports of China convened an emergency meeting Sunday to urge officials at all levels of government to make safety a higher priority at major sporting events.

"This tragedy, I believe, will force all event organizers to pay more attention to the safety of participants in the future. The operation of marathons, as well as cross-country running events, will be more professional and reliable," said Lin Feng, a cross-country running lover, who owns a sports company himself.