Pakistan beat the Netherlands by six wickets in Perth on Sunday for a first win at the Twenty20 World Cup which kept their faint hopes of reaching the semi-finals alive. 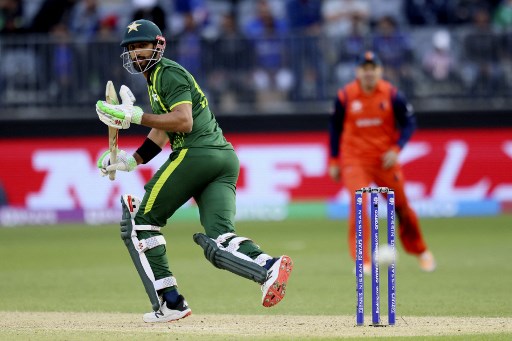 Pakistan's Shan Masood runs between the wickets during the ICC men's Twenty20 World Cup 2022 cricket match between Pakistan and Netherlands at the Perth Stadium on October 30, 2022 in Perth. (Photo: AFP)