Paris Marathon postponed due to COVID-19 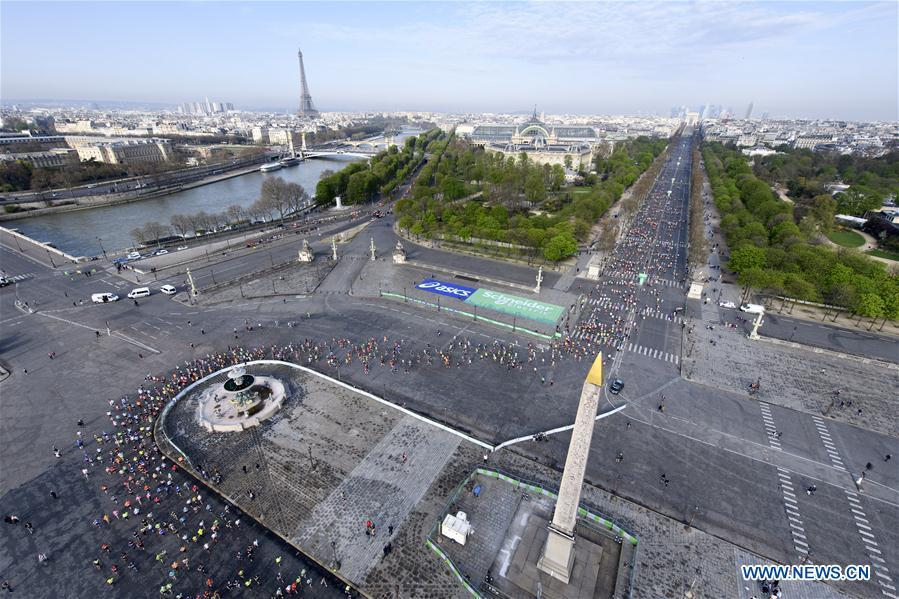 Athletes run on the Champs-Elysees Avenue and Concorde Square in Paris Marathon on April 8, 2018. (Photo: Xinhua)

PARIS - The Paris Marathon, which was initially scheduled for April 5, has been postponed to October 18 due to the growing spread of coronavirus in the country, the organisers said on Thursday.

The decision followed the cancellation of Sunday's Paris Half Marathon for the same reason.

"In order to avoid a late cancellation that would penalise the participants, we have, in agreement with the Paris mayor's office, decided to postpone the Paris marathon to Oct. 18," Amaury Sports Organisation said in a statement.

The statement also announced that the half marathon will take place on September 6.

About 138 new cases have been reported in France since Wednesday, the biggest one-day jump in the country since the outbreak began, which brought the total to 423. And seven people have been killed by the deadly virus in the region.

The French government on Saturday has ordered to cancel all the "gatherings of more than 5,000 people in enclosed areas" as well as some external events.