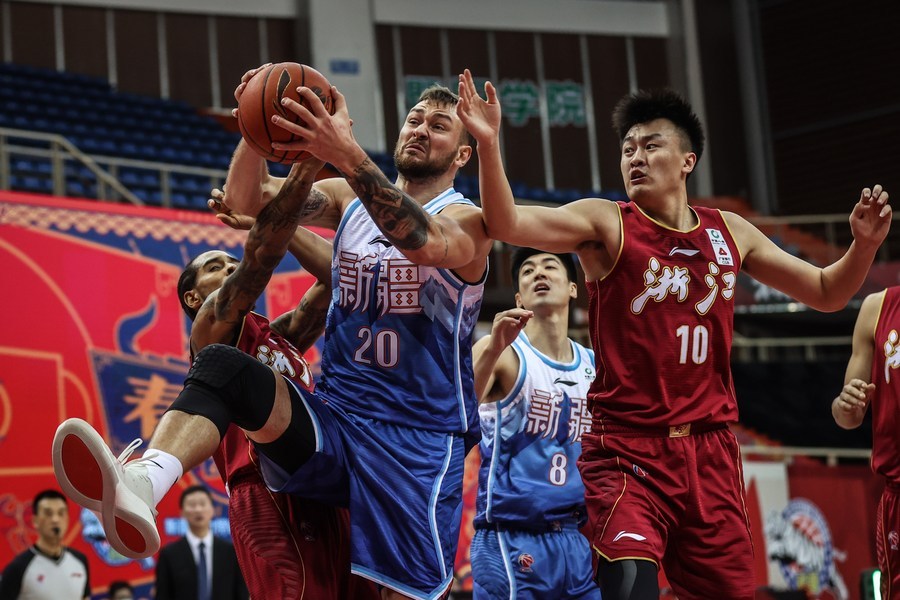 BEIJING - FIBA's Regional Office Asia has confirmed that the Asia Cup 2021 qualifiers of groups A, B, and E scheduled in Doha, Qatar from Feb 17 to 23 have been postponed due to restrictions imposed by the Qatari authorities.

The world basketball governing body also said on Saturday that groups D and F will take place as scheduled in Manama, Bahrain, and the group C game between New Zealand and Australia will be staged on Feb 20 in Cairns, Australia.

China is placed in group B with Malaysia, Japan, and Chinese Taipei.

An announcement from the Chinese team said that the Chinese Basketball Association (CBA) on Thursday evening received a letter from the FIBA Regional Office Asia saying that due to the worsening of the COVID-19 pandemic in Qatar, the Qatari Health Ministry has decided to cancel all competitions starting from Friday, and the team would take a break through consideration of the CBA and the coaching group.

"We will seriously analyze all feasible alternatives of participating in the competition in the near future," added the Chinese team's announcement.

According to FIBA, in order to finalize the FIBA Asia Cup 2021 qualifiers, it is currently looking into alternative solutions with potential hosts for the games of this window and for the additional qualification tournament among the third-ranked teams in each group.