Pascal could be Meng's first challenger 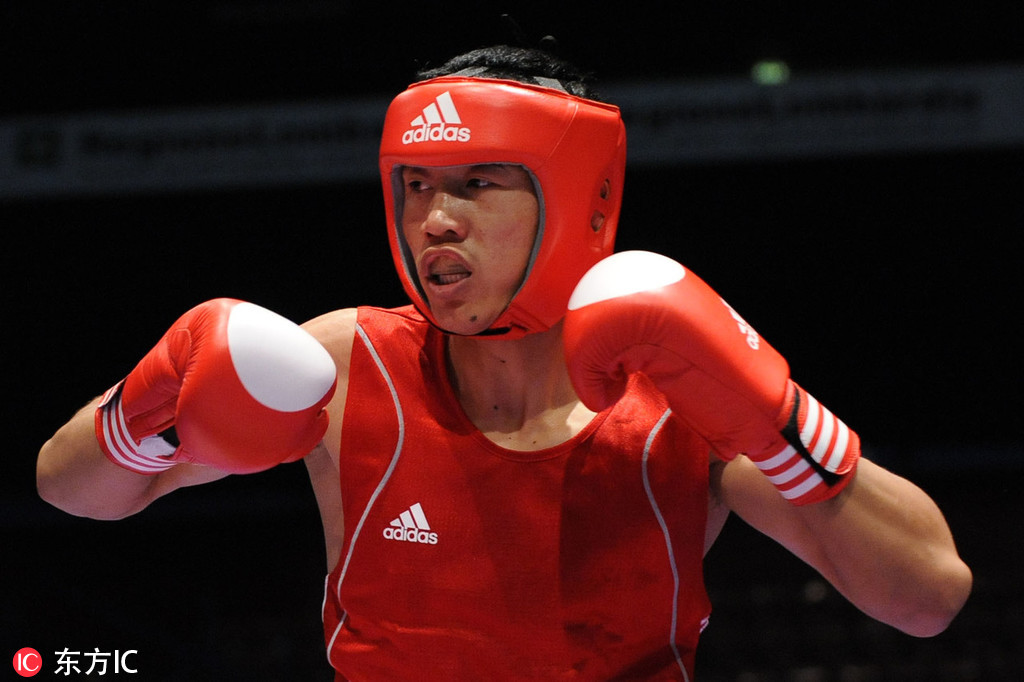 The 37-year-old Pascal, a Haiti-born former youth hockey star, won gold for Canada at the 2002 Commonwealth Games and also represented his adopted country as a middleweight at the 2004 Olympics in Athens.

Pascal turned pro as a super middleweight in 2005. Four years later, with a 23-1 record, he beat Romania's Adrian Diancou by unanimous decision to capture the WBC light heavyweight title, which he defended three times before losing it to Bernard Hopkins.

Beterbiev (15-0, 15 KOs) will face IBF mandatory challenger Meng (16-0, 10 KOs) on Sept 25 in Yekaterinburg, Russia. It will be a tough test for Meng, a 32-year-old southpaw from Chifeng, Inner Mongolia, who beat Germany's Adam Deines by 12-round unanimous decision in an IBF title eliminator last summer in Macao.

In his most recent fight, Meng, who represented China at the 2012 London Olympics, starched Mexico's Gilberto Rubio (9-9) in two rounds in October.

This week's confirmation of the shopworn Pascal as the WBC's mandatory challenger coincided with an online post by WBC and IBF welterweight champion Errol Spence Jr, saying "there are too many fighters calling themselves world champions" and calling for sanctioning bodies to eliminate bogus titles.

Spence (26-0, 21 KOs) is considered one of the rare legitimate world champions today. He's set to defend his crowns on Nov 21 against fellow American Danny Garcia (36-2, 21 KOs).

"Unfortunately, the four major sanctioning bodies have littered boxing and watered down each division with their numerous world titles," Spence tweeted.

"The sport of boxing should have only one champion per division instead of what we have now, which is a potential 12 champions in each division. You're talking this kind of a mess: lineal, Ring Magazine, WBC, interim, Franchise, WBC Diamond, WBA regular, WBA gold, WBA Super, IBF, WBO and IBO. Too many titles!"

What fuels the sanctioning bodies' drive to create new titles are fighters like British heavyweight Anthony Joshua, who validates them by wanting to collect all the belts instead of drawing the line at the legitimate ones.

"Joshua and the rest of the so-called champions who covet worthless 'world' titles should take a page from Riddick Bowe's book and just dump them in the garbage," opined one respondent to Spence's tweet.

That remark referenced an incident in November 1992, when then undisputed world heavyweight champion Riddick Bowe of the US called a media conference to vent his frustration over stalled negotiations regarding the purse split for a proposed title defense against Canada's Lennox Lewis.

To punctuate his low opinion of the WBC, Bowe dumped the organization's title belt in a garbage can.