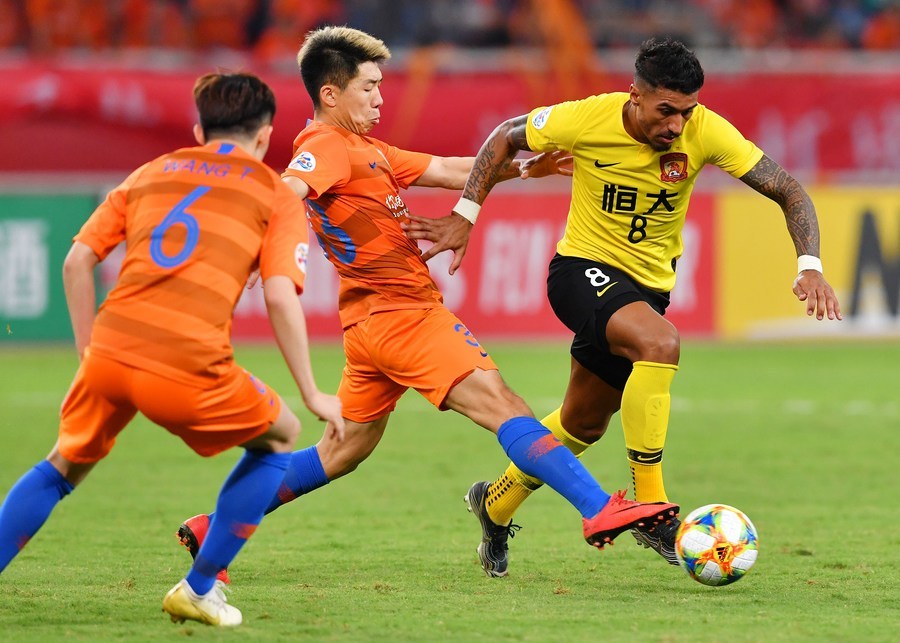 Guangzhou FC has confirmed the departure of Brazilian striker Anderson Talisca who has signed for Saudi Arabia's Al Nassr with a three-year contract. Talisca leaves Guangzhou on an 8-million-euro transfer almost three years after signing from Benfica.

"Paulinho will follow Talisca's move sooner or later, the club has already given the green light to his transfer," a source close to the Brazilian said.

"He is in talks with some Brazilian and European clubs, and either transfer or loan is possible," he added.

The former Barcelona midfielder, along with Talisca, had been unable to join up with Fabio Cannavaro's squad this season due to the COVID-19 pandemic and restrictions placed on travel into China from Brazil.

The Brazilian duo's departure could be a hit to the league that has been losing its big names since last year. But it will also bring a huge financial relief for Guangzhou FC under a harsh salary cap policy.

Last December, the Chinese Football Association announced the strictest ever expenditure and salary cap in all levels of professional leagues. A CSL club may only spend a maximum total of 600 million yuan (about 91.44 millon U.S. dollars) every year.