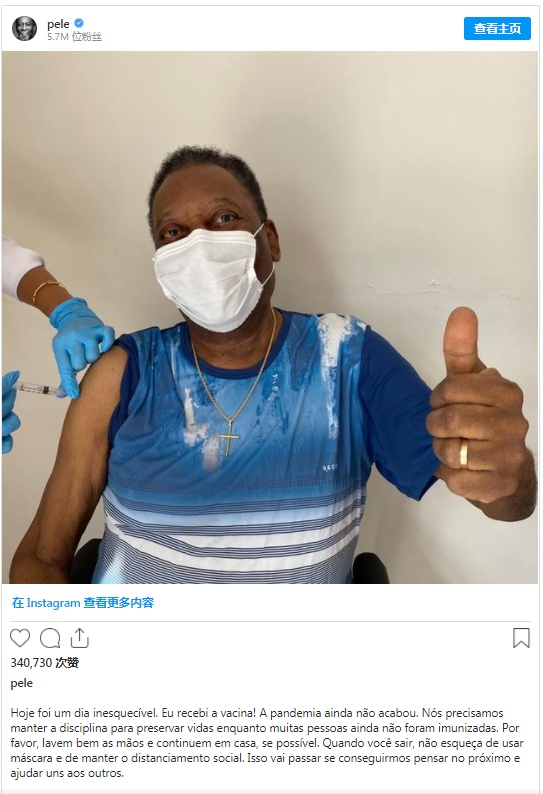 The 80-year-old was inoculated on Tuesday, around six weeks after Brazil began its coronavirus vaccine rollout.

"Today was an unforgettable day. I received the vaccine," Pele said on Instagram.

"The pandemic is not over. We must remain disciplined to save lives because many people have not yet been vaccinated. This will pass if we think of each other and help each other," he added.

It is not known which vaccine Pele received or whether it was the first or second dose.

Pele, who has suffered from a series of health issues in recent years, has been in self-isolation since COVID-19 was declared a global pandemic last March.

The only player to win three World Cups, Pele is regarded as one of football's greatest ever players. In 2000, he shared the award for FIFA's best player of the 20th century with Argentine great Diego Maradona, who died last November aged 60.