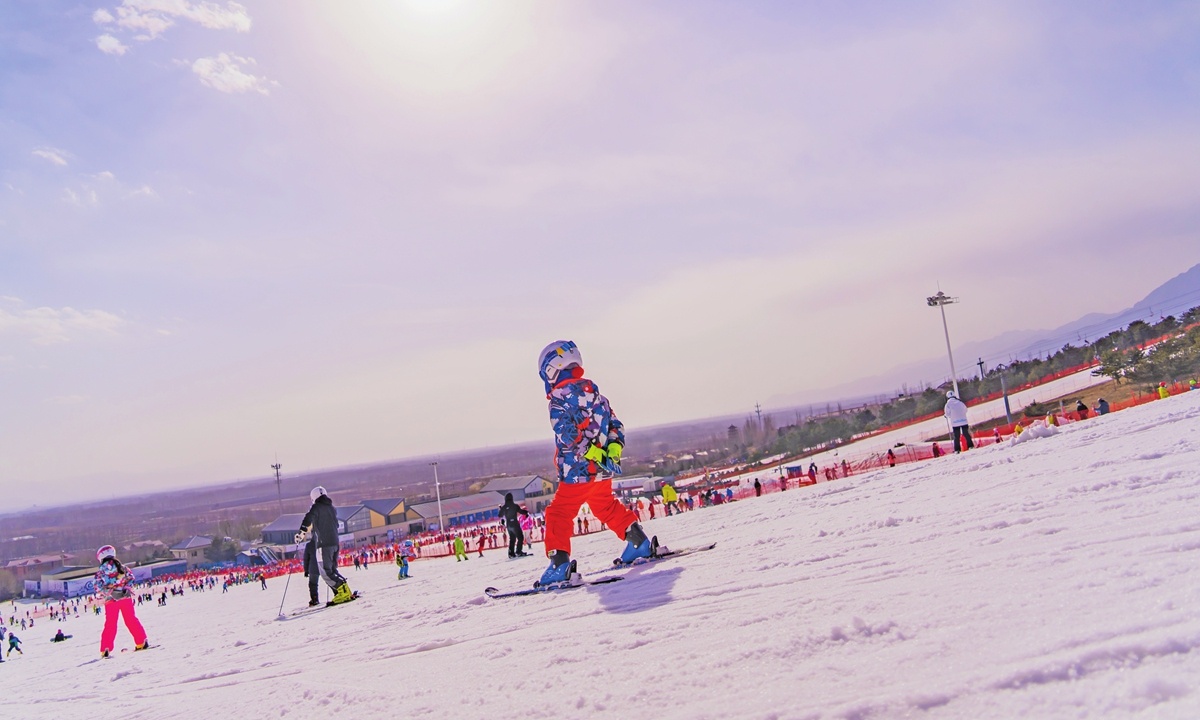 Ski resorts and skating rinks have been busy during Spring Festival as winter sports are increasingly a popular choice for the Chinese people to enjoy the holiday. With strict virus prevention measures, the entertainment on ice has contributed to holiday consumption.

Wednesday marks the last day of this year's Spring Festival holidays, but in Shijinglong Ski Resort in Yanqing district of suburban Beijing, hundreds of people are trying to seize the last moment to enjoy the speed on man-made snow.

"You have to wait for at least 10 minutes to take the mountain lift," Wu Han, a freelance photographer who works in the resort, told the Global Times on Wednesday. It costs 350 yuan ($54) per day to ski here during the holiday, three times the usual.

A week earlier, Wu also visited the Yunding Ski Resort in Chongli, North China's Hebei Province, which will be the venue for the 2022 Beijing Olympic Winter Games. Due to the COVID-19 outbreak in Hebei in January, many Beijing residents were suggested not to enter Hebei, so the newly built venue was not as crowded as expected.

However, hotels in Chongli were still booked up, with room prices as high as more than 3,000 yuan per night during Spring Festival. Some ski camps, especially those for children, were also organized in Chongli.

Beijing won the bid for the 2022 Winter Olympics in July 2015. Since then, the country has accelerated developing winter sports, vowing to attract 300 million residents to snow and ice.

It is predicted that by 2022, the ski market in China will reach $3.97 billion, nearly five times that of 2015. China not only invests heavily in improving related facilities and transportation, but also provides subsidized courses and equipment for students across the country.

On February 8, several national departments, including the Ministry of Culture and Tourism, jointly published an action plan on developing ice and snow tourism. It aims to expand the supply of winter tourism facilities and promote high-quality winter tourism to better meet people's increasing enthusiasm in the sports.

The ice and snow tourism market has developed rapidly and healthily. Many high-quality ice and snow tourist resorts have been created, including those in the vicinity of Beijing. The trend is developing not only in regions with the tradition of snow sports such as northeastern China, but also in some warmer areas, such as the southern part of Xinjiang Uygur Autonomous Region and Sichuan Province. 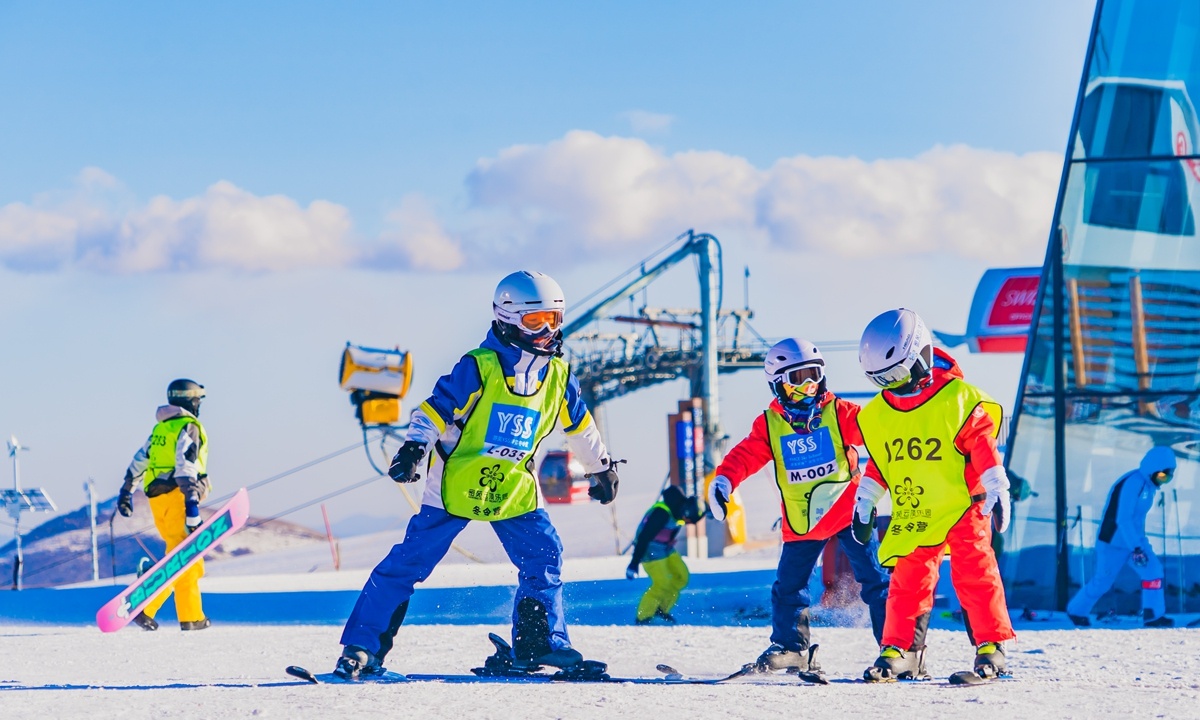 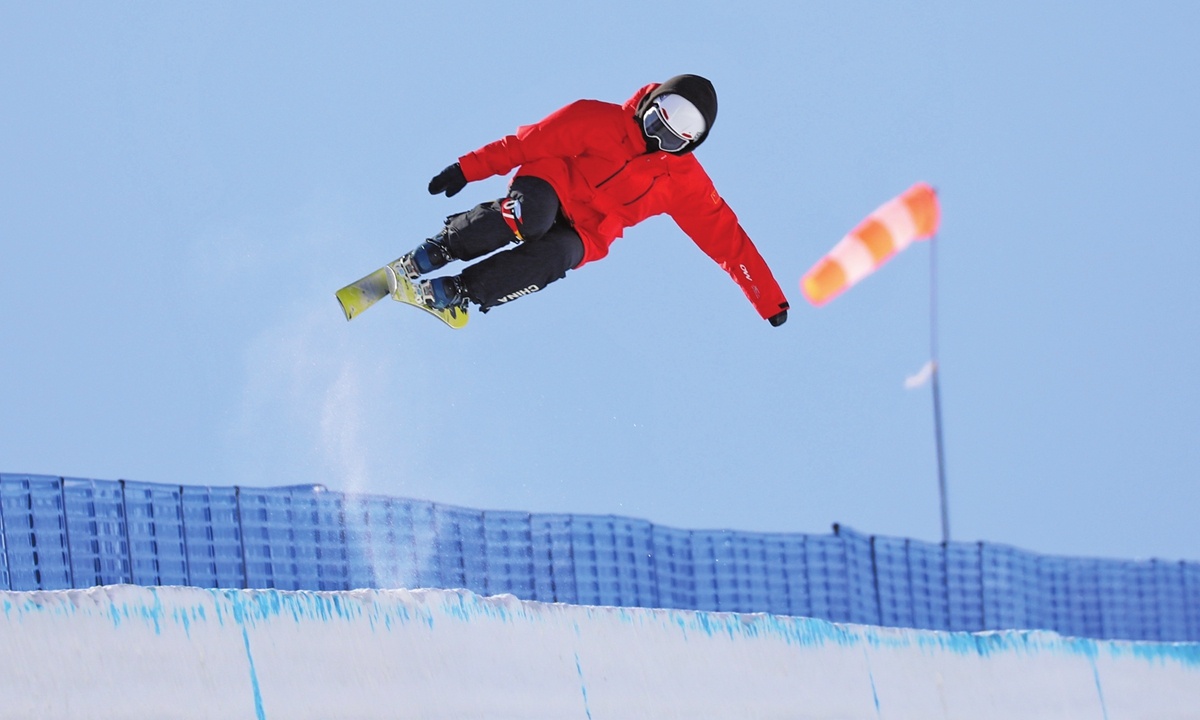 A member of national team of freestyle skiing trains in Chongli. (Photo: IC) 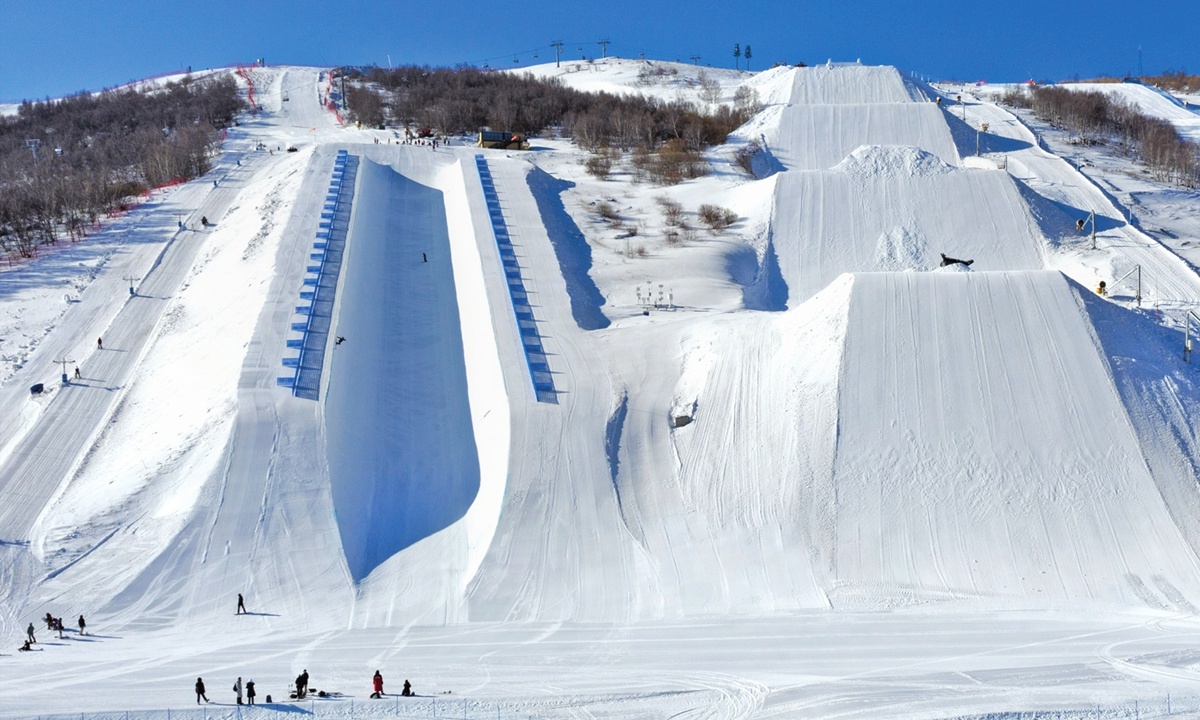 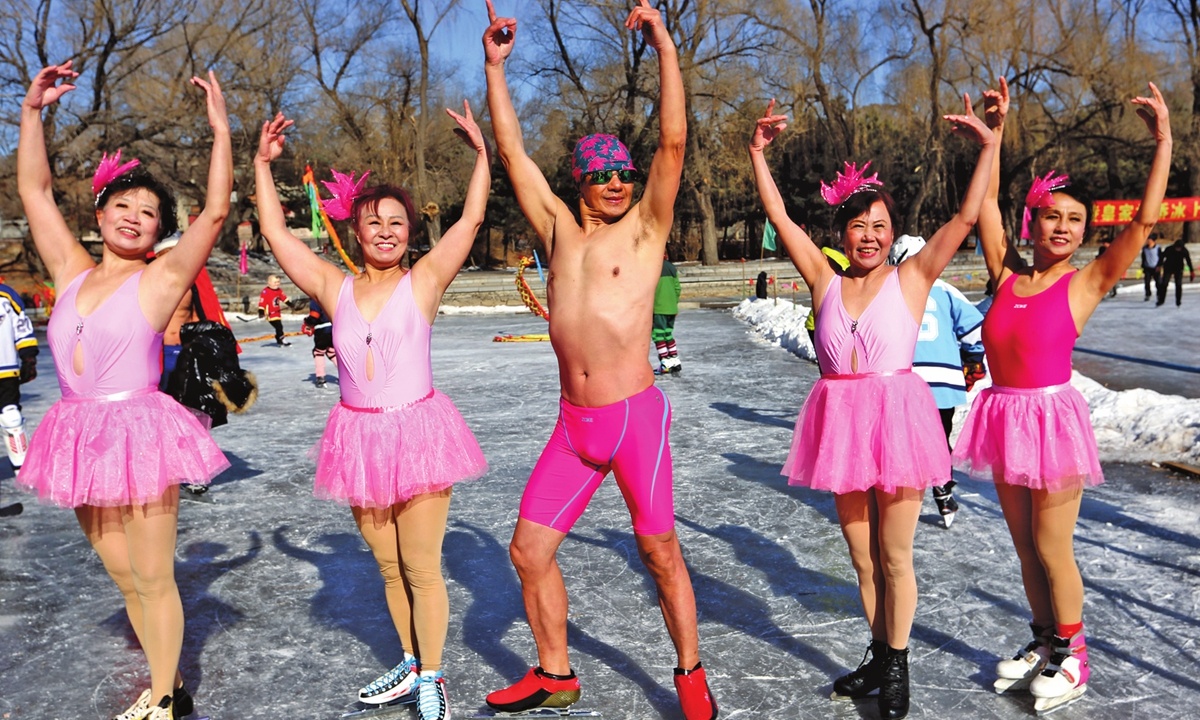 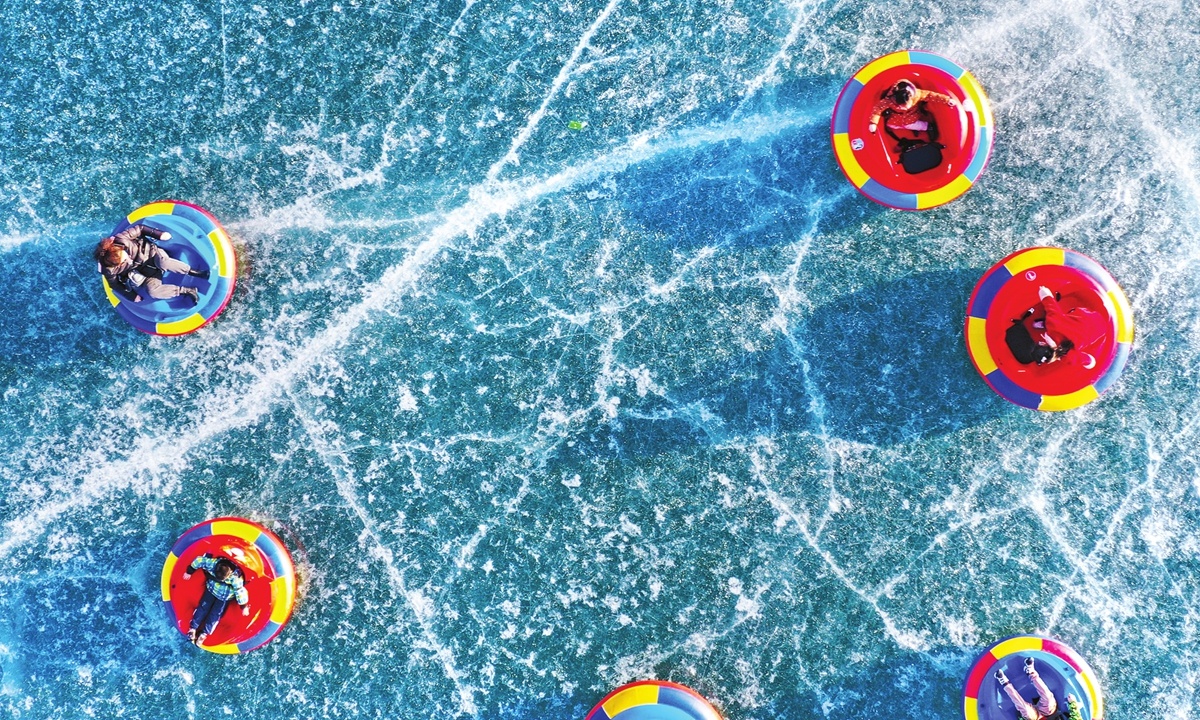 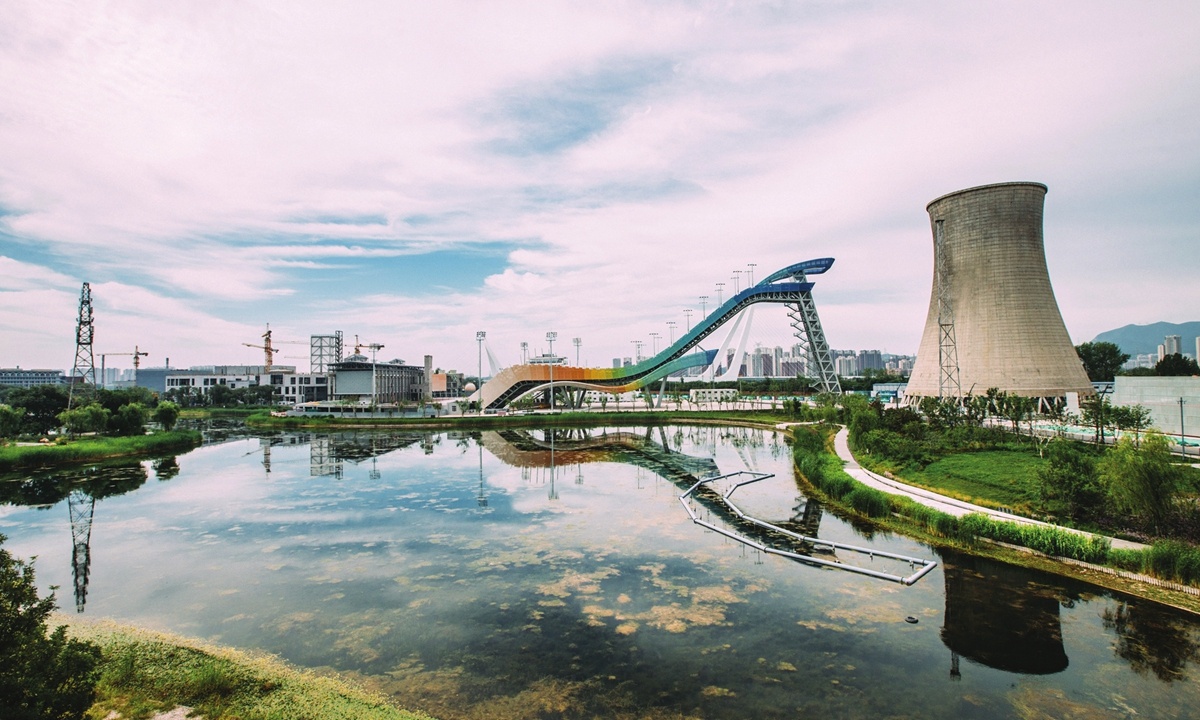