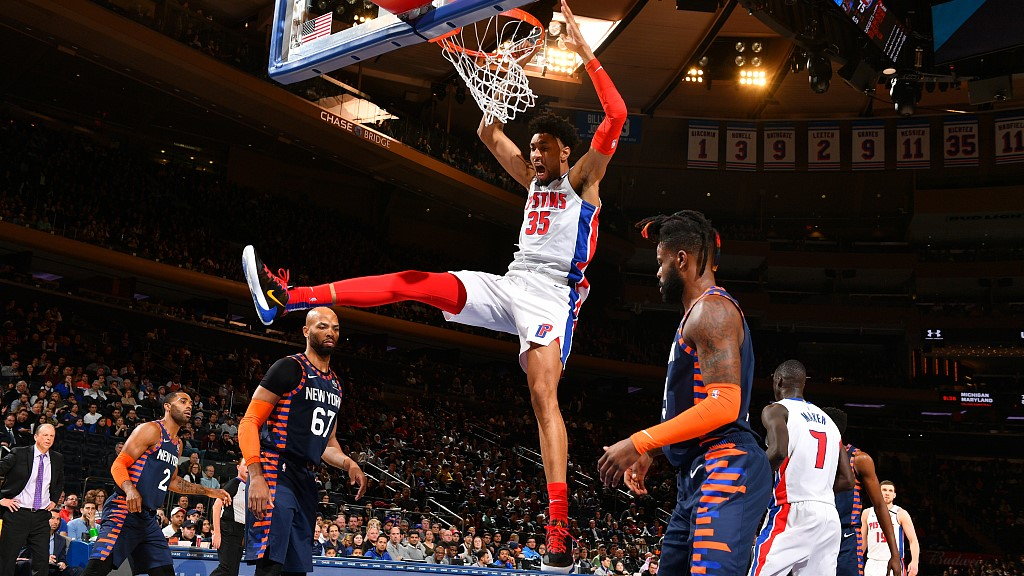 Christian Wood #35 of the Detroit Pistons dunks in the game against he New York Knicks at the Madison Square Garden in New York City, New York, March 8, 2020. (Photos: VCG)

Fans of the NBA's Detroit Pistons received some good news Wednesday. The team's young center Christian Wood, who previously tested positive for the new coronavirus, is "feeling great and fully recovered," according to his agent Adam Pensack.

Yahoo Sports reported that Wood only needs to go through a few more medical tests before he can be fully cleared.

Wood was the third NBA player to test positive for the virus after Rudy Gobert and Donovan Mitchell of the Utah Jazz. The two teams met on March 7 and four days later, Wood started to show symptoms of influenza. After Gobert tested positive for the virus, Wood returned to Detroit and received the same test result.

After that, every player, coach and member of the working staff of the Pistons that had close contact with Wood conducted self-quarantine and virus tests. Fortunately, no one tested positive.

There are currently over 2,200 confirmed cases of COVID-19 and 43 related deaths in the State of Michigan, where the Pistons are located.

Wood is the first in the NBA to recover from the new coronavirus. There are still 13 players and organization members from five teams with positive test results. Some players' families were also hit by the virus. For example, Karl-Anthony Towns from the Minnesota Timberwolves is now worried about his mother who had been placed in a medically induced coma while remaining on a ventilator because of COVID-19. 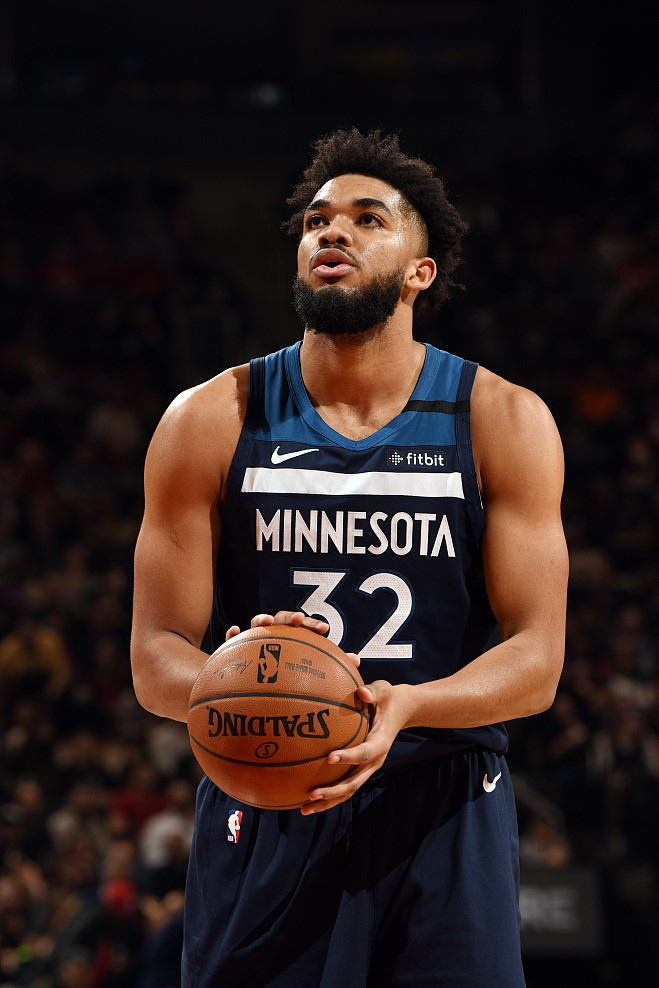 Karl-Anthony Towns of the Minnesota Timberwolves shoots a free throw in the game against the Toronto Raptors at the Scotiabank Arena in Toronto, Ontario, February 10, 2020.

In a video released by Towns on Wednesday, he revealed that his mother first seemed to be feeling better but after a few days she "went sideways" and her condition took a drastic turn for the worse.

Many in the NBA sent their wishes to Towns' mother.

"Stay strong @KarlTowns God has got you," posted Mitchell.

"Prayers to @KarlTowns amazing mother. Prayers to the KAT and his family as she fights to beat the virus," wrote Marc J. Spears from ESPN.