Portugal defender Cancelo out with virus

Defender Joao Cancelo has been removed from the Portugal squad after testing positive for the coronavirus ahead of the team’s European Championship opener against Hungary. 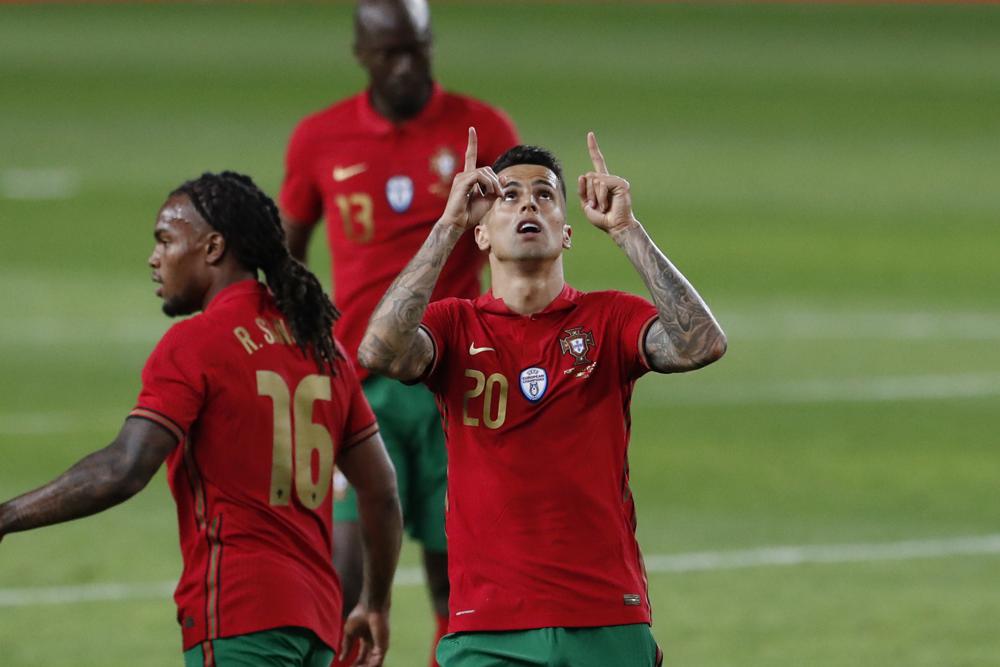 Portugal's Joao Cancelo celebrates after scoring his side's third goal during the international friendly soccer match between Portugal and Israel at the Alvalade stadium in Lisbon, Wednesday, June 9, 2021. (Photo: AP)

The team says the Manchester City player tested positive in a test taken Saturday. He has been placed in isolation.

Portugal coach Fernando Santos replaced him with Diogo Dalot for the game in Budapest on Tuesday. Dalot played for Portugal last week in the final of the European Under-21 championship. The Portuguese lost to Germany 1-0.

Players cannot be added back into a Euro 2020 squad after they are removed.