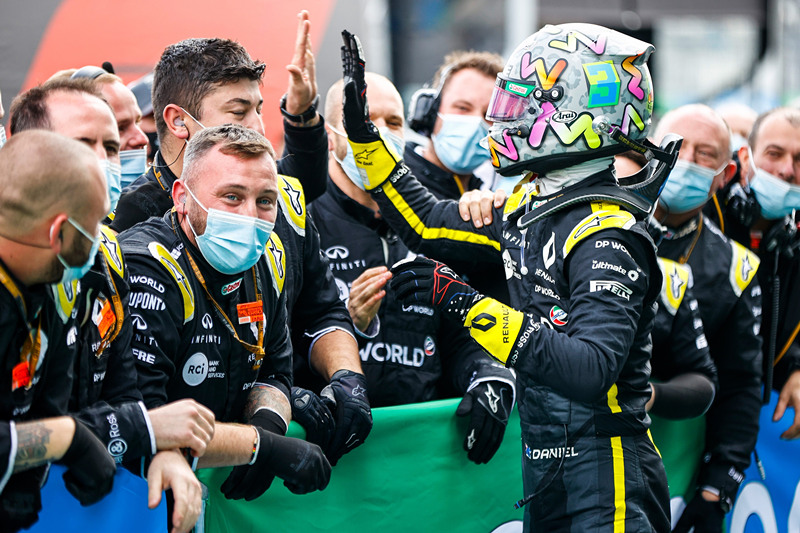 Renault racer Daniel Ricciardo (R) celebrates his third position with the team with all wearing masks at the Eifel Grand Prix in Nürburg, Germany. /CFP

Portugal's health authority said on Friday it was reconsidering whether to allow fans into sports events, including next week's F1 Grand Prix for which thousands of tickets had been sold, as it is trying to contain a surge in COVID-19 infections.

Without providing further details, the head of the health authority, Graca Freitas, told a news conference another option under consideration was to reduce the number of spectators.

The director of the 90,000 capacity Portimao circuit, in the country's southern Algarve region, said in August around 28,000 tickets had already been sold but warned fans would not be allowed in if the pandemic worsened.

F1 announced in July the Portimao circuit would host a grand prix for the first time as part of a revised calendar after some other races were cancelled as a result of the pandemic. 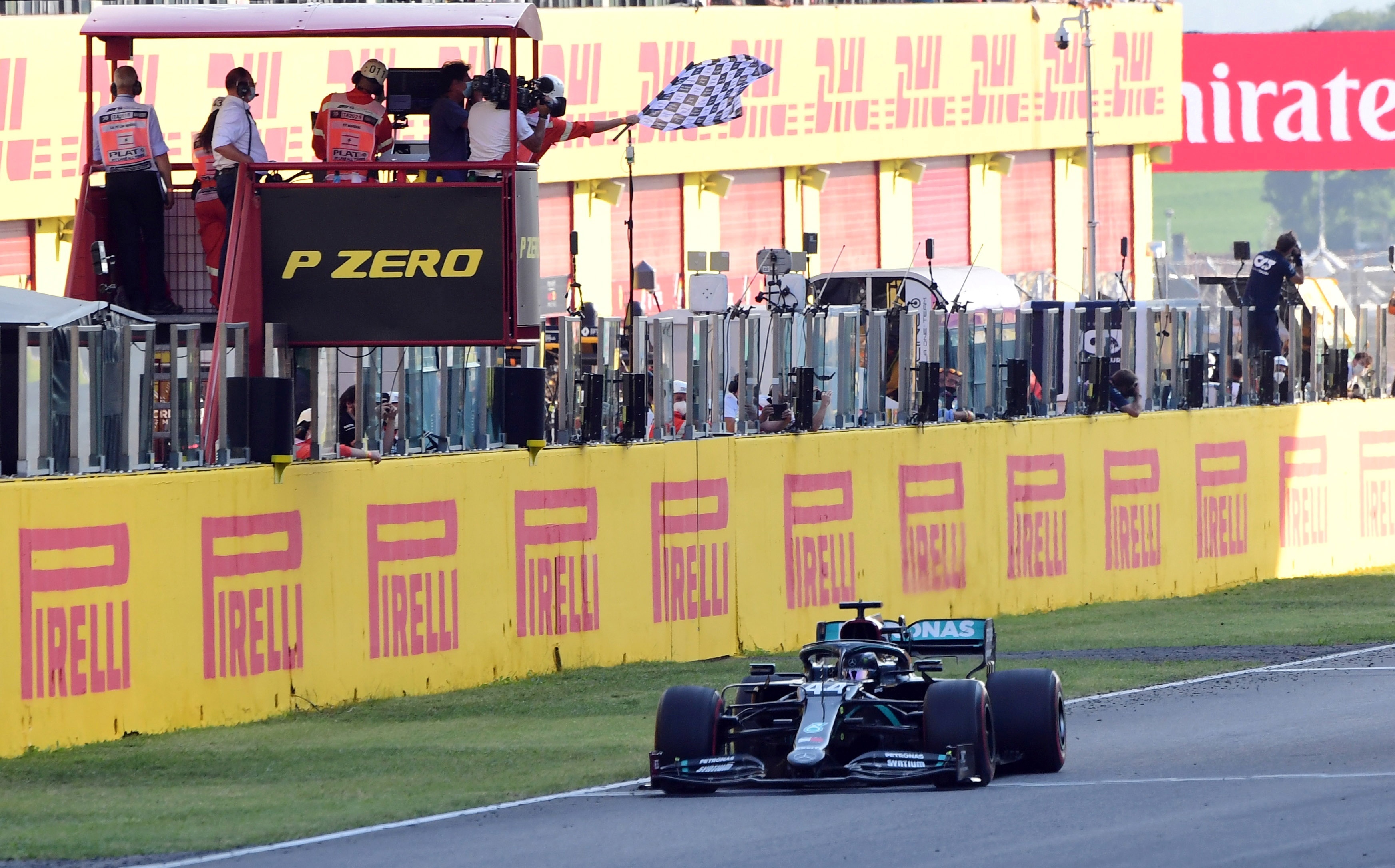 The October 24-25 race is also due to mark the return of the exclusive Paddock Club hospitality for VIP guests for the first time this season.

Freitas said the decision will take into consideration the epidemiological situation in the region where the event is happening and the type of event in question.

There was no immediate comment from F1 as only "limited in-person attendance" message posted on its website.

The Portuguese race was scheduled to mark the gradual return of fans to F1 races and five figure attendance is anticipated for upcoming races in Imola and Istanbul in November.

According to F1 health protocols, all spectators must wear masks, have their temperature tested, and stick to their designated seat. 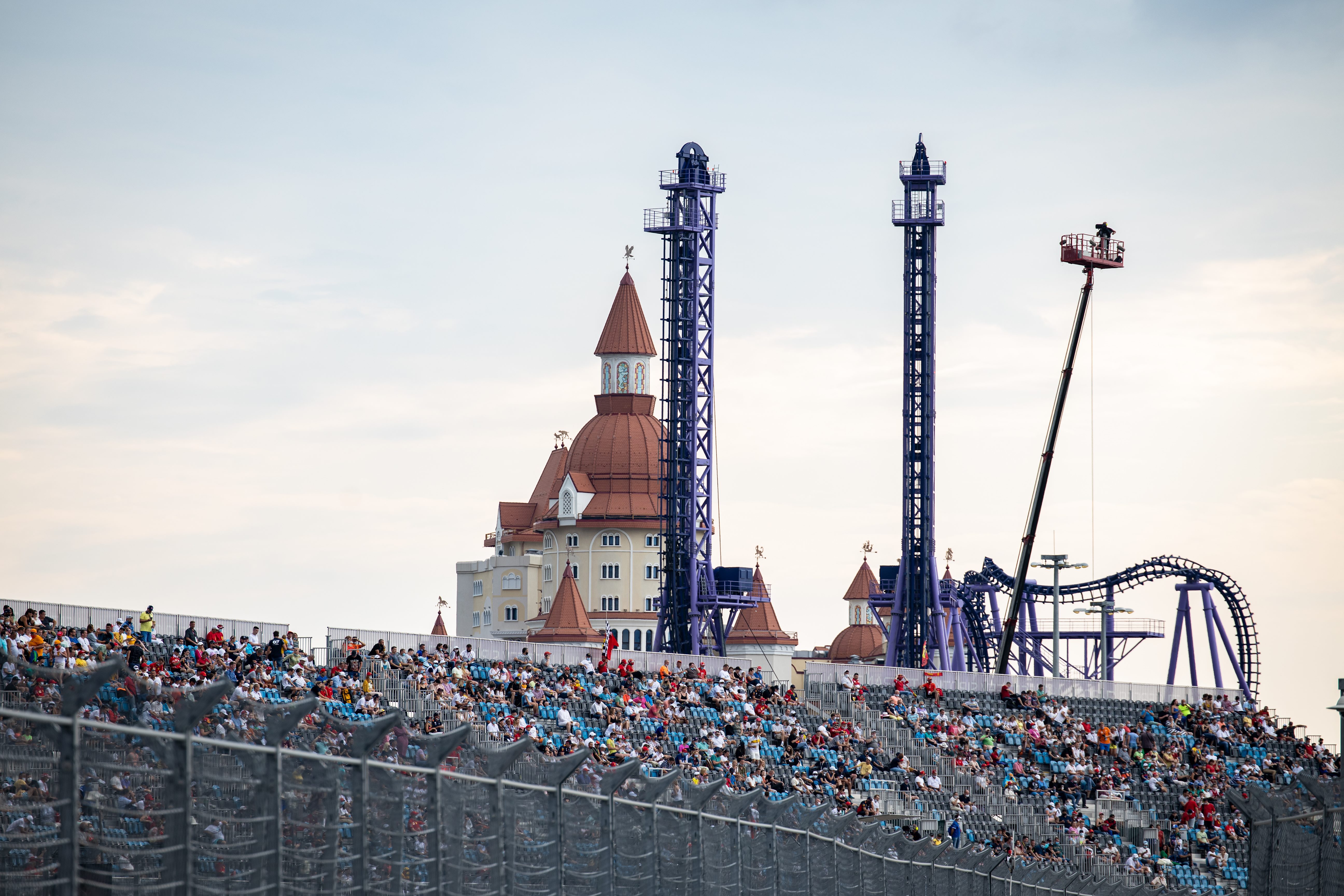 Fans in the grandstand at the Russian Grand Prix in Sochi, September 26, 2020. /CFP

After F1 held its first eight races behind closed doors, the first race to allow fans to attend in limited numbers was the Tuscan Grand Prix at Mugello in Italy on September 13.

The Ferrari-owned track allowed 2,880 paying fans to attend each day.

F1 welcomed spectators in greater numbers so far in a COVID-19 hit season at the Russian Grand Prix between September 25 and 27, attracting a 30,000 strong crowd in attendance.

The start of the F1 season was pushed back to July from March due to the pandemic. Races have been held with teams operating in isolated bubbles and with regular testing.

The total number of races was cut to 17 from the record 22 originally envisaged and the first eight races of the season were held without spectators. Portugal will be round 12.

Portugal, a nation of just over 10 million people, initially won praise for its quick response to the pandemic, recording a comparatively low 95,902 confirmed coronavirus cases and 2,149 deaths, but cases have crept up lately.

On Friday, the country hit 2,608 daily cases, the highest number of infections in a single day since the pandemic started, according to its health authority, although testing rates have also increased.

Also on Friday, the organizer of Vietnam's first F1 Grand pPrix said it has canceled the race, having already postponed the event initially scheduled for April due to the COVID-19 pandemic.