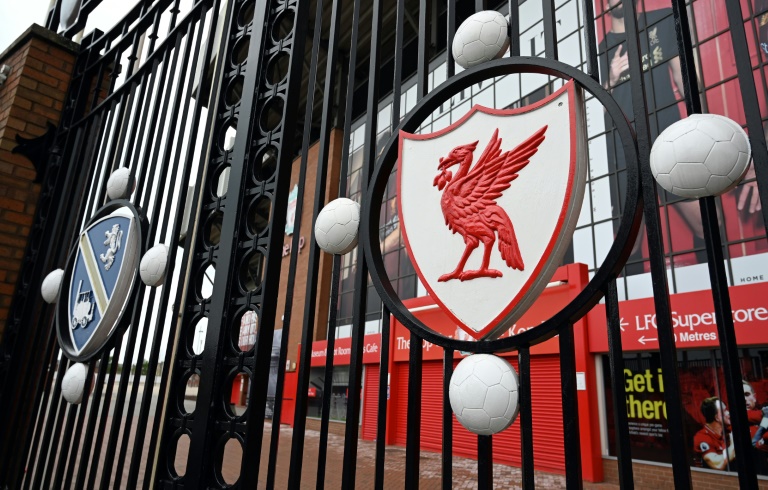 Liverpool might yet get the chance to seal its first Premier League title if the British Government accepts EPL chiefs 'Project Restart' according to The Times. (Photo: AFP)

The English Premier League is eyeing a resumption of the season on June 8, behind closed doors due to the coronavirus pandemic, and reaching a climax on July 27, according to The Times.

The paper claims football chiefs, along with other sports governing bodies, have been holding talks with the British government about when they can resume and at only "approved grounds".

The Premier League has 92 games remaining since it suspended the season on March 13 with Liverpool agonisingly close to their first-ever EPL title.

The matches would be played behind closed doors -- a maximum of 400 people would be permitted to attend including media though only if they tested negative for the virus -- and at selected stadia to limit stretching the limited resources of the medical services.

Extra changing facilities would be introduced to ensure social distancing measures were in place whilst players would be required to turn up for training individually and already in their kit.

They have also suggested August 22 as the date for the start of the 2020/21 campaign.

The main sticking point, though, remains the lack of tests available.

Should the season be unable to resume -- the Dutch championship was abandoned without promotion or relegation on Friday -- it would be a financial nightmare for the clubs.

Measures being taken to alleviate some of that has seen the EPL link up with DLA Piper -- a law firm that has advised on TV rights deals for the league in the past -- on an emergency loan fund, with a maximum of £10 million ($12.4 million) per club.

Some clubs have taken measures to agree with their players to ease the financial burden.

Southampton, West Ham United, Sheffield United, and Watford have agreed on deferrals with their first-team squads while the majority of Arsenal's players have agreed a 12.5 percent wage reduction.