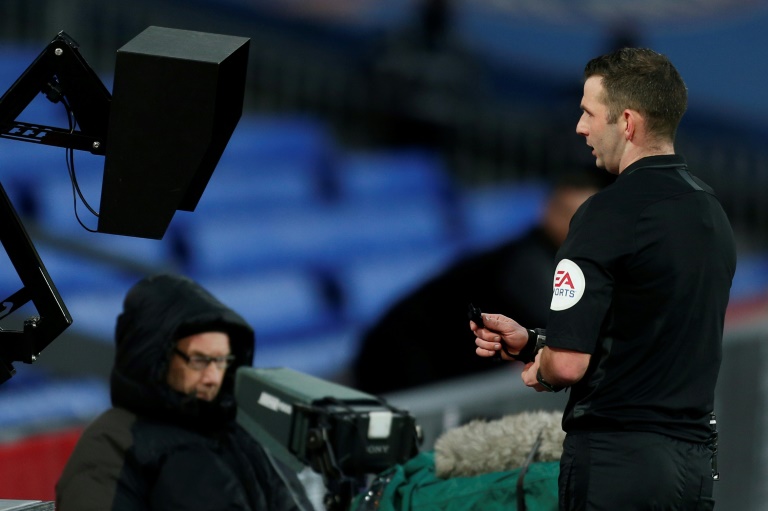 Premier League chiefs have advised referees to use pitchside monitors to make a final decision on red cards, according to reports on Friday.

Officials in the English top-flight were initially believed to have been told the monitors should be used only occasionally when the Premier League brought in VAR this season.

No referee has gone to review a decision using the monitors in the Premier League, instead relying on VAR to make the calls.

Michael Oliver did check the monitor before issuing a red card to Crystal Palace's Luka Milivojevic during an FA Cup third-round tie against Derby on January 5.

Palace boss Roy Hodgson was asked after that game whether he would like to see more referees follow Oliver's lead and said: "No, not particularly.

"If it is going to be the referee's decision on the field that counts why do you bother with the VAR people sitting there in Stockley Park?"

But Liverpool manager Jurgen Klopp said he felt pitchside monitors should be used.

"The only reason for having the monitor is using it," he said on Friday.

"I don't know 100 percent why they were not used so far. I hope it will not be five or six times a game. I saw it will not happen with all decisions, it's just about 100 percent clarification and if it is needed we must use all resources."

Manchester City boss Pep Guardiola also welcomed the move, adding: "Yes, I like (referees) to take the responsibility themselves, not others. I like it."

There have been growing calls for referees to use the monitors in a bid to curb some of the highly controversial decisions made by VAR this term.

And referees were reportedly reminded at a recent meeting they should go to the "referee review area" when VAR suggests upgrading a yellow card to a red or downgrading a red to a yellow.

Former Arsenal boss Arsene Wenger, the new head of global football development for world governing body FIFA, said last month it was "a worry" that the monitors were not being used regularly in the Premier League.