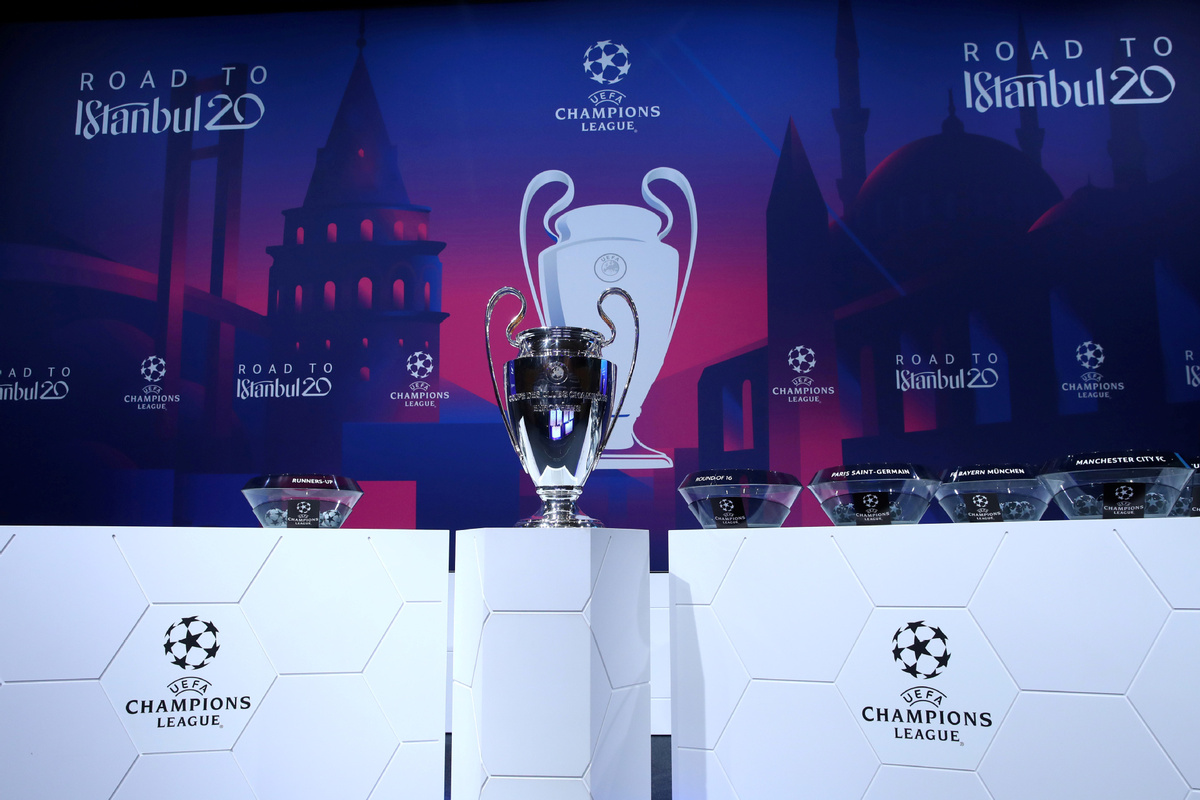 A general view of the Champions League trophy before the draw in Nyon, Switzerland on Dec 16, 2019.

European soccer's governing body (UEFA) is working on a proposal that could see the remainder of the Champions League condensed into a week-long mini-tournament with the final taking place on Aug 29 in Istanbul, the BBC has reported.

Football, as with most sports around the world, has been brought to a standstill by the COVID-19 pandemic, with all major European leagues suspended and the Champions League stalled in the middle of its round of 16.

UEFA wants the Europa League final to be held in Gdansk on Aug. 26 and the Champions League final played three days later, the report said.

UEFA is considering two options, one of which is to hold the Champions League quarter-finals and semi-finals across two legs in July and August. This would only be possible if domestic leagues restarted in June.

The second option is to play the remaining Champions League ties as one-off fixtures after the end of the domestic seasons and could see the remainder of the competition played out over the course of a week.

Both options would be discussed at UEFA's Executive Committee meeting next Thursday, the report added.