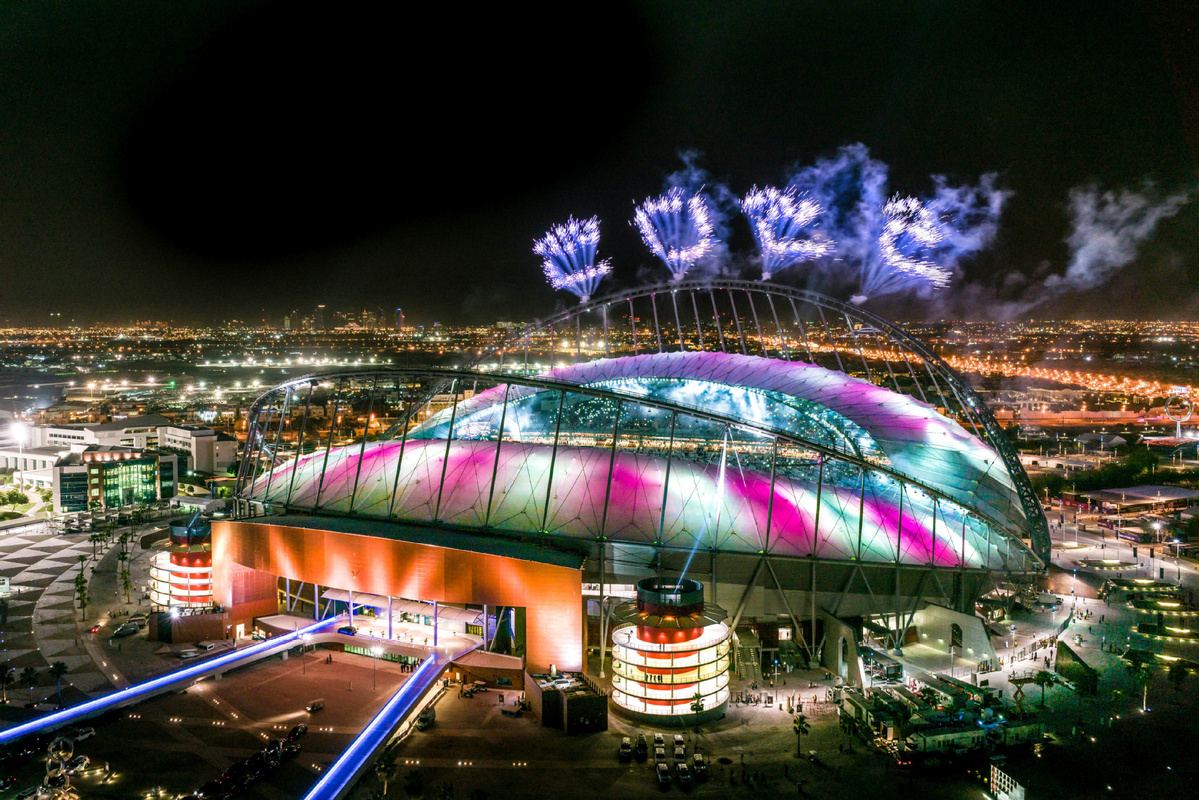 General view of the Khalifa International Stadium in Al Rayyan ahead of the World Cup in 2022. (Photo: Agencies)

DOHA - The FIFA World Cup Qatar 2022 has unveiled its match schedule on Wednesday, as the hosts will kick off the tournament at Al Bayt Stadium on November 21, 2022 at 13:00 local time.

Starting from December 3, the matches in knockout-stage will kick off at 18:00 and 22:00. The play-off for third place on December 17 is set to kick off at Khalifa International Stadium at 18:00, while the final is scheduled one day later at 18:00 at Lusail Stadium.

However, there may still some changes. According to FIFA's website, the possibility that providing a more beneficial kick off time will be furtherly discussed after the group fixtures' final draw that currently being planned for after the March 2022 international match calendar qualifying window.

The Qatar 2022's compact nature, with no air travel needed to move between the venues, will allow organisers to optimise specific match demands for the benefit and comfort of fans, teams and media.