SPORTS Racing under starters orders on road to redemption

Racing under starters orders on road to redemption 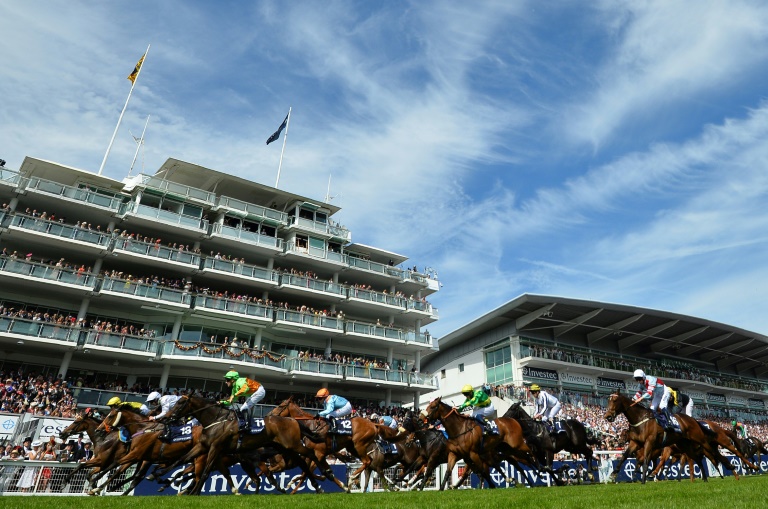 Racing becomes the first sport in England to resume post the coronavirus lockdown in what many in the industry see as a great opportunity to attract a new fan base. (Photo: AFP)

English racing will on Monday offer a beacon of hope after months of nationwide gloom when it becomes the first sport in Britain to emerge from coronavirus lockdown.

Criticised for pressing ahead with the Cheltenham Festival as the pandemic took hold in March racing now finds itself in the news in an altogether more positive light.

It returns at Newcastle with a surreal feel with no spectators to watch the 10 flat races restricted to 12 runners per contest and trainers, jockeys and grooms wearing masks.

There will be none of the usual celebratory hugs or shake of the hands between jockeys and trainers as social distancing officers will be on hand to ensure people stay two metres apart.

However, leading flat trainer Hugo Palmer told AFP morale at his Kremlin Cottage Stables in Newmarket has been high due to the "sunniest spring for years" but admits it might have dipped had racing "not been around the corner".

The genial Englishman -- who established himself among the top rank with champion miler Galileo Gold in 2016 -- says racing resuming for the first time since March 17 is a "tremendous opportunity" for the sport.

"There is precious little else to watch although it coincides with the day the Government allows more people to meet outside," Palmer said.

"My mother would have been furious if she caught me watching TV on a sunny day!

"However, we have to hope people will stay inside and watch the racing.

"It is a real opportunity to pick up new followers."

Palmer says racing owes a huge debt to the loyalty of owners through the crisis.

Palmer -- who has around 100 horses -- said they could have cut their training costs by taking them away whilst the sport was shut down.

"People largely own racehorses for pleasure and amusement," he said.

"The sport is only able to go ahead on Monday because of the thousands of horses owners have continued to pay to have in training.

"The overwhelming majority of staff were not furloughed and we have not existed on government handouts.

"We all owe them (the owners) a huge debt of gratitude.

"If they had pulled them out of training then we would not have been in a position to put sport on at all."

Phoenix Thoroughbreds -- who have over 60 horses in the United Kingdom -- will have one runner on Monday, Luck on Sunday trained by John Quinn.

"We made a commitment at the start of the lockdown not to take any of our horses out of training and we stuck to that," Phoenix Thoroughbred's CEO Amer Abdulaziz Salman told AFP.

"For us, we need to race not just for the prize money but also for the breeding side of our operation."

Salman takes the same view as Palmer that it could be a new dawn for the sport.

"This is an unprecedented opportunity for racing in the UK to raise its profile," he said.

"With no other sport to watch, you would hope a whole new audience and even generation will tune in."

Palmer has two runners at Newcastle -- the racecourse where two-time Arc de Triomphe winner Enable opened her account in November 2016 -- but will not be gracing the track with his presence.

"I have a very experienced team of people who are very good at their jobs," he said.

"With restricted numbers my presence would be unnecessary.

"People will be just going back to their cars (when they don't have runners involved in a particular race) and listening to the radio or watching the racing on their phones."

Palmer says it has been perhaps easier for trainers to keep going because equine viruses are the bane of their lives.

"There was a biography titled 'Months of Misery and Moments of Bliss (late trainer Bill Wightman)," he said.

"To train horses you need an inherent optimism and a spring in your step to drag yourself out of bed long before the cock crows and to keep doing it because nobody is forcing you to do it."