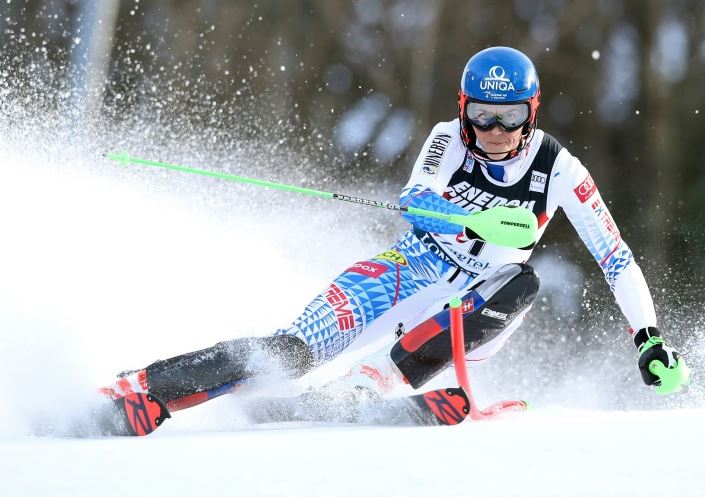 Petra Vlhova took advantage of a rare error from world champion Mikaela Shiffrin to score a rare victory over the American in the alpine World Cup slalom in Zagreb on Saturday.

Shiffrin had won the last six World Cup slalom races but took a gate wide on the opening section of the first run, and the long-suffering Vlhova seized the initiative to lead by 1.16sec

On the second floodlit run on a mild evening with 70 tightly packed gates Shiffrin posted a blistering second run of 1min 0.88sec with only her Slovenian rival remaining at the start gate.

Vlhova held her nerve and put in a thundering second run which was even faster than the American's, giving her victory an extra air of authenticity.

"Today I felt totally great, in the morning I made no mistakes," beamed Vlhova after her impressive win.

"I always end up in second place but today I won. I dedicate this win to all my fans, this one's for you."

Shiffrin, who is also a double Olympic champion, won both the giant slalom and slalom at Lienz last weekend and leads the World Cup slalom and overall standings by a clear margin.