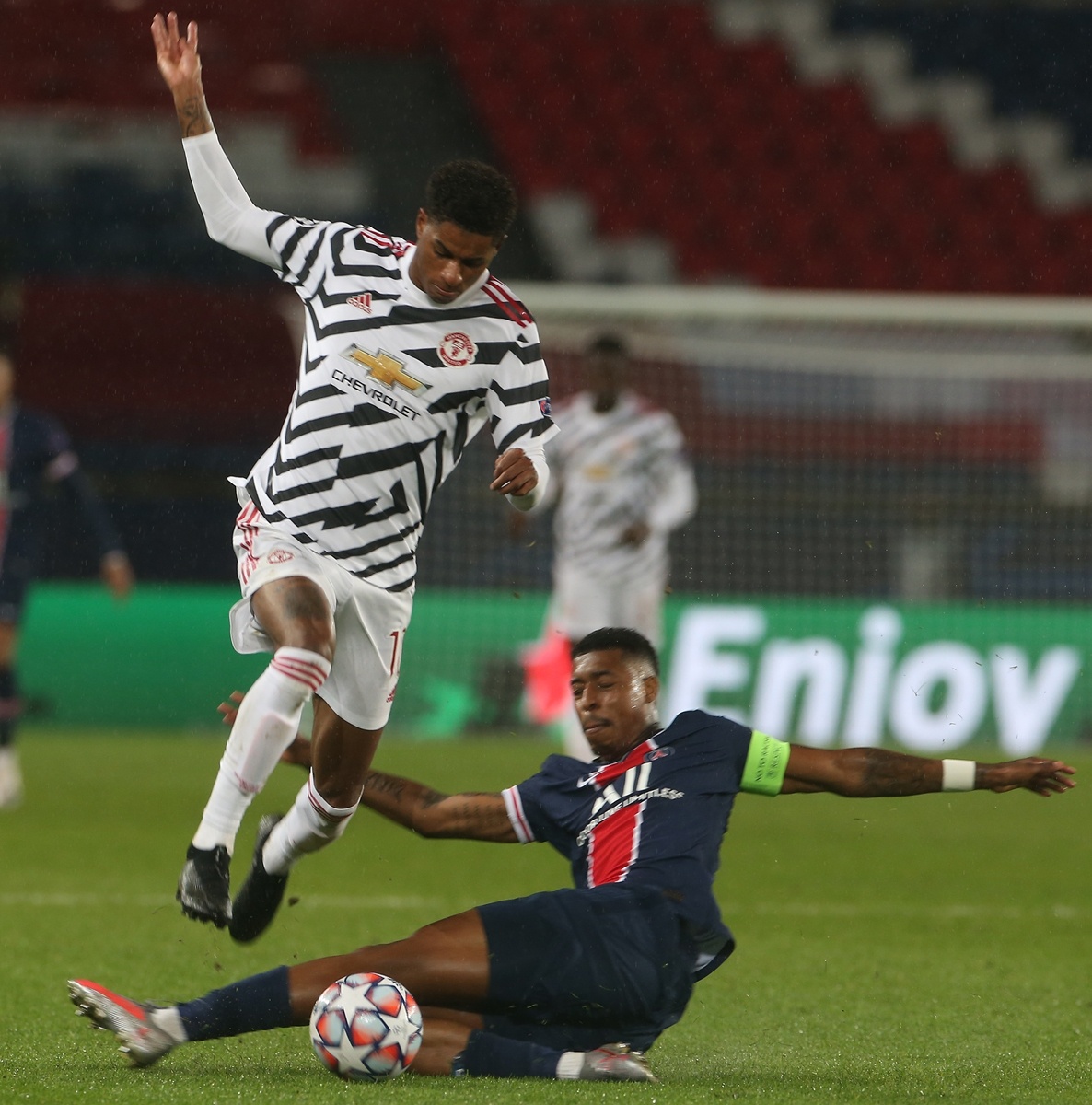 Marcus Rashford once again sank Paris Saint-Germain after netting the decisive goal in a 2-1 Champions League win in the French capital on Tuesday, while Barcelona sent a message with a thumping 5-1 victory over Ferencvaros.

Rashford, who scored the winning spot kick when United knocked PSG out in 2019, drilled home a low shot three minutes from the end which won a thrilling Group H contest at a near empty Parc des Princes.

United had taken the lead in the 23rd minute when Bruno Fernandes slotted home from the spot at the second attempt, but Anthony Martial inexplicably headed Neymar's corner into his own net 10 minutes after the break.

The rest of the match was an end-to-end affair with both sides opting to go for the win rather than hold on for the draw, and Rashford took the points after twice being denied by Keylor Navas earlier in the match.

"Of course it's a nice feeling. More importantly we win the game and we're in a strong position now in the group," Rashford told BT Sport.

"It's the first game, the concentration and intensity we showed today we have to take forward in the next games in the Premier League."

The win sets United up nicely for next week's home clash with RB Leipzig, who are top of the group after beating Istanbul Basaksehir 2-0 in Germany.

Ronald Koeman got his first Champions League campaign as Barcelona coach off to a winning start with a confident win over Ferencvaros that gives them control of Group G, top but level on three points with Juventus.

Ferencvaros, the first Hungarian team to make the group stage in 11 years, started brightly and even had the ball in the net via Tokmac Nguen only for the powerful strike to be ruled out for offside.

Messi won and converted the penalty to give the Catalans a 27th-minute lead and the match was as good as done when Ansu Fati clipped home Frenkie de Jong's sumptuous pass just before the break.

Philippe Coutinho lashed home the third before Ihor Kharatin pulled one back from the penalty spot after Gerard Pique was sent off for pulling back Nguen as he charged towards goal.

Pique's red card means he will miss next week's game away at Juventus, a greater test of Barca's capabilities.

Pedri and Ousmane Dembele finished the scoring for the 10-man hosts as they prepare for the weekend's Clasico with Real Madrid.

"We go into it with the maximum motivation possible," said Fati. "It's a Clasico, a game I have always dreamed of playing in."

Juventus looked comfortable in their 2-0 win at Dynamo Kiev in what was the Andrea Pirlo's first-ever Champions League match in the dugout, with Alvaro Morata scoring twice to take the points for the Italians.

It was a good night for Italy as Ciro Immobile got revenge on his old club Borussia Dortmund by scoring in Lazio's 3-1 win over the Bundesliga club in Rome, their first Champions League match in 13 years.

Lazio went two ahead midway through the first half thanks to Marwin Hitz deflected Luis Alberto's whipped corner into his own goal.

Haaland pulled one back with a thumping finish but Immobile laid on an easy finish for Jean-Daniel Akpa-Akpro to hand Lazio a big win.

"There was an extra flavour and we are satisfied because the match was played to perfection," continued Immobile.

Chelsea are still waiting for a 220 million pound ($284 million) spending spree to pay off as they began their campaign with an uninspiring 0-0 Group E draw with Sevilla at Stamford Bridge.

The Blues have now won just two of their opening six games of the season and the only consolation of a cagey encounter for manager Frank Lampard was a rare clean sheet.

All four sides in the group are on a single point after Rennes drew 1-1 with Krasnodar in their first-ever Champions League match in front of 5,000 passionate fans in Brittany.