SPORTS Reaching the summit, breaking barriers all the time

Reaching the summit, breaking barriers all the time 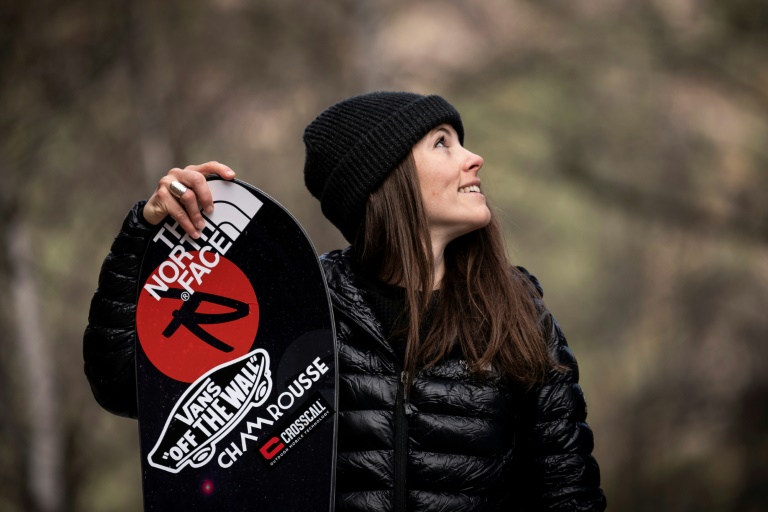 When Marion Haerty was a child, she saw her brother snowboarding and dreamed of having a go herself. Today, she is the world freeride champion and a groundbreaking star in a breathtaking sport.

"I've always liked pushing the limits," Haerty said in Andorra, where she was training.

At times the 28-year-old French rider is helicoptered to craggy summits, before strapping on her board and descending at high speed -- freeride consists of a long descent on a snowboard during which competitors have to perform tricks.

"What I like is the creative aspect, combined with pitting myself against the elements. I think of myself as being like a crayon drawing a line on a blank page, except that in this case it's virgin snow on a slope."

The mountains have been part of Haerty's life almost since she was born. She grew up near Grenoble, the host city of the 1968 Winter Olympics.

At the age of 10 she snowboarded for the first time and her talent was soon spotted by a coach from a local club. Before long she was taking part in snowboard competitions.

Lack of recognition from men

Her introduction to freeride came later when, in 2015, she received an invitation from the Freeride World Tour, the organisers of the world championships.

"It was the start of a new adventure," Haerty recalled, smiling at the memory.

She finished third that year but she was soon on top of the podium, becoming world champion in 2017 and 2019. This year she has crushed the opposition and leads the standings by 10,000 points.

If she wins for a third time, she will become the first woman to win three world titles, joining US rider Sammy Luebke who achieved the feat for the men -- a significant milestone in a sport that until now has been dominated by men.

The road to the summit hasn't been easy for Haerty. In the early days she was subjected to the mocking of male freeriders when she fell trying out a new manoeuvre and also felt their scorn when she refused to go down a slope that they were happy to try.

"It's hard to get recognition from my male counterparts," she said.

She said she found the only way to build her confidence was by taking part in high-level competition. "It helped me to develop as a woman. To commit to something, make choices and stay true to my values. And to develop my self-confidence, even if that is something I'm still working on."

But she says there is still a long way to go to change the macho culture in her sport.

"We're still mired in this culture in which women shouldn't take risks, where danger isn't a thing for women. When we do extreme sport, they make us feel that somehow we don't conform to the standards for women imposed by society."

After 12 years of existence, this is the first year that prize money on the Freeride World Tour will be equal for men and women.

Despite that victory, there is a long way still to go, Haerty said.

On the freeride circuit there are 16 women compared to 32 male competitors. Despite that "we are going in the right direction -- before, women weren't as prominent and they weren't taken seriously."

Very few women freeriders can live from the sport. "That's not a concern for the men," Haerty says.

"But sponsors are starting to realise that the world is not populated just by men and that there's a wintersports market for women out there." Haerty herself is backed by sportswear company The North Face, which is using her in a campaign about female skiers.

There are even all-women wintersports clubs -- one is called Lead The Climb.

Haerty is taking a more hands-on approach, coaching young girls at the club where she began.

"I want to tell them that they must ignore the barriers, that if they aim for the moon, they'll reach the stars -- they just have to dare to try."