MADRID, July 27 (Xinhua) -- Chinese international striker Wu Lei's time in Spain could be coming to an end with the Spanish sports paper Diario AS on Wednesday reporting that he and his current club RCDE Espanyol are negotiating for him to return to China. 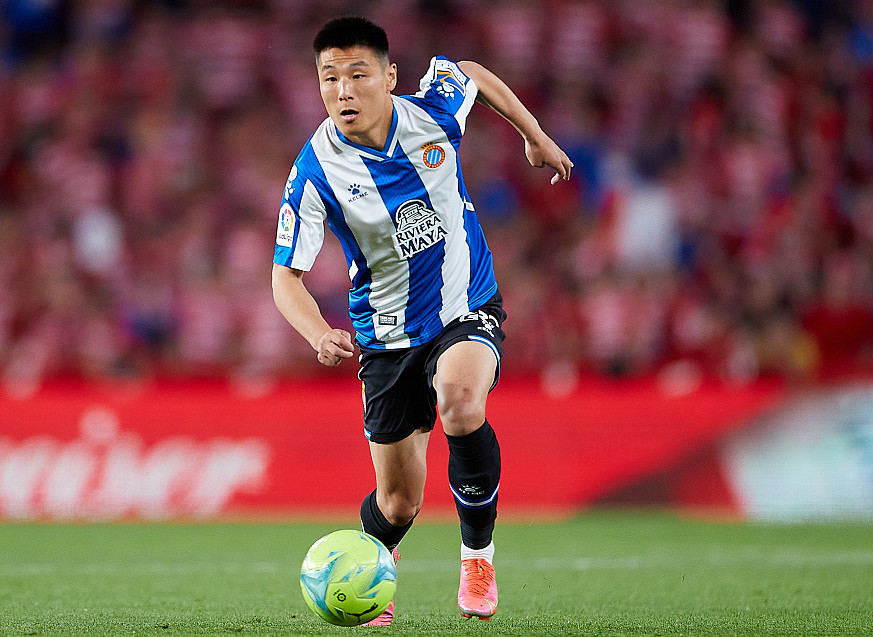 AS reports that even though Wu has a year and a half left on his contract, his former club Shanghai SIPG got into contact with Espanyol and the player a week ago to discuss the return of their record goalscorer.

The paper informs that Espanyol will sanction a move that would help them to free up salary to contract new players for the coming season under the complicated Spanish wage ceiling rules.

Wu joined Espanyol in January 2019 and played regularly in his first two seasons at the club, but he made just eight starts in 31 appearances totaling less than 900 minutes in the second division two years ago and started just four times on Espanyol's return to La Liga last season.

The forward has struggled with a knee problem over the summer and Espanyol's signing of former Alaves striker Joselu and the return of Matias Vargas after a loan spell look to have pushed him further down the pecking order and new coach Diego Martinez is not expected to oppose his departure.