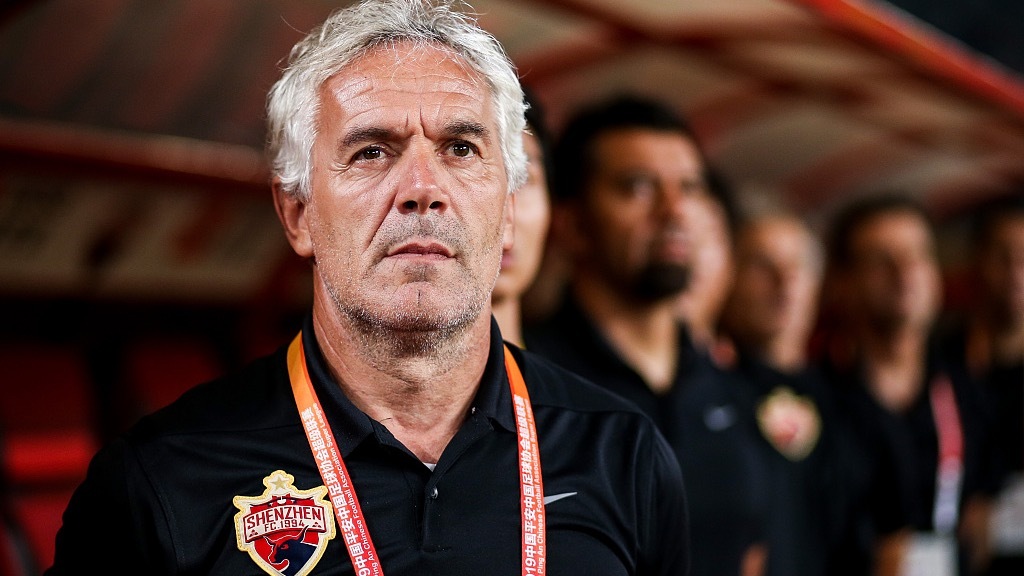 Roberto Donadoni was sacked by Shenzhen FC after a poor run of results in the 2020 Chinese Super League. (Photos: VCG)

Having taken charge of just four games since China kicked off its coronavirus-delayed season in late July, the former Italy head coach was relieved of his duties on Tuesday night by Shenzhen FC, who reacted ruthlessly to make him the first managerial casualty of the truncated campaign.

The appointment of Donadoni last summer was heralded as a coup for the struggling Chinese Super League outfit, who were then left stuck in drop zone following a series of poor results and wretched performances on and off the pitch.

However, the 56-year-old failed to halt to their abysmal run of form, overseeing a single win in the 10 remaining games. Yet fortune smiled on Shenzhen as an unexpected twist saw them pull off an unlikely escape from relegation after fellow strugglers Tianjin Tianhai were forced to dissolve under a welter of debt. 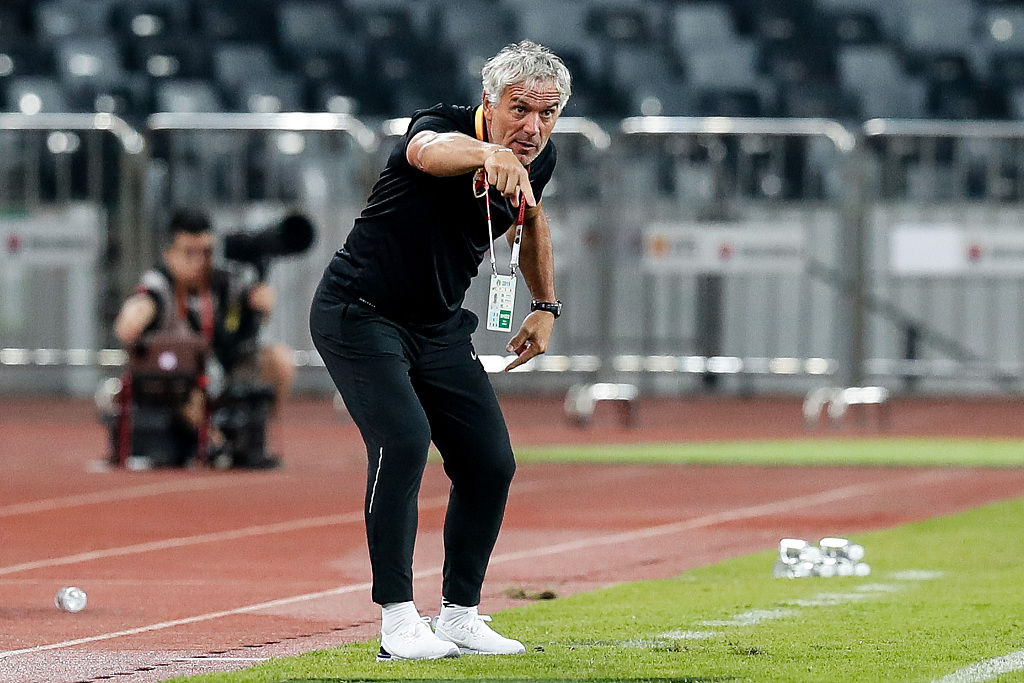 Roberto Donadoni barks out orders to his players during their league clash with Henan Jianye, Shenzhen, China, November 27, 2019.

Buoyed by their reversal of fortunes, Shenzhen made the choice to stick with Donadoni and signaled unyielding support for the AC Milan legend by signing up 19 new players during the transfer window to bolster up their depleting squad depth for the new season.

The team did start off on a great footing as Donadoni orchestrated a comfortable 3-0 win over Giovanni van Bronckhorst's Guangzhou R&F in their opening game. But everything went downhill after that, with successive defeats at the hands of Shanghai Shenhua, Guangzhou Evergrande and Henan Jianye sealing the Italian's fate.

With hindsight, the writing had virtually been on the wall since the loss to Shenhua at the end of last month, a defeat that exposed the breakdown of the relationship between coach and the club hierarchy. The owners were particularly alarmed by a conspicuous lack of tactical clarity and a shocking display of naivety in team selection with some of Donadoni's decisions during the fiery encounter deemed highly questionable for the squad he had inherited. 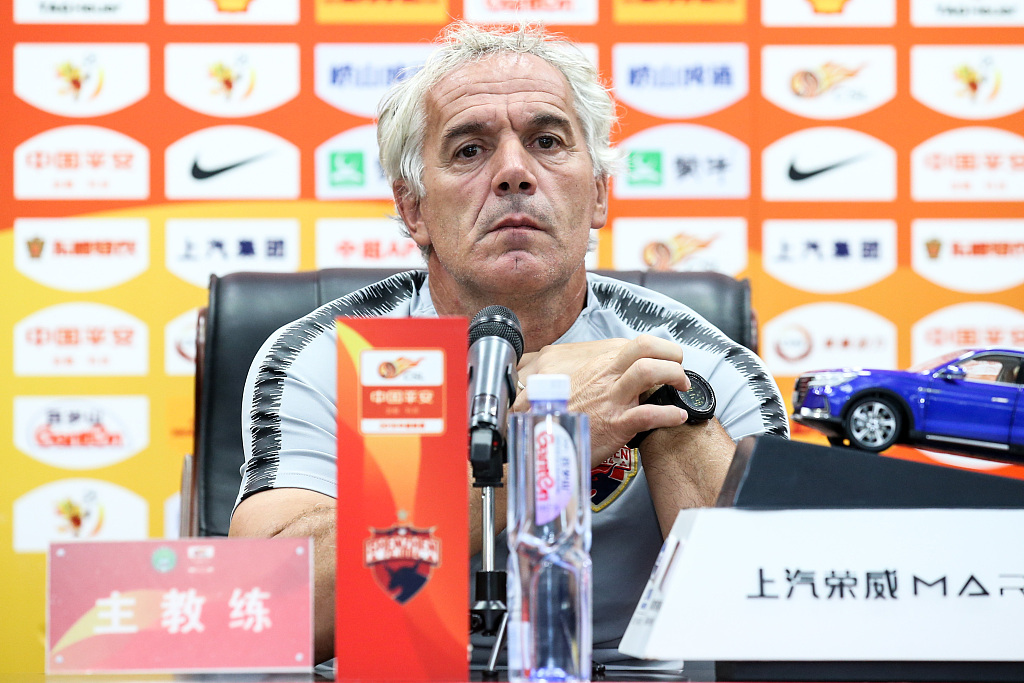 Roberto Donadoni came under huge pressure as he guided Shenzhen FC to only two wins in 14 matches at the helm.

It is understood that the players grew increasingly frustrated with Donadoni's old-school coaching methods. Reports suggest a host of key players failed to see eye-to-eye with the veteran who is an exceedingly stubborn character and refused to make adjustments even when his much-vaunted game-plans went south.

It didn't help that Donadoni's gamble on former Napoli midfielder Blerim Dzemaili also backfired spectacularly as the 34-year-old Swiss star, who played under the Italian coach through several stints in Serie A, has struggled for form and fitness since arriving in the winter.

As it is, a celebrated tactician whom Shenzhen had hoped would fuel their undisguised ambition ended up being shown the door less than three weeks into the new season. 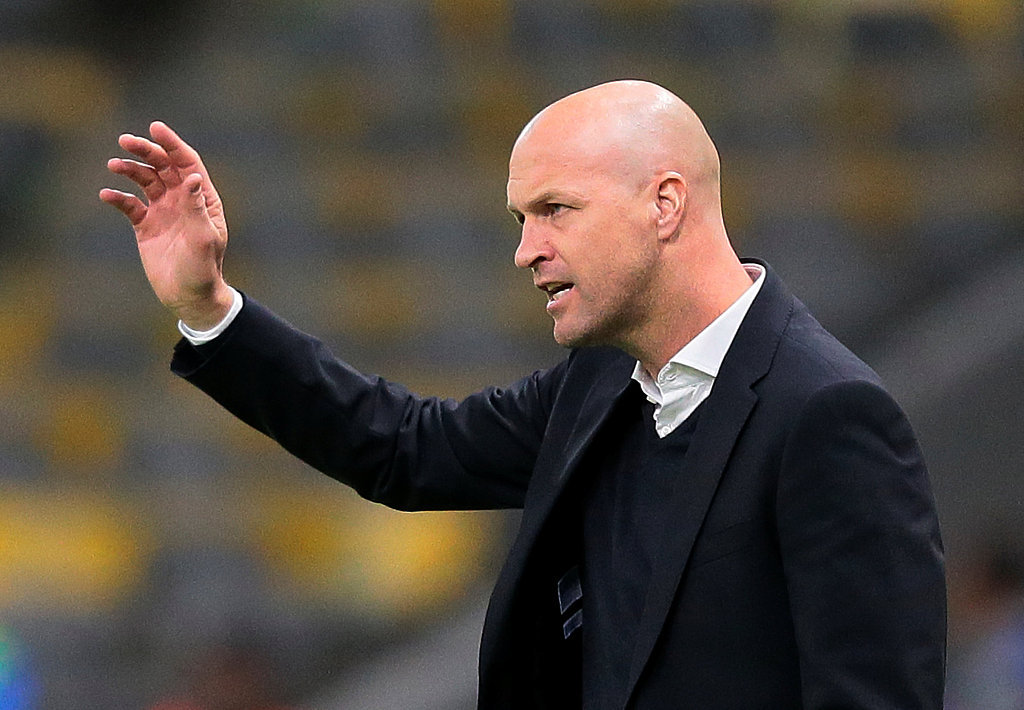 Is Jordi Cruyff the right man for Shenzhen FC?

Meanwhile, Shenzhen are expected to turn to Jordi Cruyff, son of Netherlands, Ajax and Barcelona great Johan Cruyff, to arrest their slump in form. The former Manchester United big-name enjoyed commendable success at Chongqing Dangdai in 2019 when he guided the small-budget minnows to an incredible 10th-place finish.

The 46-year-old is renowned for his tactical flexibility and excellent man management skills, but he will inherit a side with low morale and trigger-happy ownership, with daunting games against Shandong Luneng, Jiangsu Suning and Evergrande to come.

It could spell another wild and tumultuous ride.