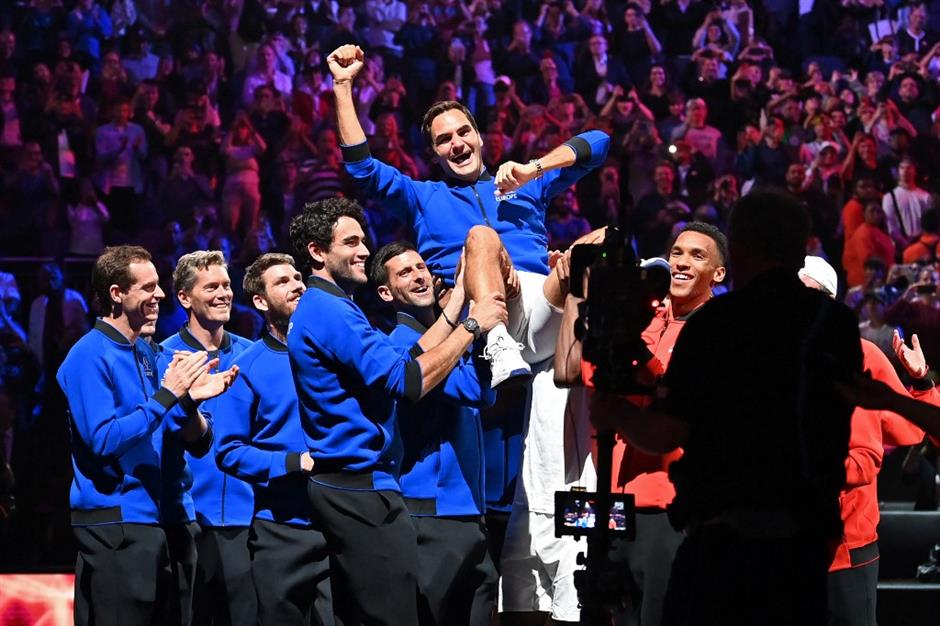 Switzerland's Roger Federer is given the bumps by teammates after playing his final match, a doubles with Spain's Rafael Nadal of Team Europe against USA's Jack Sock and USA's Frances Tiafoe of Team World in the 2022 Laver Cup at the O2 Arena in London, early on September 24, 2022. Roger Federer brings the curtain down on his spectacular career in a "super special" match alongside long-time rival Rafael Nadal at the Laver Cup in London on Friday.

The 41-year-old superstar teamed up with his longtime friend and rival Rafael Nadal in his one last contest on Friday, losing a doubles match to Jack Sock/Frances Tiafoe of the United States 4-6, 7-6(2), 11-9 in the Laver Cup.

"It's been a perfect journey," Federer said. "I would do it all over again."

Federer, who has not played since the 2021 Wimbledon quarter-finals, announced last Thursday that he would retire from Grand Slams and the ATP Tour after the Laver Cup held from September 23 to 25 in London.

The 20-time Grand Slam winner had decided earlier that he would only play one doubles match at the Laver Cup held in London's O2 Arena.

The defeat meant Team Europe were locked at 2-2 with Team World at the end of the opening day of the Ryder Cup-style event.

"We'll get through this somehow," said a tearful Federer. "It's been a wonderful day. I'm happy, I'm not sad. It feels great to be here and I enjoyed tying my shoes one more time. Everything was the last time."

The Swiss is leaving the sport 19 years after winning his first Grand Slam title at Wimbledon in 2003. Nadal (22) and Novak Djokovic (21) have both surpassed Federer's tally of Grand Slam titles.

Team Europe have won all four previous editions of the Laver Cup. Italian Matteo Berrettini will take Federer's spot over the weekend as an alternate in this year's edition. 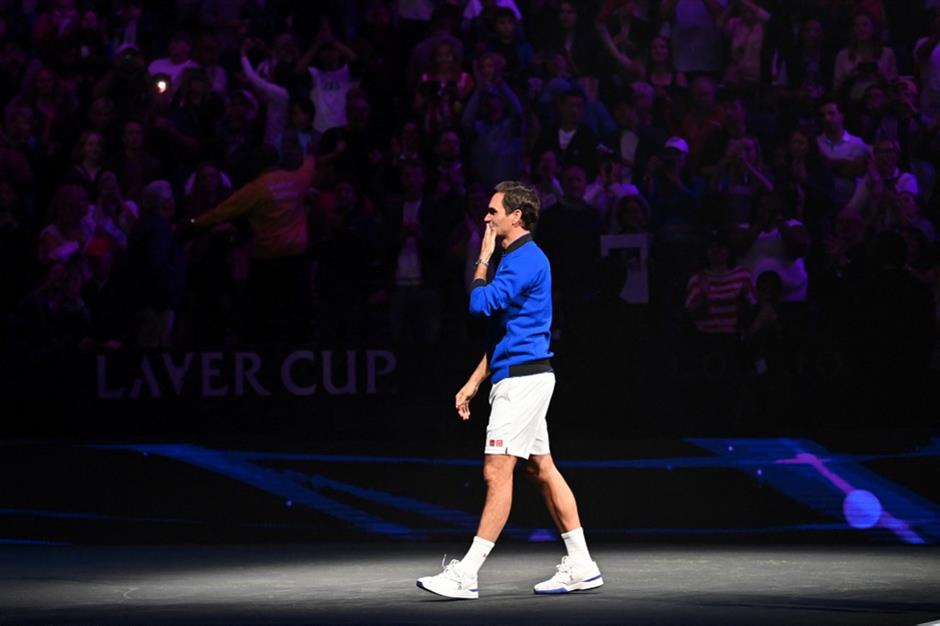 Switzerland's Roger Federer does a lap of honour after playing his final match.