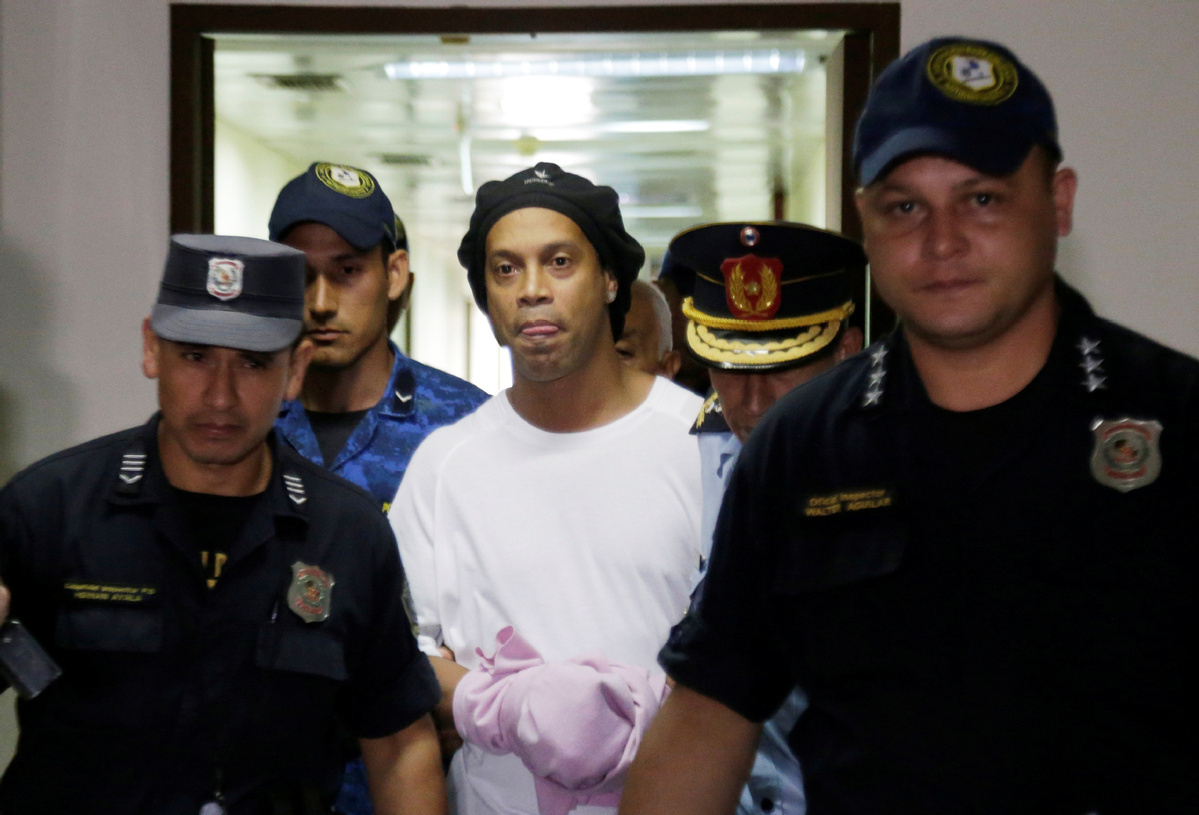 Ronaldinho handcuffed and escorted by police at the Supreme Court of Paraguay, Asuncion, Paraguay, March 7, 2020. [Photo/Agencies]

ASUNCION - Ronaldinho will be allowed to leave jail after a Paraguayan judge granted his request for house arrest, prosecutors said on Tuesday.

The Brazilian football great and his brother, Roberto Assis, have been held at a prison in Asuncion since March 6 for using fake passports.

The pair will be relocated to a hotel in the center of Asuncion after agreeing to pay $1.6 million in bail during a court hearing. Judges had rejected three previous bail requests by the brothers.

"The bail amount was important," prosecutor Osmar Legal told reporters. "They previously offered to use a house that was not even in their name as a guarantee. Now they have opened checking accounts in their name and deposited the amounts," he added.

Ronaldinho and Assis will stay at the four-star Palmaroga Hotel while authorities continue to investigate the case, Brazil's Globo Esporte reported.

The former Barcelona playmaker traveled with Assis to Paraguay on March 4 to participate in a children's charity event and promote a new book. They were arrested later that day for entering the country with false travel documents.

The pair have denied any wrongdoing and said they were presented with the passports as a "gift" upon arriving in Asuncion.

Ronaldinho retired from football in 2018 after a career that included spells at Gremio, Paris Saint-Germain, Barcelona, Milan and Atletico Mineiro, among other clubs. He was a part of the Brazil team that won the 2002 World Cup in Japan and South Korea and was twice voted the FIFA world player of the year.