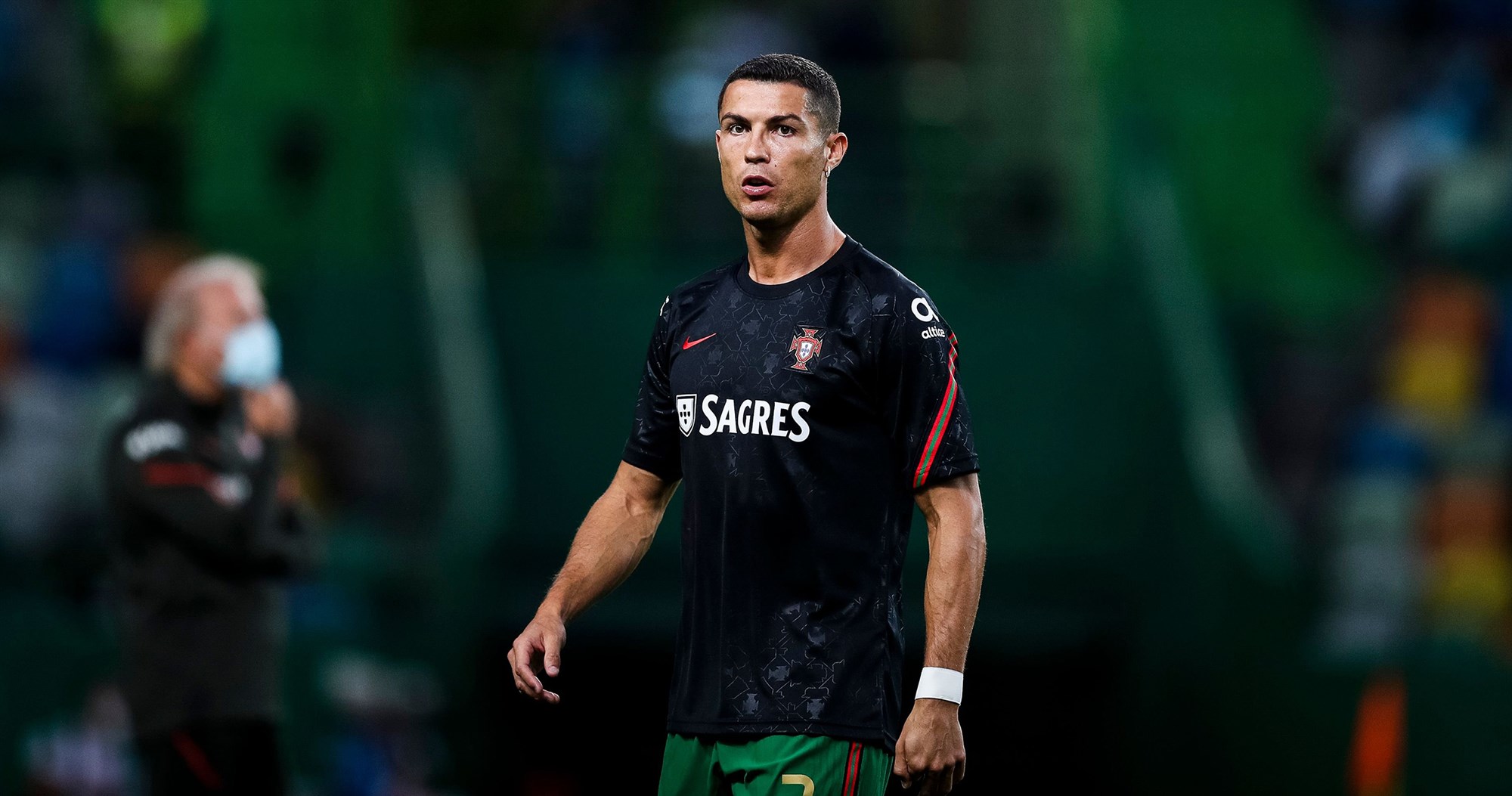 Portugal's forward Cristiano Ronaldo warms up before the friendly football match between Portugal and Spain at the Jose Alvalade stadium in Lisbon on Oct. 7, 2020. (File photo: AFP)

Football superstar Cristiano Ronaldo and men's golf world number one Dustin Johnson both tested positive for the coronavirus as a surge in cases cast a shadow over the return of professional sport.

Ronaldo, the 35-year-old five-time Ballon d'Or winner, is asymptomatic but has withdrawn from Portugal's Nations League game against Sweden on Wednesday. He played in Sunday's 0-0 draw against France.

"We have respected all the health measures... and yet it happened," Portugal coach Fernando Santos told reporters. The rest of the Portugal squad, and France's players, have all tested negative.

America's Johnson, 36, was forced out of this week's CJ Cup in Las Vegas as he became the highest-profile golfer to test positive for Covid-19. Johnson said he was "very disappointed".

The positive tests by two of the world's top athletes highlight a rash of cases coinciding with the return of many sports competitions in recent weeks, often in bio-secure "bubbles" and behind closed doors.

The cases, seen everywhere from football to cycling, rugby union, rugby league, American football and Formula One, also mirror a surge in Covid-19 across much of the world, including Europe and the United States.

Professional sport was brought to a halt worldwide as the pandemic advanced in March, threatening an industry estimated to be worth hundreds of billions of dollars. But many competitions have now emerged from their shutdowns.

Ronaldo, one of the world's best paid athletes, was "fine and sunbathing" after his positive test, according to Juventus team-mate Giorgio Chiellini.

However, the incident renews controversy over his departure from Turin, where health authorities said it was a breach of virus protocols, and underlines the difficulty of international competition.

Ronaldo and other Juventus stars left to join up with their national teams despite the Italian champions' squad being in isolation after two staff members tested positive.

Elsewhere, Scotland and Ireland's plans for crucial Euro 2020 playoff matches were also disrupted by coronavirus cases, while others were forced into self-isolation after team-mates tested positive.

China-based Italy forward Stephan El Shaarawy tested positive and then negative before a friendly against the Netherlands in Bergamo, intended as a tribute to the city which was hard-hit by the pandemic.

Coach Pavel Hapal was among nine cases in Slovakia's camp ahead of Wednesday's Nations League match against Israel. And Senegal's home friendly with Mauritania was called off after the visitors reported eight positive tests.

England manager Gareth Southgate, whose team play Denmark on Wednesday and are due to face New Zealand, Belgium and Iceland next month, defended the decision to press ahead with international games.

"The reality of the world at the moment is we don't know what the rules will be. In this day and age you have to live form week to week," said Southgate.

"There is no reason international football should be a higher risk."

American football is also under pressure with the National Football League admitting the season could be extended after games were moved following a cluster of cases affecting the Tennessee Titans and New England Patriots, including Patriots quarterback Cam Newton.

"We will have flexibility to be able to complete our season for the Super Bowl. That's the goal," said NFL commissioner Roger Goodell. However, officials played down the prospect of finishing the post-season in a bubble.

In cycling, two teams, Mitchelton and Jumbo-Visma, were forced out of the Giro d'Italia after eight positive cases in one day. The three-week race, now down to 21 teams, still has nearly two weeks to run.

"In the hotel buffets, there were people who were not part of the bubble," he told The Cycling Podcast.

In English rugby league, Salford will have to make team changes for the Challenge Cup final against Leeds, after two players tested positive and two were inconclusive.

A number of rugby union players, including Italy's Gloucester scrum-half Stephen Varney, have also tested positive. But after the coronavirus was contained in New Zealand, the All Blacks and Australia will play the second Bledisloe Cup Test in front of packed crowds in Auckland on Sunday.