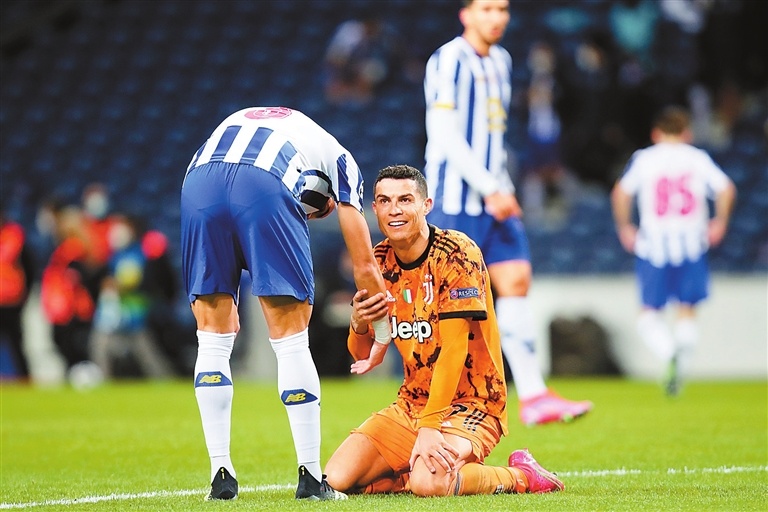 Mehdi Taremi put the hosts ahead after just a minute at Estadio do Dragao following a Rodrigo Bentacur defending error. Moussa Marega added a second straight right after the break.

But Federico Chiesa pulled a goal back with eight minutes to go to keep Juventus afloat with the second leg in Turin on March 9.

It was a lackluster performance from the Italian giants, chasing their third Champions League title and first in 25 years.

Ronaldo wanted a penalty late but was denied, though the one-goal deficit does set up nicely for his usual second-leg magic.

Erling Haaland’s powerful drive started a 1-2 that became Dortmund’s second goal before the half-hour mark as had a 2-1 lead and a pair of away goals before halftime.

Haaland had two goals and an assist on the day, the latter coming on the first goal. The Norwegian carried the ball out from the right touchline to get an assist on Dahoud’s opener, a powerful drive from just outside the 18.

BVB’s second was Haaland driving through the middle of the pitch to give up the ball to Jadon Sancho for just a second before sliding the ball past the keeper.

He’d score his second goal when Marco Reus slipped him down the right side for a low drive under Bono.

Luuk de Jong showed great coordination to take a free kick out of the air and side-foot past Marwin Hitz to lower Dortmund’s advantage to one heading to Germany.