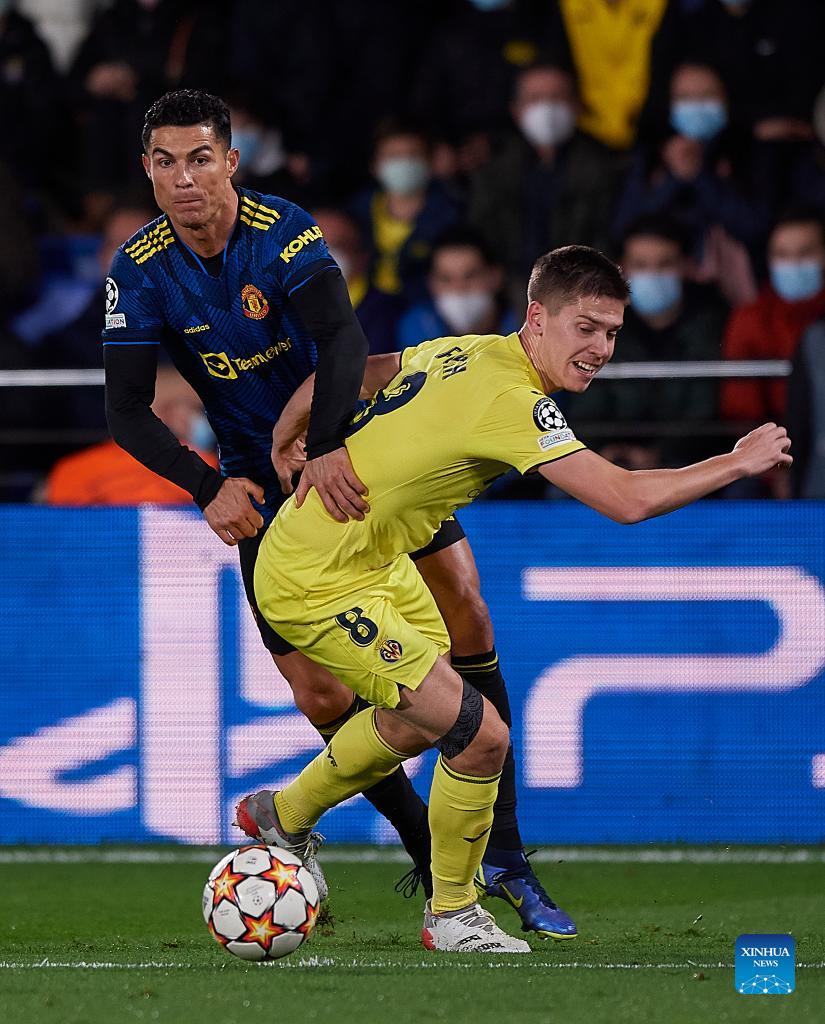 Cristiano Ronaldo (L) of Manchester United vies with Juan Foyth of Villarreal during the UEFA Champions League Group F match between Villareal of Spain and Manchester United of England in Vila-real, Spain, on Nov. 23, 2021. (Str/Xinhua)

Portuguese star Cristiano Ronaldo is to leave Manchester United by mutual agreement, with immediate effect, announced the English Premier League side on Tuesday.

Ronaldo, 37, rejoined United last August, but could hardly make the starting lineup under the reign of head coach Erik ten Hag since the Dutchman arrived at Old Trafford this season.

Ahead of the World Cup, Ronaldo criticized both the club and the manager publicly in an interview which led to the decision on Tuesday.

"The club thanks him for his immense contribution across two spells at Old Trafford, scoring 145 goals in 346 appearances, and wishes him and his family well for the future," read the statement.

"Everyone at Manchester United remains focused on continuing the team's progress under Erik ten Hag and working together to deliver success on the pitch."

Ronaldo is currently with Portugal at the World Cup in Qatar. Their opening match against Ghana is scheduled on Thursday.