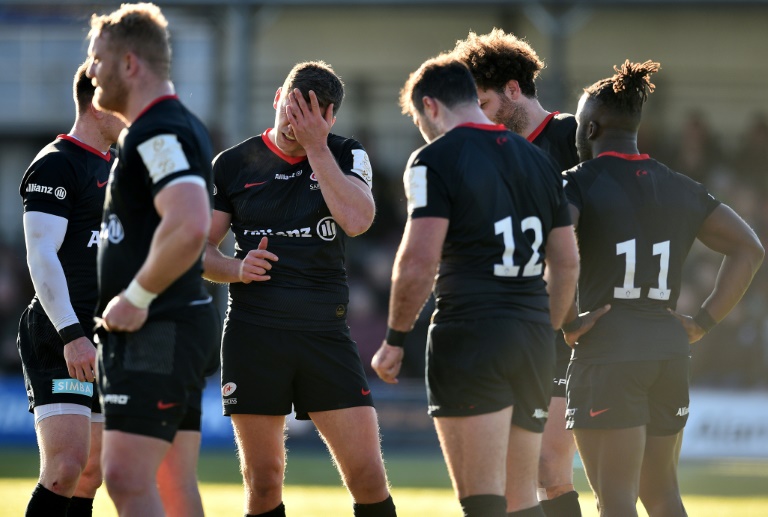 Premiership Rugby has published the report into the salary cap breaches by Saracens that led to the European champions being punished with relegation from the English top-flight.

Saracens were fined more than £5 million ($6.5 million) and docked 35 Premiership points after a hearing found they failed to disclose payments to players and exceeded the wages ceiling in each of the three seasons up to 2019.

Under the salary cap regulations, the decision of the panel chaired by Lord Dyson had previously remained confidential and only a summary had been made public.

But Saracens this week called for the details to be made public and, on Thursday, Darren Childs, chief executive of Premiership Rugby, said: "We are pleased to be able to finally publish the full judgement on Saracens' breaches of the salary cap in the last three seasons.

"Now that everyone can see the details, the decision will show that Premiership Rugby has taken firm action to enforce the regulations and our management of the salary cap has been endorsed by the panel."

Saracens will be relegated at the end of this season due to breaches of the cap and the report is separate to a wide-ranging review being carried out by Lord Myners.

In a summary of the decision, the panel said that Saracens "continuously and recklessly failed to comply with its obligations to co-operate with the SCM (salary cap manager).

"This failure was all the more serious because in 2015 Saracens settled an earlier charge by PRL of failing to co-operate with the SCM."

The breaches for 2016-17 and 2018-19 were "several and not isolated and involved Saracens massively exceeding the cap for these two years".

The three-man panel led by Lord Dyson rejected the argument of former Saracens chairman Nigel Wray, who bankrolls the club, that investment is not salary.

The report details how Wray entered into property investments with a number of players, whose names have been omitted as part of the redaction.

The report says: "We are satisfied that these capital contributions were salary".