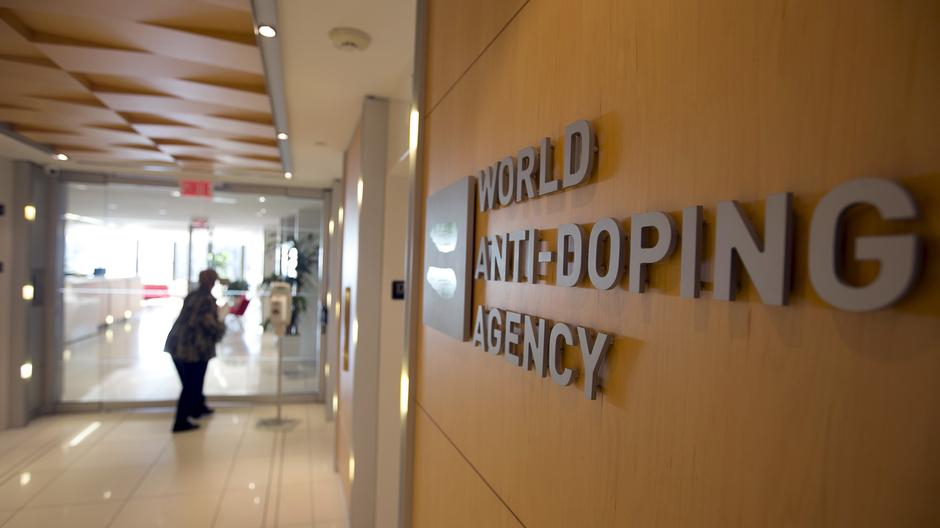 A woman walks into the head office for the World Anti-Doping Agency (WADA) in Montreal, Quebec, Canada on November 9, 2015. (Photo: CGTN)

Russia says it will appeal against the four-year global sporting ban imposed by the World Anti-Doping Agency (WADA).

The decision means Russia won't be able to compete under its own flag at next year's Olympics in Tokyo.

Craig Reedie, the president of the World Anti-Doping Agency, addressing the media at a news conference, defended the decision. "Russia was afforded every opportunity to get its house in order and to join the global anti-doping community for the good of its athletes and for the good of the sport, but it chose instead a different route."

Russian officials are also prevented from attending international sporting events and the men's football team won't be allowed to play under the Russian flag at the 2022 World Cup.

Doping data manipulation is an illicit way to try to improve medal chances and Russia will now be shut out on the world stage after being found to be "non-compliant:"

However, for many Russian politicians, this was a political move.

The head of Russia's Olympic Committee, Stanislav Pozdnyakov, admitted it was a "predictable, disappointing" decision and MP Svetlana Zhurova saying that while this is "a major blow for Russian sport, it's just a continuation of attempts to push Russia out of the global sports arena."

And for Prime Minister Dmitry Medvedev, it is a decision that must be appealed against.

The Court of Arbitration for Sport has overturned doping bans for some Russian athletes in the past.

But the man at the top of the Russian anti-doping agency thinks Russia will not win the case this time around.

Yuri Ganus says two things are critical for the country to move forward.

"It's crucial for us to change approach: the terrible, old-school, ineffective approach that is driving our sport deeper into deadlock. That's number one," Ganus said.

"Number two is that we need to change the people – it's crucial because of the tragedy of the current situation. Five years into the crisis and we have four more years ahead. Altogether it's nine years – that's someone's whole career in some sports."

After the success of the Sochi 2014 Winter Olympics and the prestige of hosting last year's football World Cup, Russia now risks being left on the sidelines of global sport.