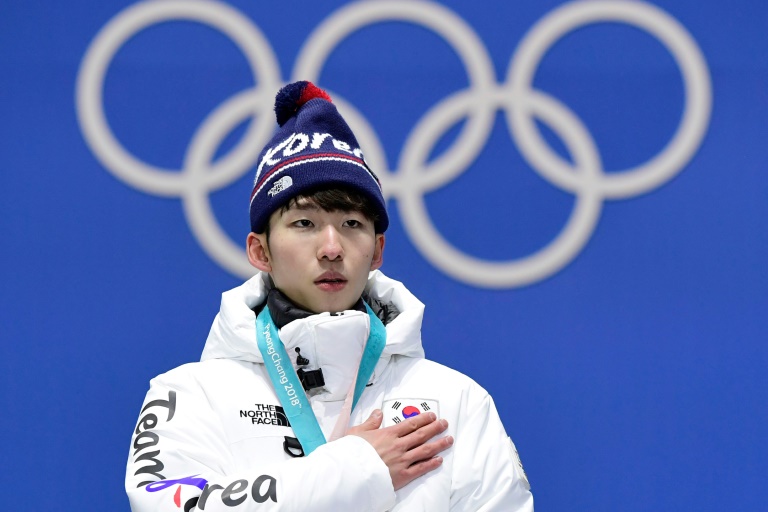 But last year he was charged for forcibly pulling down the victim's clothing in front of teammates at the national training centre, and in August was banned from competition for a year.

He was fined 3 million won ($2,500) and ordered to undergo 40 hours of therapy for sex offenders, a spokesperson for Seoul Central District Court told AFP.

The South is a regional sporting power and regularly in the top 10 medal table places at the summer and winter Olympics.

But in an already intensely competitive society, winning is virtually everything in its sports community -- and physical and verbal abuse are rife.

The coach was jailed for a year-and-a-half.

Also in 2019, a male skater was suspended for a month after secretly getting into the female dorm at the national training centre.