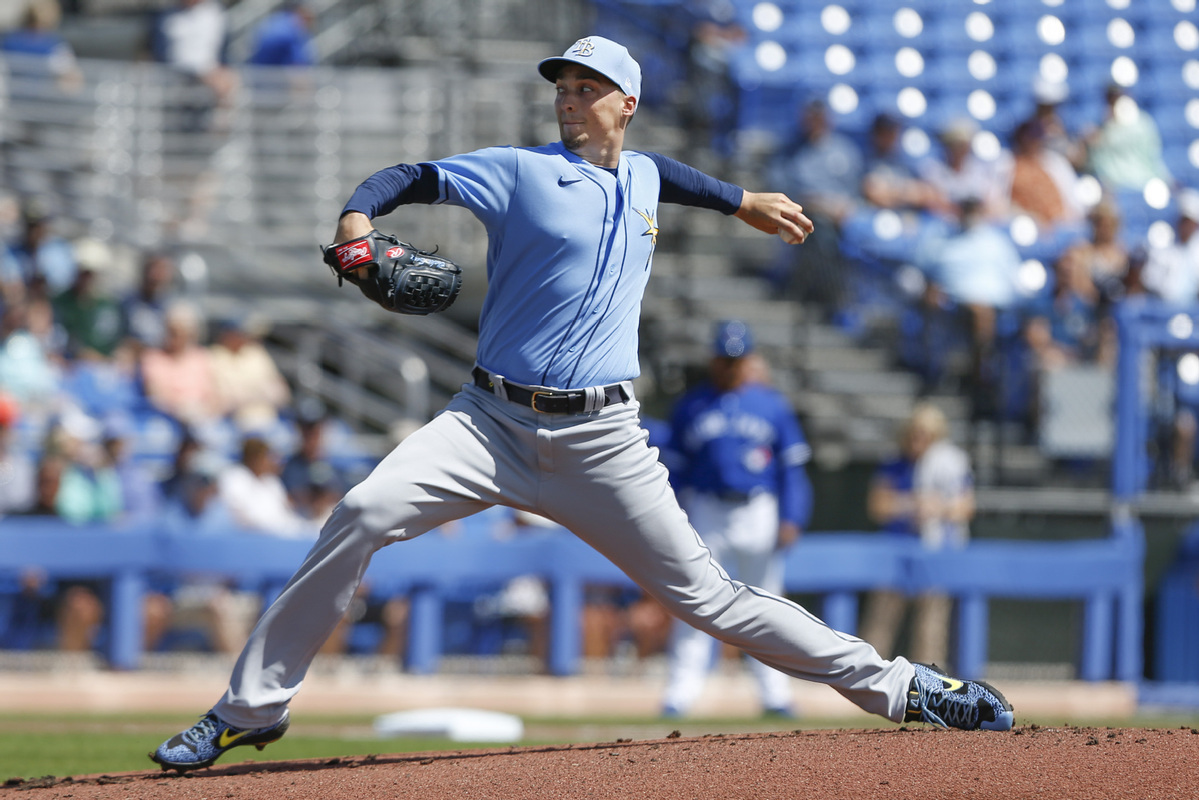 Tampa Bay Rays All-Star pitcher Blake Snell says he will not take the mound this year if his pay is cut further. "I'm not playing unless I get mine," the 2018 American League Cy Young Award winner said on a Twitch stream last week. (Photo: Agencies)

If and when Major League Baseball launches its 2020 season, there's a chance some of the game's biggest names won't be part of it.

Ever since Tampa Bay Rays ace left-hander and 2018 Cy Young winner Blake Snell said last week that playing a partial season for anything less than his full $7 million salary is "just not worth it", he's gained some high-profile support.

"For me to take a pay cut is not happening, because the risk is through the roof," Snell said on his Twitch channel. "No, I gotta get my money. All of it. I'm not playing unless I get mine, OK? And that's just the way it is."

On the weekend, Philadelphia Phillies superstar Bryce Harper praised Snell for speaking out.

"He ain't lying, he's speaking the truth," Harper said during a live Twitch stream provided by NBC Sports. "I ain't mad at him. Somebody's gotta say it. At least he manned up and said it. Good for him. I love Snell, the guy's a beast. One of the best lefties in the game."

In March, the MLB Players Association agreed to accept prorated salaries in 2020, based on the number of games played. Last week, the owners approved a new proposal asking the players for a 50-50 revenue split because of the "extraordinary circumstances" brought on by the coronavirus.

The latest proposal seeks further reduction of prorated pay because of projected financial losses from a season with no fans in the stands.

Players' union executive director Tony Clark called the owners' proposal a "non-starter … another sly attempt to institute a salary cap, for which the players will never agree".

Harper has a lot more at stake than Snell. The outfielder is in just the second year of a 13-year contract worth $330 million and is due to be paid $27.5 million this season. On a prorated deal, he could end up taking home less than half that.

But not all the players are in Snell's corner. Colorado Rockies third baseman Nolan Arenado told The Athletic: "I think he was being honest, just being real.

"He made a lot of good points. There are some points he made that were true, that are facts. But a lot of it gets misperceived. Trying to get the public to understand us, it's not going to work very well in our favor.

"A lot of people in this world are struggling a lot harder than us. Some people might see him as a complainer."