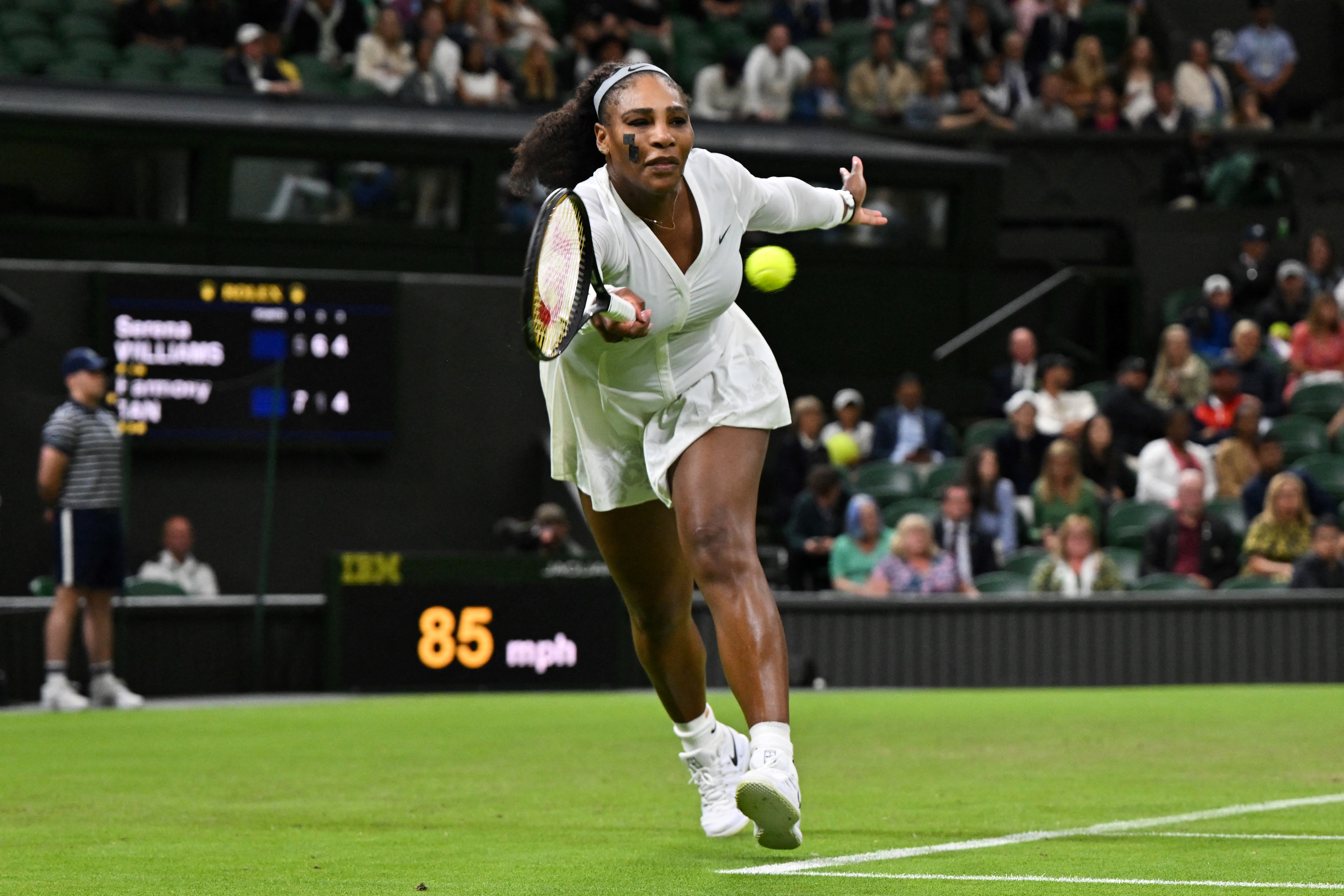 US player Serena Williams returns the ball to France's Harmony Tan during their women's singles tennis match on the second day of the 2022 Wimbledon Championships at The All England Tennis Club in Wimbledon, southwest London, on June 28, 2022. (Photo: AFP)

Serena Williams was defeated in her first singles match for a year on Tuesday, going down 7-5, 1-6, 7/6 (10/7) to unseeded Harmony Tan in the first round of Wimbledon.

Seven-time champion Williams was cheered as she walked onto Centre Court for the evening match, but she looked rusty and was broken in her first service game.

Williams, far below her imperious best and apparently lacking fitness, bounced back, breaking in the fourth game to level at 2-2, buoyed by a supportive crowd at the All England Club.

The pair swapped further breaks but Tan, ranked 115th, broke again in the 11th game and held her nerve to close out the set 7-5.

Williams, a 23-time Grand Slam singles champion, broke after a mammoth second game of the second set and went on to level the match 6-1.

The American was first to break in the decider but Tan levelled at 3-3.

Williams broke again in the ninth game, throwing her arms into the air in jubilation but faltered as she served for the match.

She faced a match point on her own serve in the 12th game but saved it with a forehand volley, taking the contest into a third-set tie-break.

Williams stepped up a gear, winning the first four points as the match, under the Wimbledon roof, ticked past three hours.

But still her French opponent was not down and out, winning the next five points to edge ahead.

Williams, looking out of breath, could not find inspiration netting when facing a second match point.

"I'm so emotional now," said Tan. "She's a superstar. When I was young, I was watching her so many times on the TV.

"When I saw the draw, I was really scared. She's such a legend. I thought if I can win one game, two games, that would be really good for me."

Twelve months ago, Williams quit her Wimbledon first-round match in tears after suffering an injury and she had not played singles tennis since until Tuesday.

Doubts had been growing about whether the former world number one -- who has slumped to 1,204th in the rankings after her period of inaction -- would return to the sport.

But she warmed up by teaming up with Ons Jabeur in the doubles at Eastbourne last week.

Williams, 40, won the last of her seven Wimbledon singles titles six years ago but reached the final in 2018 and 2019.

The American, who was given a wildcard for this year's tournament, remains stuck on 23 Grand Slam singles wins -- agonisingly one short of Margaret Court's all-time record.