At 8:45 pm on Sunday, a focus match for the 2019-2020 season in Serie A-Inter’s derby against AC Milan was held at the stadium in Milan, Italy. More than 75,000 fans attended the match. In the end, Inter Milan reversed the victory by 4: 2 and returned to the top of the league. 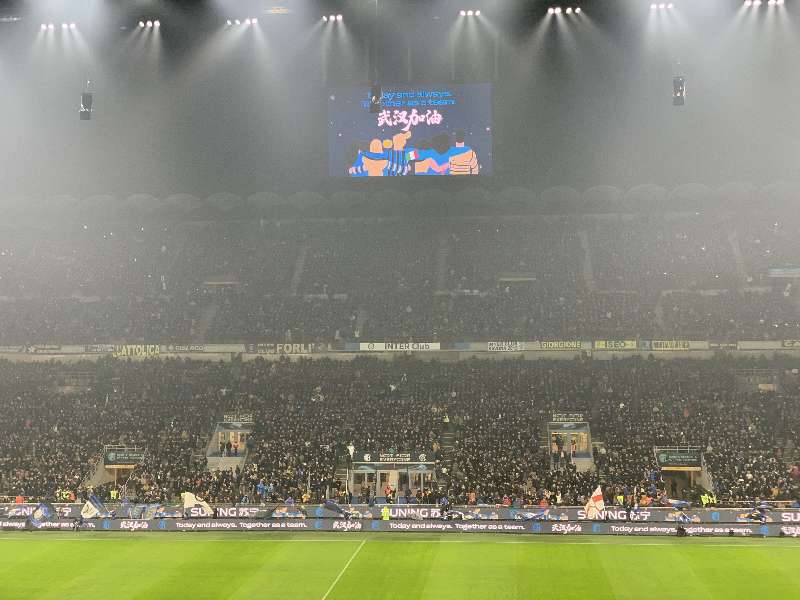 During the game, the blue and black jerseys worn by the Inter Milan players, as the home team, had been printed the message: “China cheer up” with a man wearing an Inter Milan jersey hugging his friends who are holding the Italian flag and Chinese knot. 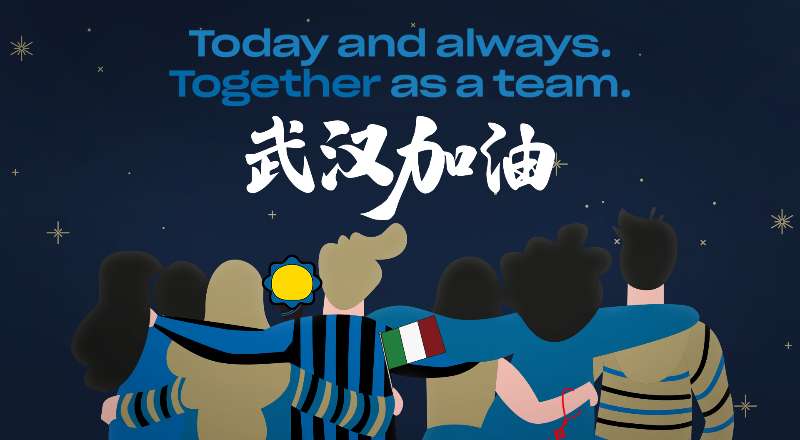 (Photo from the official site of Inter Milan)

Meanwhile, on the decoration plate, LED billboard and large screen in the Stadium Giuseppe Meazza, the Chinese message of "Wuhan cheer up" and the English message of "today and always. Together as a team" were displayed throughout the match.

After the game, the match-shirts worn by Inter Milan’s five players will be signed by the players and auctioned by the Suning Amity Foundation. All proceeds from the auction will be donated to Wuhan, the epicenter of the novel coronavirus pneumonia (NCP) outbreak. Previously, the Inter Milan Club had donated 300,000 masks to Wuhan.