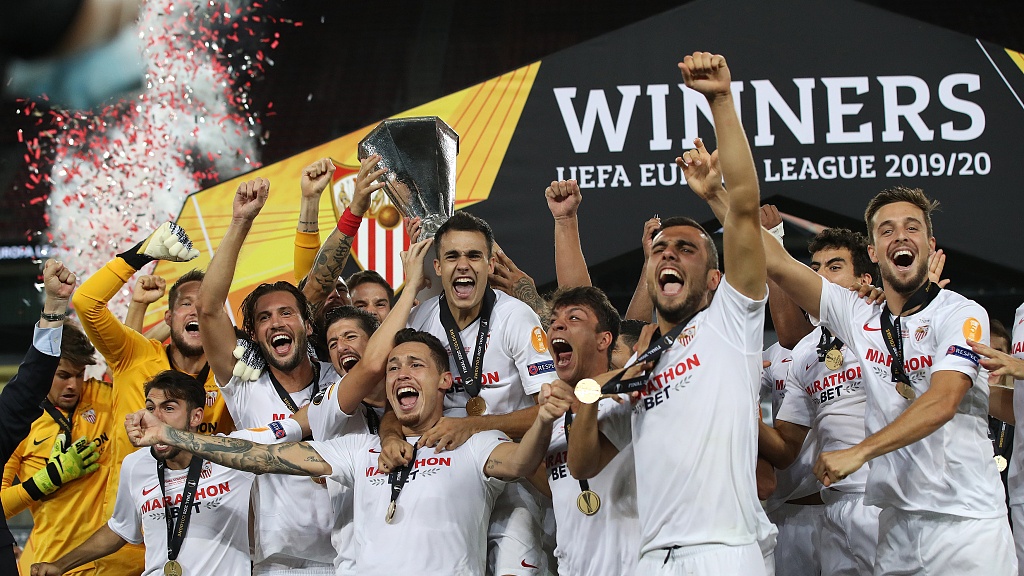 Sevilla won a record sixth Europa League title over Inter Milan by 3-2 in the final in Cologne on Friday.

It was an astonishing anti-climax to Lukaku's first season at Inter after he had set the longest scoring run by a player in UEFA Cup/Europa League history when he netted in the 11th successive game to give Inter an early lead.

Lukaku also equaled former Brazil striker Ronaldo's club record of 34 goals for Inter in a season in all competitions, but it was scant consolation as gritty Sevilla claimed a record-extending sixth title in Europe's second-tier competition. 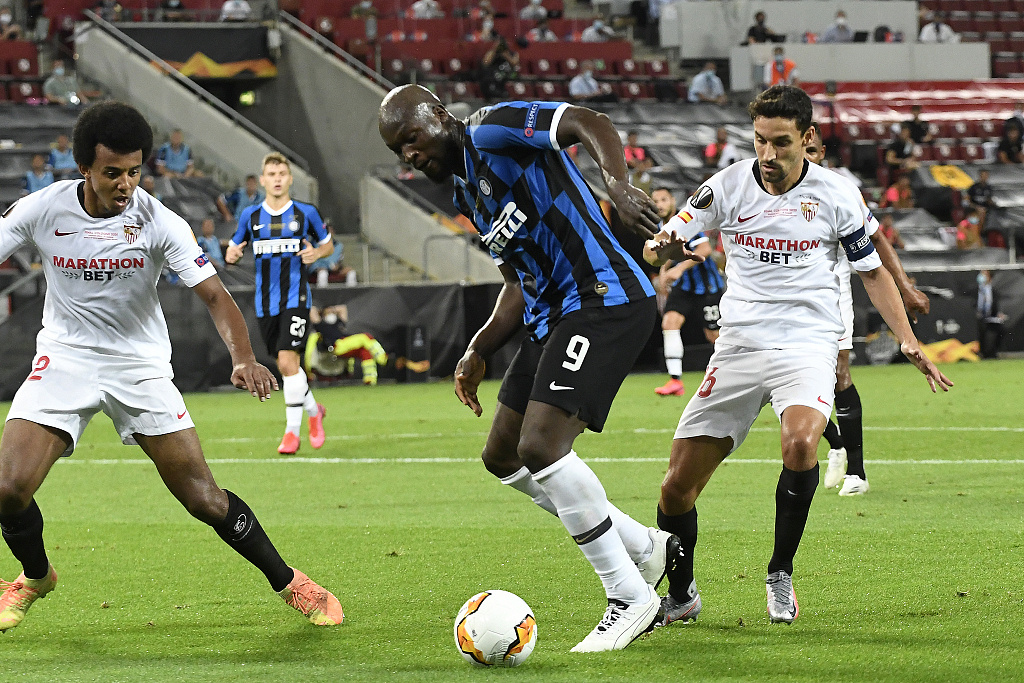 Lukaku fired Inter ahead with a fifth-minute penalty after he raced away from Diego Carlos when the Italian side broke away from inside their own area.

The lightning counter ended with the Sevilla defender tripping Lukaku before the towering Belgium striker steered his spot-kick past goalkeeper Yassine Bono.

De Jong, who came off the bench to score Sevilla's winner in a 2-1 semi-final win over Manchester United, showed his predatory instinct again with a pair of headers which turned the tide.

The Dutchman leveled in the 12th minute after a delightful cross from the right by Jesus Navas and then beat Inter keeper Samir Handanovic in the 33rd with a looping header after Ever Banega floated in a free kick.

However, Sevilla's joy was short-lived as they were also undone by a fine set piece three minutes later, with Croatia midfielder Marcelo Brozovic swinging in a free kick for Diego Godin to head home from close range.

A rip-roaring first half ended with Lucas Ocampos shaving the bar with a header as both sides surged forward in relentless end-to-end action. 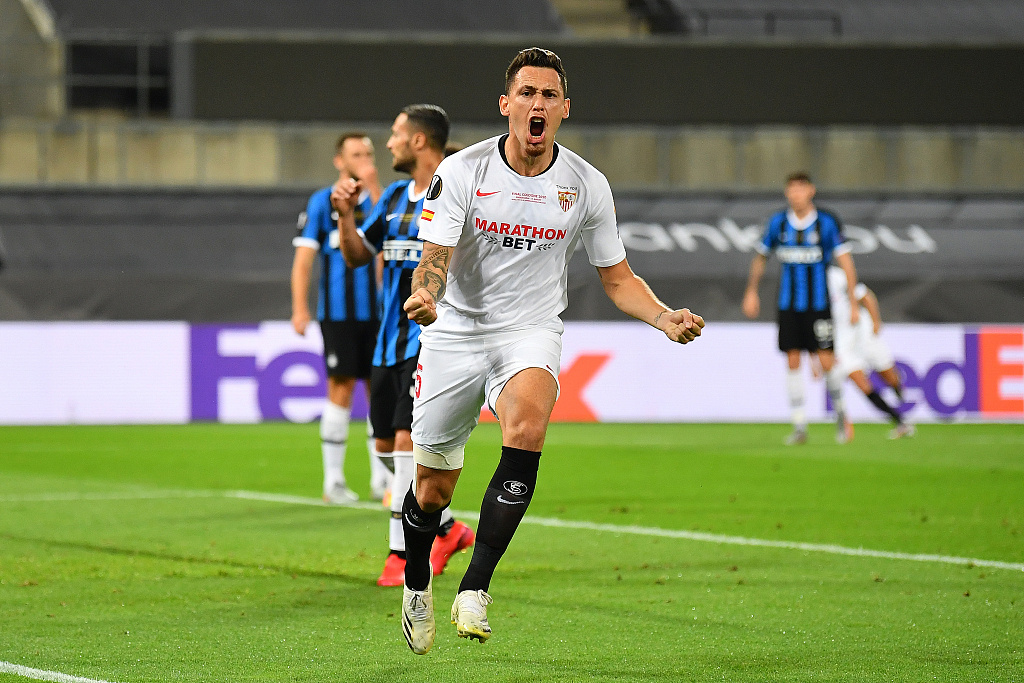 The pace dropped after the break before Lukaku spurned a gilt-edged chance in the 65th minute, as he could only muster a tame shot at Bono after racing clear of Diego Carlos again from the halfway line.

Lukaku compounded his second half nightmare in the 74th minute as Carlos, who was lucky not to be sent off when he conceded the penalty, unleashed a speculative overheaded kick after Inter failed to clear yet another set piece.

The ball seemed to be going wide of Handanovic's left-hand post but Lukaku instinctively stuck his foot out and it ended up in the roof of the net.

Inter missed their best chance of forcing extra time when Jules Kounde cleared the ball of his line after a goalmouth scramble and Sevilla held on in the dying minutes under intense Inter pressure.

It was a joyful end of the season for their coach Julen Lopetegui, who won his first trophy as coach at senior level after a torrid period which saw him sacked by Spain and Real Madrid.