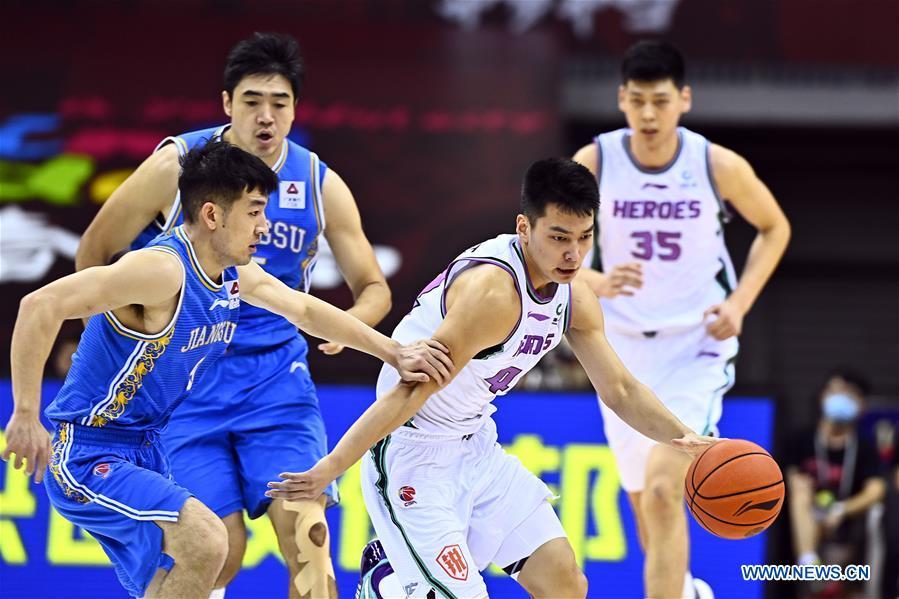 After Jiangsu defeated Shandong two days ago, Shandong needed a win. Shandong started an 8-0 scoring run at the beginning. Both sides fell short in scoring as Shandong finished the first period 17-16.

Antonio Blakeney of Jiangsu posted 16 points in the second period, leading the team to a 43-41 comeback before the break.

As the game restarted, Tao Hanlin and Zhang Qingpeng of Shandong worked hand in hand to pull back the lead. Shandong once had a 10-point lead and the third quarter ended with 70-61.

Jiangsu managed to cut the deficit to four points. Zhang Hui of Shandong sealed the victory with a 3-pointer.

Antonio Blakeney had a game-high 31 points, but only one teammate Huang Rongqi had a double-digit score (20 points). Tao Hanlin recorded a team-high 17 points and 14 rebounds.